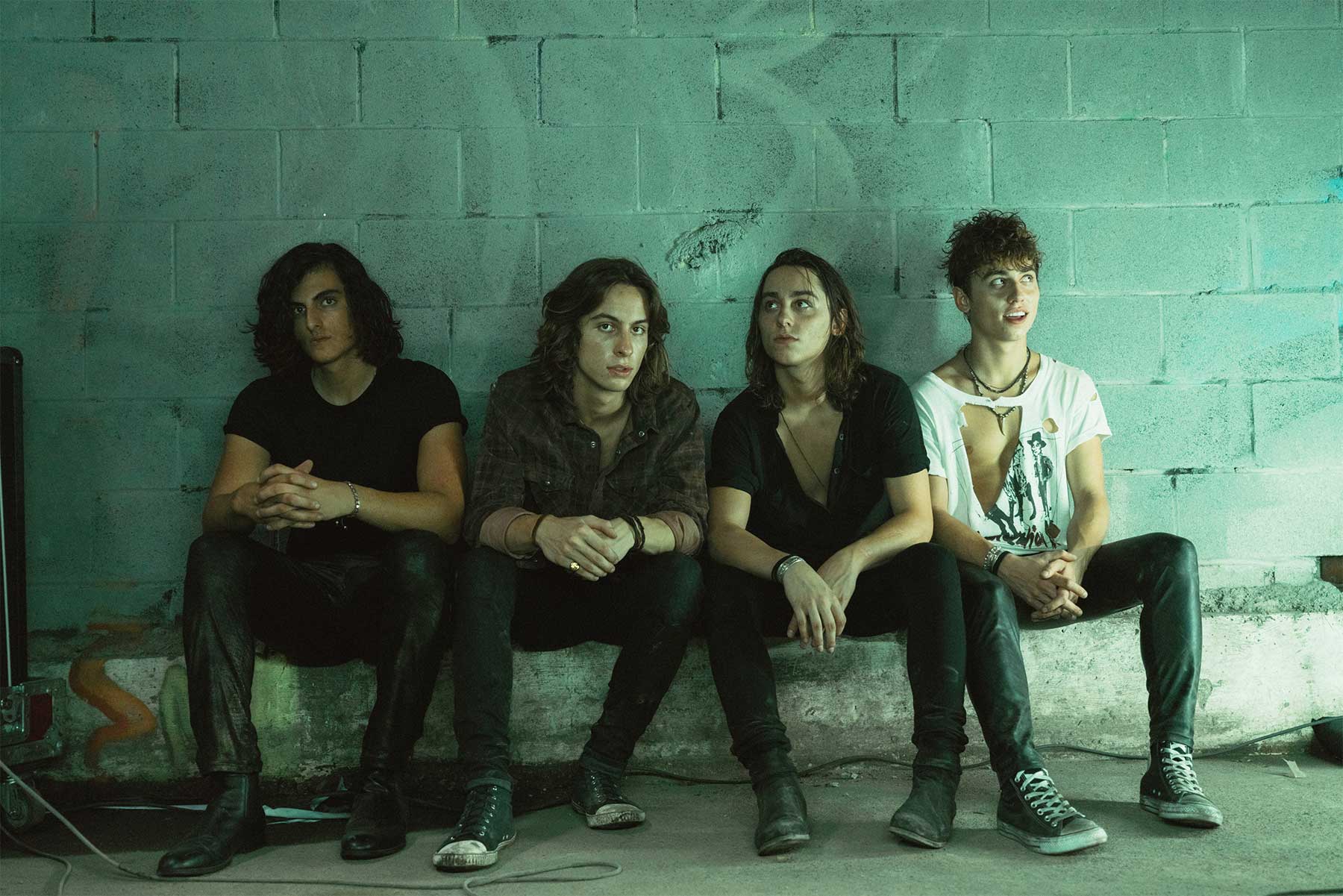 Ripped right from the sound of rock's greatest albums, Greta Van Fleet -- three brothers and a friend -- finds their inspiration in the true roots of rock and blues

Larry Williams was a pioneer of rock and roll. His songs fed generations of musicians that would follow in his footsteps — including The Beatles, The Rolling Stones, and John Lennon — and a number of bands from the British Invasion-era covered his songs. A man who would know from experience, Williams once said, “Rock and roll has no beginning and no end for it is the very pulse of life itself.” If you were dissect any active band today, you would find Williams’s wisdom to be true: No matter what you’re jamming right now, it’s all a leaf from the same tree, and, in some way, is rooted deeply in us all. The young men in Greta Van Fleet are proof.

GVF, a quartet filled with twin brothers, a third brother and a friend, max out at 21 years of age, with the bulk unable to vote in last year’s election. But that rock vein, planted over 50 years ago, runs strong through the ages. Josh Kiszka, Jake Kiszka, Sam Kiszka and Danny Wagner formed their sound quickly, under the influence of the Kiszkas’ father, a man who introduced them to the blues.

In the ’50s, when Williams was beginning his rise as a bluesman, the genre started to take shape with Chuck Berry, Bill Haley, Bo Diddley securing their places in history. Eventually, it would transcend into what the world came to know as the first rock and roll music. Each generation consumes it, regurgitates it and it evolves until, here we are, 60 years from when American rock was born, with innumerable sub-genres and crossbreeds. It leaves a number of bands putting their own spin on an old sound, but what if your goal is to pay homage, to resurrect, to honor that historical staple? As an artist, how do you share a sound the world has known, loved, and grieved the loss of, and still make it a relevant creation?

Greta Van Fleet have explored this question and decided that genuine authenticity is the only answer. With their uncanny 1970s classic rock style, precise down to the wicked howls, vocal styling, colorful guitar solos, and a wardrobe that no one else in their generation could pull off, they’re representing rock in the flesh.

Make no mistakes, their semblance to the past is but an inspiration not a template. With music and songs all their own and (literally) their entire adult lives before them, GVF is the face of the new generation of classic rock. To get some firsthand perspective on this evolutionary experience, we spoke with lead guitarist Jake who was kind enough to dedicate some time to talk shop. He filled us in on who exactly the band is, what’s made them who they are, and provided the backstory of their catchy but unusual name.

You’ve managed to capture the authenticity of a very special and specific time in music history without coming off as an imitation. That is very difficult to do.
Jake Kiszka: Each one of us plays the way we play naturally, that’s what gives our music its uniqueness. We don’t imitate; our music is created because of the truth we play with, and it sounds the way it sounds.

What is it like reviving a genre that was so wildly successful in the past but had hit a lull for decades before you arrived?
If we define what successful means, it was because of how great the music was. Generations that came after got their musical influences elsewhere. The evolution of music went in a different direction and that created the lull. But now, my generation has rediscovered that great music, those influences. The musical innovation and creativity of that generation is becoming relevant to my generation, and people are actually playing their instruments again! 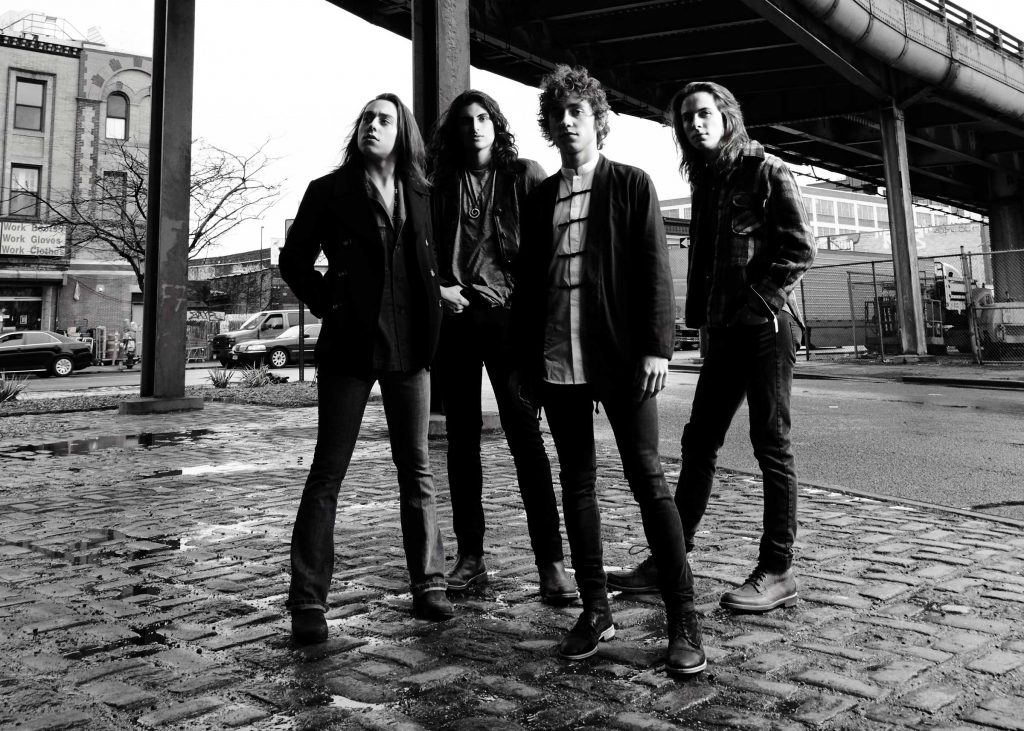 It seems almost intuitive who your influences must be, but one can never be sure. Who inspires your sound?
All four of us listened to blues growing up. All the old bluesmen: Howlin’ Wolf, John Lee Hooker, Elmore James, Lightnin’ Hopkins.

I was also into the British Invasion and those bands’ interpretation of the blues, like The Who and The Yardbirds. I guess you could say that our music reinterprets the reinterpretations. That’s what inspires our sound. There’s this thing I say a lot: “You know when someone’s lying to you or when something is manufactured.” You can hear the truth. You can’t manufacture emotions. In the blues, you hear the truth. You can’t take that honesty away from the blues, even when you combine it with rock.

Who is Greta?
Her name is actually Grenta Van Fleet. She’s a town elder and a musician in Frankenmuth where we live. We were all sitting around, we had a show the next day, and we didn’t have a band name. Our old drummer had just had lunch with his grandpa, who had to go chop wood for Grenta. We thought that was a cool name, but we dropped the ‘n’ so it would roll off the tongue easier. We played that first show as Greta Van Fleet; the name was on the marquee. Lots of people in Frankenmuth called and asked her if she was going to be performing there!

And she showed up for the show, stayed until the end.

There are three Kiszkas in the band, surely that can’t be a coincidence. What is the GVF origin story?
Yes, we are brothers. Josh (vocals) and I are twins and Sam (bass) is our younger brother. We grew up in a creative, artistic, free environment with music all around us. I started playing when I was very young. I was the first to pick up an instrument — one of my father’s instruments. I crawled across the floor with it. My mother told my father to take it away from me, that I could damage it, but my father thought I’d eventually get tired of it so he didn’t take it away.

When I was 16, I pretty much started the group. Josh came out to the garage and started to practice. Then Kyle came over to play drums, and then Sam started coming out to play bass.

How was the tour with The Struts?
Well, I didn’t expect getting so little sleep! There’s one of three places we’re going to be when we’re on the road: in the van, at the venue, or at the hotel. It was tiring but exhilarating, and we got to make our music. And the reception was insane, which was something we hadn’t expected. After every song, we’d get this loud and great response from the crowd. Even after the end of our set when we had walked off the stage, they were still cheering. When we finally had to go back onstage to strike our gear, they were still cheering! We certainly were not expecting that reaction.

We hit it off with The Struts; there wasn’t much time to talk and hang out after the shows, but they were so personable with us. Lou came out to talk with Danny and I at the first show, and we found out we share a similar appreciation for music. They do things differently than we do; they’ve got a great energy, and that’s inspired us.

You guys are just getting started. Where can the world expect to see you in five years time?
The bigger the venue, the more people we can reach, the more we can share our music and message. Larger venues would be beautiful.

We’ve all got dreams, and in music it seems artists aspire to share a stage with someone they consider great. Dead or alive, who would you guys want to perform with?
There are so many artists who we respect and idolize, just one answer is very difficult. For me, personally, the artists relevant in this generation, like U2, would be incredible. They make the coolest music and seem like they would be the coolest guys, so… Imagine doing a show with them, meeting all of them, playing in front of an audience like U2’s?

And hey — why not The Beatles?

Greta Van Fleet was posted on June 14, 2017 for HM Magazine and authored by Danielle Martin.