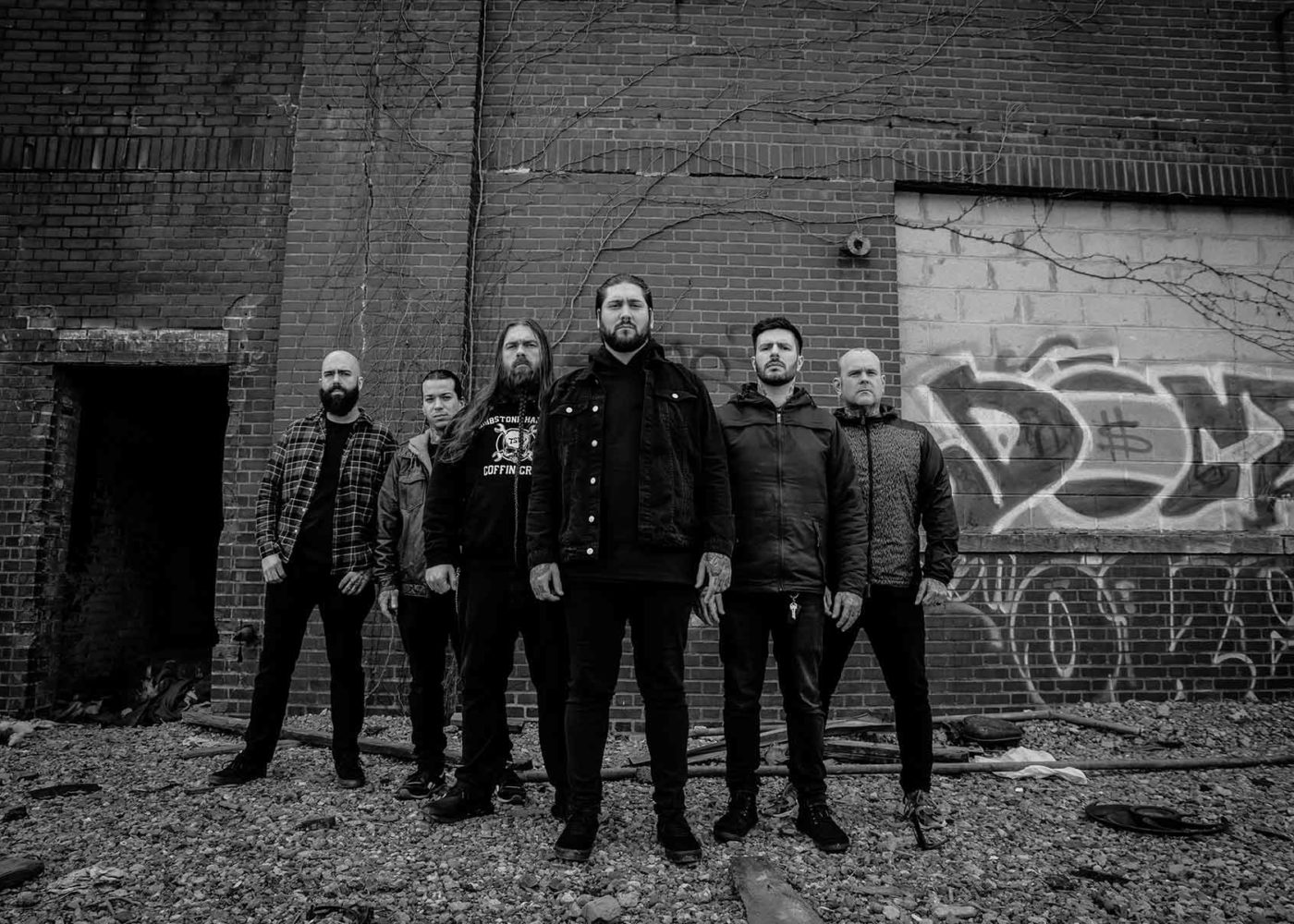 Fit for an Autopsy

"I feel like there’s nothing more impactful than basing your record around those events that are actually part of the world." Fit for an Autopsy takes on the need for humanity's change on 'The Sea of Tragic Beasts,' the band's fifth album that Will Putney describes as "a little outside the box."

He’s one of the most prolific producers, mixers, and audio engineers in the heavy music world for well over a decade now.  With a Grammy nomination and a Platinum record both credited to his production prowess, Will Putney has every reason to be proud of the legacy he’s created for himself, one he’s in the throes of building.

But you won’t find him resting within the confines of that role alone. Some people may even know the New Jersey native better as a guitarist and founding member of the deathcore harbinger Fit for an Autopsy. The band – which helped pave the way for the unique melding of death metal, punk, and hardcore – has gained popularity continuously as the years have trod on, now on the heels of their fifth album, The Sea of Tragic Beasts.

Already dropping singles that are lyrically fresh and expectedly heavy, the hype for the new album grows alongside fans adding to their number. Putney reflects on the real-world inspiration behind the record with candid honesty. He speaks directly about the issues that plague his internal convictions. We discuss his sober realization that humanity is to blame for its own undoing. We lament how the race’s self-serving lifestyle helped form one of the theses of The Sea of Tragic Beasts on which he makes it clear: We will either learn to salvage our future or ultimately perish.

The Sea of Tragic Beasts is set for release on Oct. 25.

HM: The new album is based on the title track “The Sea of Tragic Beasts.” The song is this brutal primal imagery that correlates to humanity and how we’re out for ourselves. Is that the theme of the album?
Will Putney: That’s definitely what the title track was about. I feel like (the band) always tries to take two sides and paint a picture of what’s going on, find something we can be mad at, or address an issue. But there’s always a flip to that and how that event or situation affects you. It’s the combination of the two things that are usually where we get our inspiration from.

I like having that additional layer to it. The themes throughout the record definitely carry both of those (sides). That’s why I like that phrase “sea of tragic beasts,” and I wanted it for the album title because it was the jump-off idea. Everything we talk about is under that umbrella.

“It all really came from having an idea that was unique and being recognized for it, and now we just want to push that forward.”

It seems like in the past your albums have vacillated between this global focus to an introspective personal storyline. Will Sea of Tragic Beasts be like that as well?
I think it’s back and forth. We always will address things that we care about, social issues we want to have an opinion on. I feel like it does touch on both sides, but it’s a bit more varied in lyrical content than in the past.

Would you be willing to elaborate on “Mirrors”? I think the fact it touched on how addiction affects families was an interesting shift in perspective because, a lot of times, people only look at the addict.
We use addiction as an example of what that theme was about more globally. The whole concept behind that song was that the things that happen to your parents or your family or friends rub off on you. There’s a trace of the people around you in the way you act, in the things you take throughout your life. It’s the idea of looking at a reflection of yourself and seeing those things. With the visual side, we wanted to paint a picture of that, and drug addiction is such an obvious example and how it will affect generations after and how devastating it can be on people that weren’t actually part of that situation.

What has been your favorite part of the sonic evolution of Fit for an Autopsy?
I really like that we’re getting to a place where we can create the type of music we all like that is not really defined by any particular genre or subgenre of heavy music now. We enjoy it, and people are starting to enjoy it, as well.

We took a turn and decided we wanted to go a little outside the box and do some things that other bands weren’t doing, and it actually worked to our benefit. Sometimes that’s a negative if it’s not what your fanbase or die-hard fans want from you. It could do a lot of damage. But, for us, it was a positive turning point, and I think out of everything we’ve done up to this point, that was a really big positive swing for us and what has inspired us to take the band as serious as possible and be more active and professional. It all really came from having an idea that was unique and being recognized for it, and now we just want to push that forward.

When you’re in the production role, is it hard for you not to be too critical since it’s your own music? Or is it almost the opposite of that?
There’s a little of both sides to that. In the past, I would have felt more like I was judged harder because it was my band and I’m also producing it so it’s reflective of both things that I’m doing. But over the years, I’ve learned to do what I want and I’m happy with that.

So with this record, it was way less of that kind of strain. Instead of being like, “Oh, this has to be perfect, I have to do this I have to do that,” it was more about creating the music we wanted to create, doing the production the way I wanted it to sound.

I didn’t really listen to a lot of music with this record. I didn’t see what a lot of other bands were doing. I just went in and did our thing. 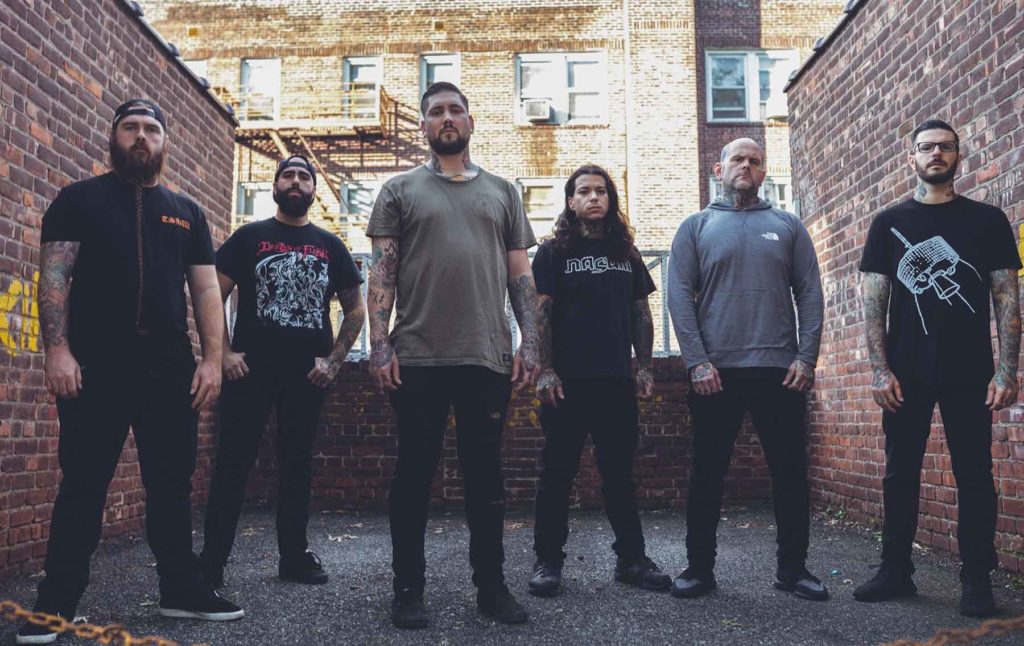 Fit for an Autopsy

As humans, what responsibility do we have to each other right now and to those who are to come in the future generations?
The biggest, looming, scary thing for me is our environmental impact. All the signs are there, and – I’m not a scientist, I’m only going off of what I see the scientists saying – and a lot of the scientists are panicking. There’s this challenge the whole world is going to face in the near future where we are going to have to adapt and change our way of life in some way, shape, or form in order to be sustainable.

The real challenge is to get that done fast enough before it’s too late. In our lifetime, we are going to see either a really positive global change and shift in economics, pollution, and industry, or we’re going to see a disaster. It’s kind of crazy to think about. We might be alright, but our kids, our grandkids? We don’t really know. There are some pretty scary predictions about what the world is going to be like in 100 years, and there’s not enough being done fast enough to counteract that. 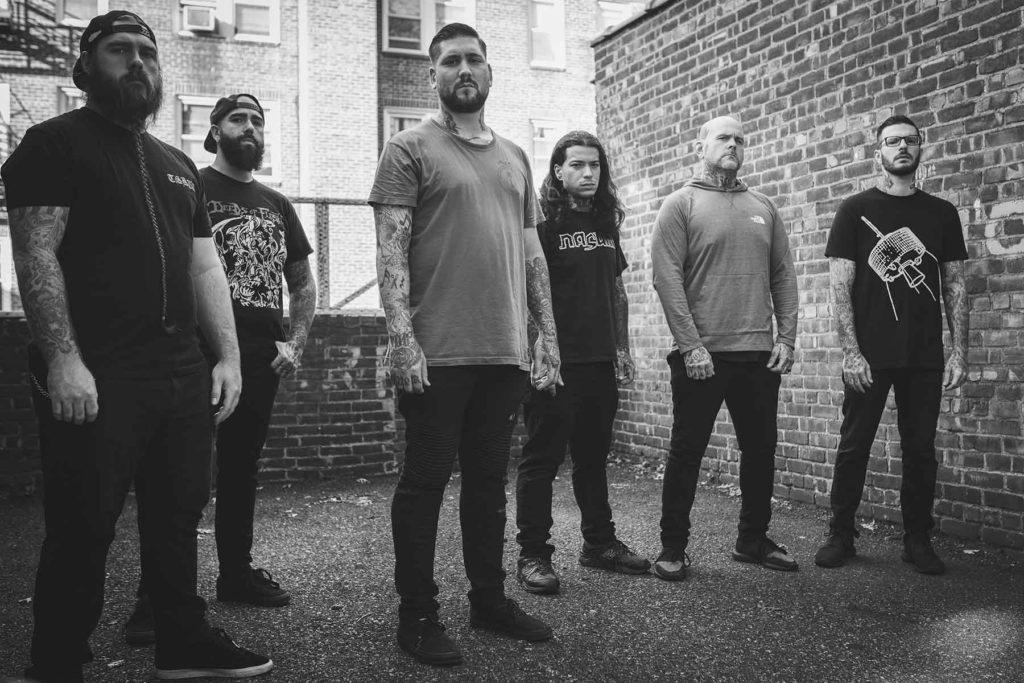 I’ve been looking around to see what you’ve been up to in the last year and saw tons of information about the guitar plugin you created. It seems like you put so much work into creating this, and it reminds me of a photographer who meticulously creates presets but then offers them to people to buy for themselves to create high level art that was inspired and created by a professional. Is this something that’s creating more efficient artists, or is there something lost on the fact that they didn’t have to do it from the ground up, like you?
I see it as a tool, and I put myself in the position of when I was just starting to make records and how awesome it would have been to have. There’s still another level of skill, technical ability, and production that actually get put into a finished product. This isn’t just like, “That’s it! You’re done!”

I feel a bit spoiled that I got to where I was at a young enough age, so it was a way to give people access to some stuff that, when you’re just starting out, you normally don’t have access to. You’ve still got to know what you’re doing, but if you know what you’re doing and you’re a good guitar player, you’re going to get a good sound out of it.

What do you consume to inspire you? Do you read? Or do you go into the studio and just go for it?
I do read – and there’s a handful of authors I do take inspiration from – but, generally, I’m more reactive in my songwriting where I’ll see something that goes on in the world and I’ll think about how it makes me feel. Am I mad at this? Do I feel sad about this? What is the emotion I get from that? And I try to turn that into themes we can use in our music. I feel like there’s nothing more impactful than basing your record around those events that are actually part of the world. I gather my ammo that way and then try to coin songs that have those themes.

I love that deathcore evokes change by first attacking from an angry place – which is how we all authentically feel about all of these issues – and then turn around and say, “But, this is what we can do…”
I feel like a lot of that came from hardcore. A lot of the deathcore bands do have those messages. The core part of deathcore was that influence early on, and it’s that mentality of using the music to have some kind of impact and relevance that I always gravitated to. (It’s) something a lot of the guys in my band feel the same way about. We couldn’t do this band without that layer of substance to it.

Fit for an Autopsy was posted on October 13, 2019 for HM Magazine and authored by Danielle Martin.