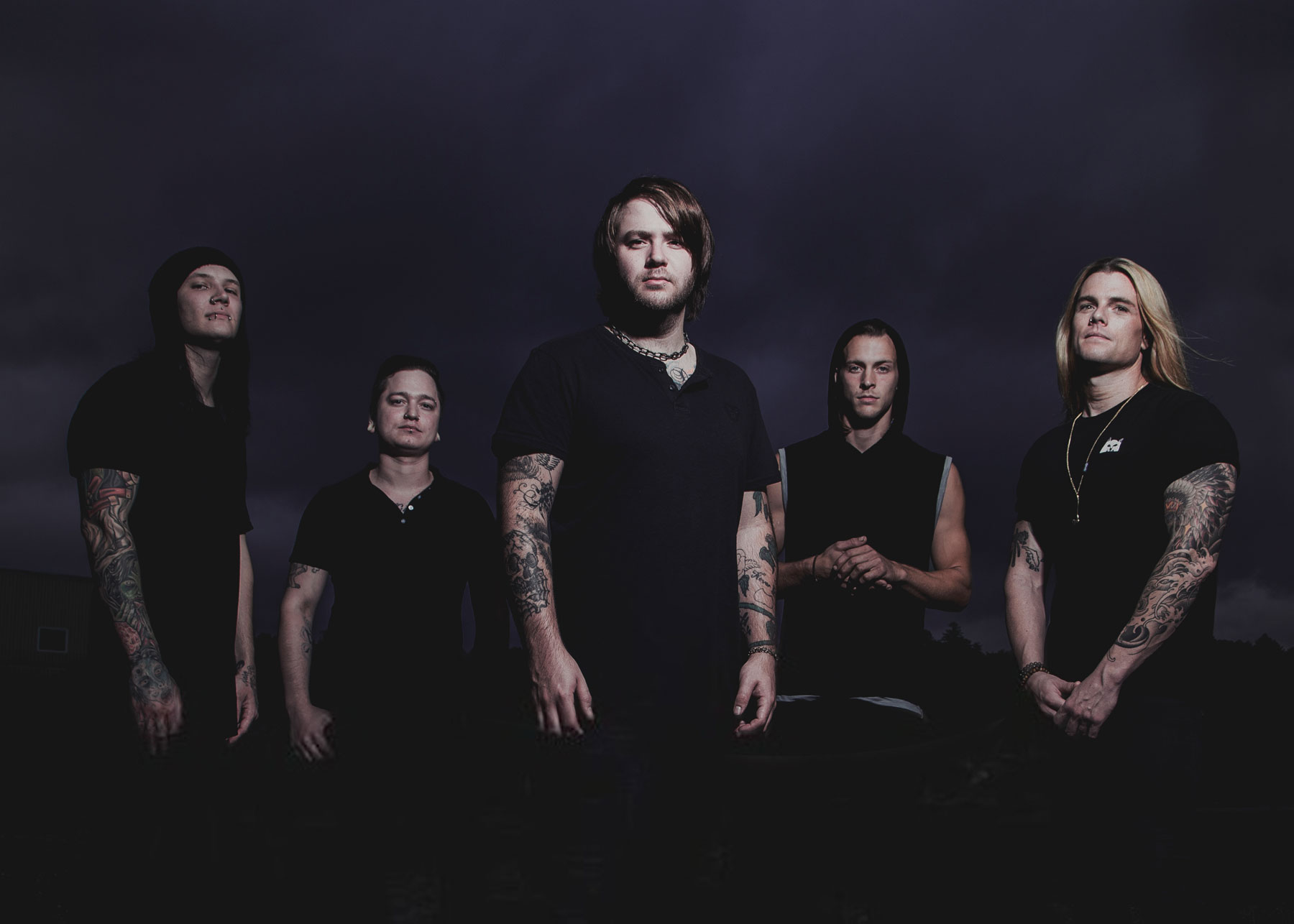 If you have followed the career of the Michigan metalcore band Famous Last Words, you may have noticed they have a flair for the dramatic. All three of their full-length albums have a common bond in their strong, unusual perspectives, and have made the band known equally for their metallic rock riffs, aggressive percussion and twisted pop-punk vocals.

But the latest addition to their mounting arsenal of material, a concept album called The Incubus that follows main character Christine, is based on the thieving spirit that forces a paralysis on the victims it chooses. For frontman JT Tollis, that spirit is a life ruiner, and, within the story arch, is the induction and driving force of a darkness that has many names: rape, emotional abuse, battery, verbal assault. Though the story is invented, it’s an all-too-scary reality for a number of women and men.

These subjects conjure shame and embarrassment. These subjects can be uncomfortable to read or talk about. These subjects can suck the life out of those that survive them, and it’s Tollis’s dream that they don’t have to live through it alone; he believes it’s time for them to start talking about it. He gave me a detailed account of the album, how it came about, and the difficult mindset he had to inhabit to write it. It’s a grand opus marked by its dramatic intervals and powerful dynamics. Musically, it draws you in like a screaming siren. Vocally, it’s a performance of emotional duress that perfectly syncs with Christine. But with fearless ingenuity, Famous Last Words takes us back to a day when gender equality was a thing of the future, and many women felt trapped in a false reality they felt a need to create. The Incubus is a concept album, sure, but more importantly, it’s a life story that thousands of women and men can relate to.

This album is unique in a lot of ways, and many of them stem from the extremely intense concept. Why did you choose a first-hand account of domestic abuse in the 1950s for the subject matter?
The story really came to me out of nowhere. It was in the middle of the night, and the story, from beginning to end, just hit me like a train. I immediately wrote it down in my phone. The next day I started the research process. I do research like this for all of our concept albums to gather all of the information I can get to properly portray the different characters in their different situations. We’ve talked about some dark stuff in the past, but this album had one of the most difficult research processes I’ve ever done. It really put a lot of things into perspective. But that’s also why I think it’s important to talk about. Just because we don’t like something doesn’t mean we can just ignore it and it will all go away.

How did you get in the headspace to approach the storyline from a primarily female perspective?
A lot of it came from all of the research I did. This was a real challenge for me because I really had to educate myself on a lot of things that I honestly didn’t know much about in order to get this even remotely right. I read through different articles, papers, blogs, news stories and really anything I could find. I also spoke with a handful of fans who were willing to share their stories with me. My mom, sister, and girlfriend answered a lot of questions for me throughout the writing process as well, which helped me see things better through a female perspective. It was a learning experience, and I feel like I grew as a person because of it.

This is your first album with Revival Records. What has been the best part of that experience thus far?
The best part about Revival really lies in their slogan: “Good music by good people.” They always have a very positive vibe and work ethic. Everyone at Revival is also very creative, which makes bouncing ideas back and forth with them not only productive, but really enjoyable and exciting.

Growing up in the ’90s and early millennial days, the idea of concept albums was rarely executed. Now, it seems artists are really embracing them as a vehicle for culturally relevant issues. What does this shift mean about today’s music and artists?
I thinks it’s incredibly cool to see so many artists really challenging themselves creatively to develop their art into something they are truly proud of. I’ve always been a huge fan of musicals, so telling stories in our albums just seemed right to me. And personally, I think it’s a lot more fun too.

The song “The Judged” addresses victim shaming, which is still prevalent in our society. Is this a symptom of leftover misogyny, or is it more complicated than that?
The song definitely addresses the problem of victim shaming, but there is more to it than that if you dig a little deeper. Since this is a nightmare, all of these characters are technically in her head. They represent a manifestation of her own inner thoughts and how many victims have a tendency of blaming themselves. This nightmare is really just showing her how absurd the idea of blaming herself is.

The Incubus has a wide array of energy levels and musical intensity. What can fans expect from the live performance of the album that they can’t find in just listening to it?
Anyone who has been to our shows in the past know that we bring as much energy to the stage as possible. With this new album though, there are parts where there is more contrast in the songs between a more intense part and a softer part. I think showing this contrast live will bring a whole new kind of energy to the stage and is going to make out for an unforgettable show for us and our audiences.

There had to be some somber moments in the creation of the album. How did you keep things loose when needed?
Dealing with such a difficult subject there were definitely times, especially during the research period, where I needed to just take a step back and really process what I was reading. But keeping the thought in mind that this could possibly help some people or make them feel like they aren’t so lost and alone really helped me keep going. I mean, I was only doing research on this. I can’t even imagine how the actual victims feel. But trying to understand the circumstances to the best of my ability really helped me learn a lot and helped me continue on with the album.

Going forward, would you like to continue the tradition of adding storylines to your discography, or have you talked about going a different direction in the future?
We have no plans on changing our approach to writing in the near future. We love being able to tackle different topics in a more creative way. I also feel like giving the audience a character to connect themselves to goes a long way. Plus, we just enjoy telling stories through our music. If you have a really great story with great flow and you execute the writing properly, you’re going to have an album with great flow as well.

The Incubus is about to join a large collection of fresh and exciting releases in the 2016 post-hardcore scene. What new tunes have you guys been listening to as of late?
A Day To Remember, Pierce the Veil, Outline in Color and more have all released some great albums this year. I’m still listening to some carry over albums from 2015 I was a little late to the party on, like Twenty One Pilots’ Blurryface and Bring Me the Horizon’s That’s the Spirit. Our bass player Matt and I have been listening to some Childish Gambino lately, too. It’s really refreshing to hear a lot of these artists break out of the norm and try different things in their music.

This album is a well-told, introspective story. It ends with the reality that domestic abuse doesn’t just disappear, even if the victim escapes. What do you have to say to the victims and survivors of this trauma who will be listening to The Incubus?
I guess I would have to start by saying that I am sorry. I’m sorry this subject isn’t talked about more. I’m sorry there is so much injustice surrounding this issue. It’s my hope that this album helps get the conversation started, and I hope that it inspires people to get more educated on the topic of sexual/domestic abuse. Educating people on the matter is just the first of many steps towards a future where this doesn’t happen anymore.

Famous Last Words was posted on September 17, 2016 for HM Magazine and authored by Danielle Martin.