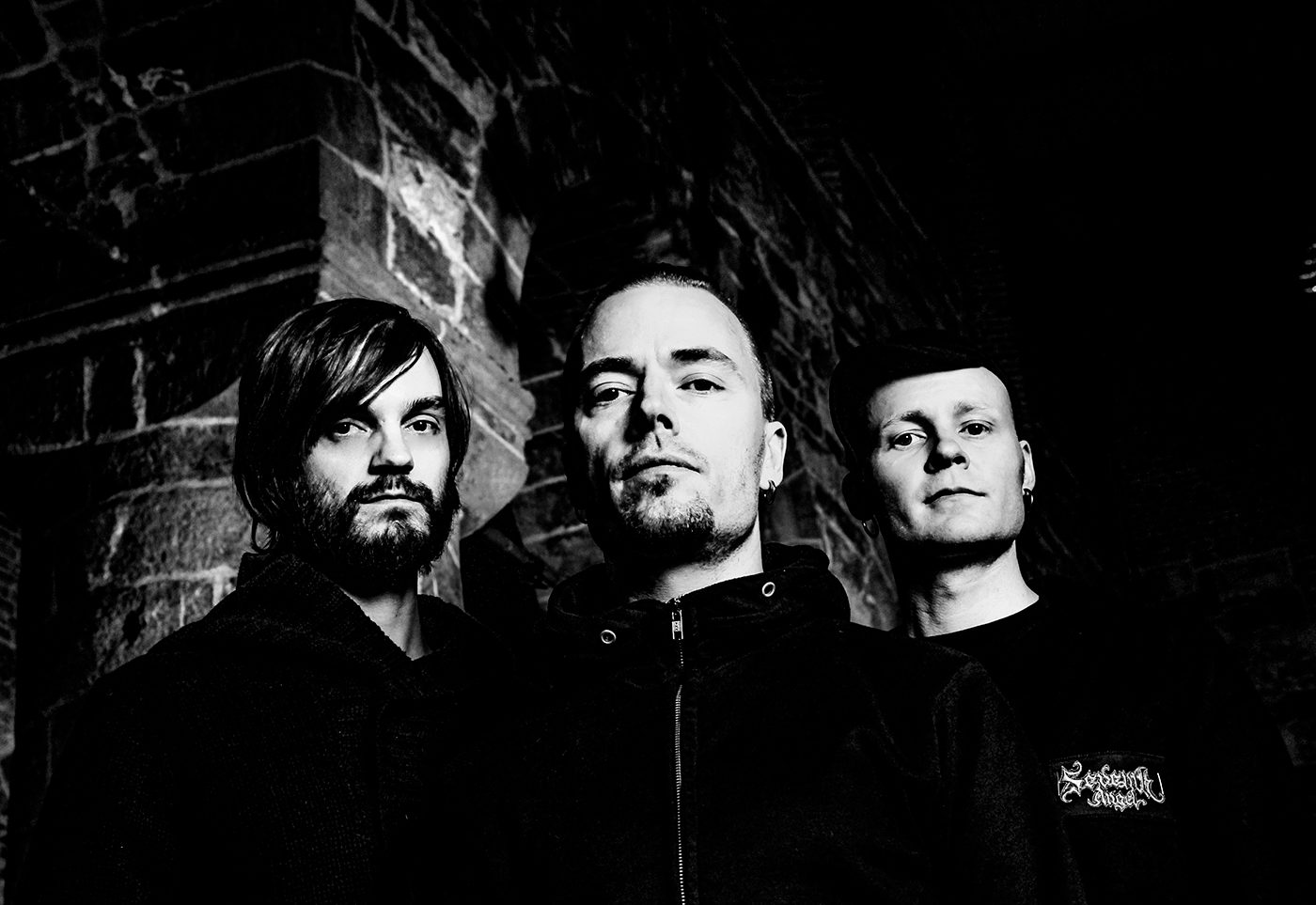 Extolling the Name of God

With their first release in over eight years, Extol sheds its own skin

There will always be one thing that rock bands and the scribes who write about them will never agree on: labels. Most bands would love to believe they are so unique they can’t be compared to their peers, as if comparing them somehow cheapens their music. Rock journalists, on the other hand, by definition, describe the sound of a band’s music for those who haven’t heard it. They look for ways to tie the band’s sound to other sounds they assume the listener has heard or can relate to. It could be specific, like, “These vocals sound like this other vocalist,” or, “This riff sounds like something from such-and-such artist on such-and-such album.” They can be general references, like lumping a band into a certain genre or time period; writers love to use iconic bands or albums as the benchmarks of a certain sound, often comparing a new band to another one from the top of their game.

Is it fair to compare one band to another band, for the purpose of describing their sound to the uninitiated? I say yes. Most bands, whether they admit it or not, are not pioneers in their field. They can be readily compared to other bands that have recorded similar styles and sounds. It’s only the truly unique that give me pause because I’m at a loss for words to describe them.

Norway’s Extol have always left me speechless. I could roughly categorize them as death metal and say they experiment heavily with progressive rock tendencies (especially now more than ever), but that doesn’t come close to giving you the whole picture. And from my discussion with the guys – I think they like it like that.

After an extended hiatus, Extol returns to us with their new self-titled album, just in time for the band’s 20th anniversary. They’ve always been a hard band to describe, as they’ve eschewed the Euro-power metal sound and the uber-melodic, so-called “Gothenberg death metal” sound. They’ve never really branched out into chaotic and technical territory, a bit like Believer did. (Oops! There I did it again!) The name of the game for these guys is reinvention. Each record finds the band shedding its own skin and morphing into something new. What do you expect when you’re being promised the unexpected? What will the band sound like after time apart? After all, the last time they played together, members had come and gone, the band morphed into a new band (Mantric) that traveled even farther from Extol’s original sound and then reformed again. Anticipation and expectation are riding heavy on this one.

When I first heard bands like Between the Buried and Me mix dissimilar styles, I was amazed. How could a band have such brutally heavy death metal, break down into lounge jazz mode, and then return seamlessly? But as heavy metal evolves and matures, it increasingly crosses over into other non-metal influences, and more bands are exploring this kind of territory. With Extol’s latest offering, there is no omission of the heaviness or death metal vocals we’ve come to expect, but there are Yes-type vocal harmonies; epic, almost sci-fi moments; and the cohesion of some of the great ’70s rock trios, all while staying within the bounds of what is recognizable about the history and evolution of Extol.

We caught up with Extol in the middle of summer to talk about their new sound.

Please tell us about your new album. It’s been eight years since The Blueprint Dives. Extol has always been a diverse mix of extreme styles – death metal, thrash and black metal – but with your latest record, much of the black metal influence was replaced by progressive rock/metal. Will Extol start where Blueprint left off, or is it a return to your earlier styles?
Ole: Personally, I never saw the big, black metal influence in our music. I was always more into the old-school death metal stuff, so I would say that mostly death, thrash and also progressive stuff have been our main influence all the way. You are right about Blueprint being a bit of a change, style-wise, due to the change in our lineup at that time. I guess the new stuff goes back to songwriting based on a death metal angle, if you will.

What brings Extol back, long after fans thought the band was over? What inspires you to make new music again?
Ole: I guess the growing need for doing something together again slowly revealed itself. As far as inspiration goes, we all love music, and that goes a very long way. And always striving for the best we can possibly do is, of course, an inspiration. We all view music as an incredible gift from God that we humbly accept, and we are so glad to be able to use it in any way we choose.

Many bands’ debut records are self-titled. What’s the reason for naming this one after the band?
Ole: It started with (vocalist) Peter showing up with lyrics to a song he wanted to call “Extol.” It was a song that, lyrically, is more or less a praise hymn to God. Because of this, it felt natural to go for a self-titled album this time.
Were their any themes or inspiration for the songs on Extol? You mentioned the process for the “Extol” song. When the band is writing songs, which comes first, the lyrics, or the music itself?
Peter: We didn’t have any main theme in our minds when we wrote lyrics for the album. Most of my lyrics are based on personal experiences I’ve had over the last years. For example, “Betrayal” talks about injustice, and Jesus’ command to take care of each other, while “Wastelands” talks about the time in my life when I was really down with a lot of anxiety and fear.

What is your favorite song on the new album? Are there any songs that the fans will go nuts over?
Peter: I really like all the songs and I’m very satisfied with the whole album. Right now I like “Wastelands” a lot! I think the old Extol fans might enjoy it, too.

Your video for “A Gift Beyond Human Reach” has been airing on YouTube. Where is the theater where you recorded the video?
Peter: It’s recorded in Drammens Teater, close to where I live. (Editor’s note: Drammens Teater is in the southeastern part of Norway, somewhat close to the Swedish border.)

I liked the whole triangle imagery, with each band member playing in a corner.
Peter: Yeah, the triangle emphasized the unity of the band, and the creativity that occurs when we get together. It also symbolizes the triune God that we operate within; He gave us the talents to do what we do.

I’m also wondering about your thoughts on making videos these days. Videos are now posted on the Internet instead of on music channels like the United States’ MTV. Does this promote music sales for bands? What I mean is, is this working? Illegal downloading and intellectual property theft have become a real problem for bands trying to make a living from their music. As a musician, do you see any hope in sight for recorded music, or is it all going down the toilet?
Peter: Videos are a good way to promote a band, for sure. Whether it will result in more sales for us, I guess time will tell. There is always hope for good music; however, times are also changing, and new trends and technology will always challenge the way we do things. I guess it’s all about finding new ways to build a healthy industry. Vinyl is really on its way back, so it seems that lots of people want to buy physical records these days. So a reaction to the last decade of downloading and streaming is already here.

How will being a three-piece band affect how Extol plays live and in the studio?
Ole: In the studio situations, I played all the guitars and basses, so no problem there. However, if we decide to do anything live, we will, of course, have to deal with that and look for people to fill in for those needed parts.

Now that you guys have family and career obligations, is it likely that Extol will play shows, or will this be merely a studio effort?
Peter: As it looks right now, it’s not very likely that we’ll play live, but you never know. It’s as you say: It’s a different life situation for us now with family and kids. Another reason is that I have a quite bad tinnitus that doesn’t work very well with death metal. (Editor’s note: Tinnitus is the perception of sound when there is no sound, commonly known as “ringing” in the ears.)

Before this latest release, Extol put out a documentary, “Of Shades and Light.” Tell us about that.
Ole: Well, the documentary was produced by a team called Animidas. Peter is a part of the production team, which is a good thing for us as a band. Honestly, I don’t know too much about it other than that it covers the band’s history from the beginning until now.

I realize that the band deals with several different record companies to distribute their records in different territories across the world. In North America, you’ve always been affiliated with Solid State. Why the switch to Facedown?
Ole: Well, I suppose Facedown showed up with the best deal. We’re happy to be joining forces with them for the American territory.

There have been a lot of melodic death bands coming out of Scandinavia – the famous Gothenberg sound – but Extol has mostly ignored that and explored more technical and chaotic music, much like the American band Believer. What bands inspire you, or is it the band’s desire to sound like no one else?
Ole: I don’t think we’ve ever thought of Extol as being a band that sounds like this or that band; however, we certainly have a number of bands and artists that have inspired us through the years. The list just continues to grow. Anything from Death and Cynic to Genesis and Yes to Steely Dan and Donald Fagen – at least, for me.

What is God’s message to you – or through you – today?
Ole: It’s pretty clear: There is salvation through Jesus. For all mankind.

How is metal music that is centered on faith perceived in Europe?
Ole: Depending on who you ask, you’ll probably get different answers to that question. Some take it nice, while some others don’t appreciate that we’re around. And that’s the way it has always been.

Anything else you guys want to say or talk about?
Ole: In all your ways acknowledge Him, and He will direct your paths.

Extol was posted on July 16, 2013 for HM Magazine and authored by Chris Gatto.