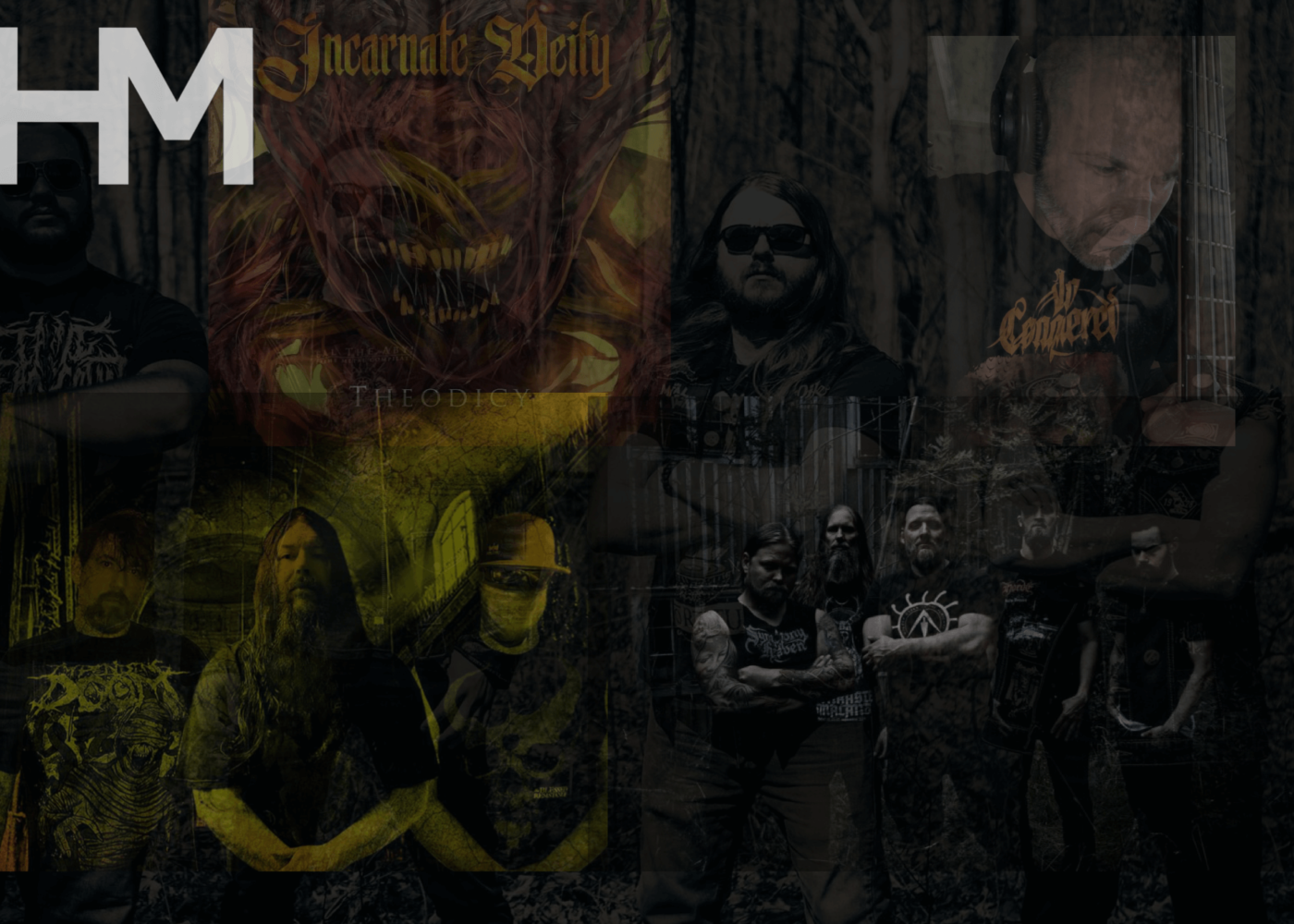 At one point in time, death metal was simple to define, easily distinguishable, and unique in its subculture. It shares that with the history of all subgenres. They evolve in exciting fashion, splitting and fracturing into subgenres of each subgenre until you get to a massive underground of hyperspecific artists with their own voice, their own approach, and their own appeal.

In the era of music accessibility, death metal will never again be a one-kind-of-sound subgenre or one-size-fits-all approach; rather, it’s now more of a cloud under which many new elements have formed. The list is expansive — jam some deathgrind, deathcore, blackened death — yet still firmly rooted under the death metal canopy. Today, we have assembled five must-hear death metal acts, each distinctly set apart from another in form, yet still brethren in the death metal community. Only rule? Loud.

Dark, mysterious, ominous — words that describe Incarnate Deity, a death metal act that we know little about other than what they give us through their music, likely by design. They live in the shadows of a genre where we often get to know the personalities of the artists; unlike black metal, mystery is not often a primary characteristic of death metal, but Incarnate Deity has merged mystical with weight in beautiful harmony. With only one album so far — 2020’s Theodicy — the music lands heavily as an atmospheric and undeniable footprint among the ruins of a forest.

Hailing from Indiana, Symphony of Heaven is a ferocious, palpitating metal entity. This blackened death metal act has released one full-length album and a couple of EPs — not necessarily veterans in the scene — but they stand out due to their incredible talent and refined craft. Each release has been a definitive masterpiece in every facet, with driving rhythm and distinctly haunting vocal melodies. This is one of the best death metal acts to form in the past four years, and, scarily enough, they still have room to grow.

The Swedes are known for many things, and any listener of metal will know their special love for metal in all its forms. Pantokrator, which started their journey in 1996 in Luvehult, Sweden (that’s at the Southern tip of the fjords, across the Baltic from Poland), embodies all the qualities you look for in the death metal genre, with grinding guitars, heaviness songwriting, and vocals that grip and punch. As veterans, it’s no surprise their sound is classic, and their records dig deep into spirituality and philosophy. If you’d like to read more, after their most recent release in early 2021, we spoke with the band in detail about their history in an exclusive interview.

Another newbie to the scene with only one album under their belt, North Carolina-based one-man wrecking ball Jordan Varela has created a beautiful concoction of death metal, doom, and a lot of Jesus. As he shared with HM, “In-Conquered is a solo blackened death metal Christian ministry. I have a heart for the lost in the metal scene and want to shed light on Jesus’ glory. My calling in music is to put out aggressive metal music speaking God’s almighty Gospel while entertaining the audience.” In-Conquered’s deep, guttural vocals and thrashy riffs are relentless, and 2020’s Nor Rivaled, Nor Equalled is a new must-add to your playlists.

Self-described as purveyors of deathgrind, Mangled Carpenter has released one full-length album, and, surprisingly, a Christmas single so far. Under The Shadow is a smashing start to this band’s existence, with riveting vocals, insanely fast rhythm, and creative use of melody in the midst of their chaos. As stated in an HM music review upon the album’s release, “It’s not too pristine or too gnarly. Instead, there’s a quality balance that shows the craftsmanship invested in Mangled Carpenter’s debut album, Under The Shadow.”

Five Death Metal Bands You Need to Know Now was posted on July 8, 2021 for HM Magazine and authored by Andrew Voigt.