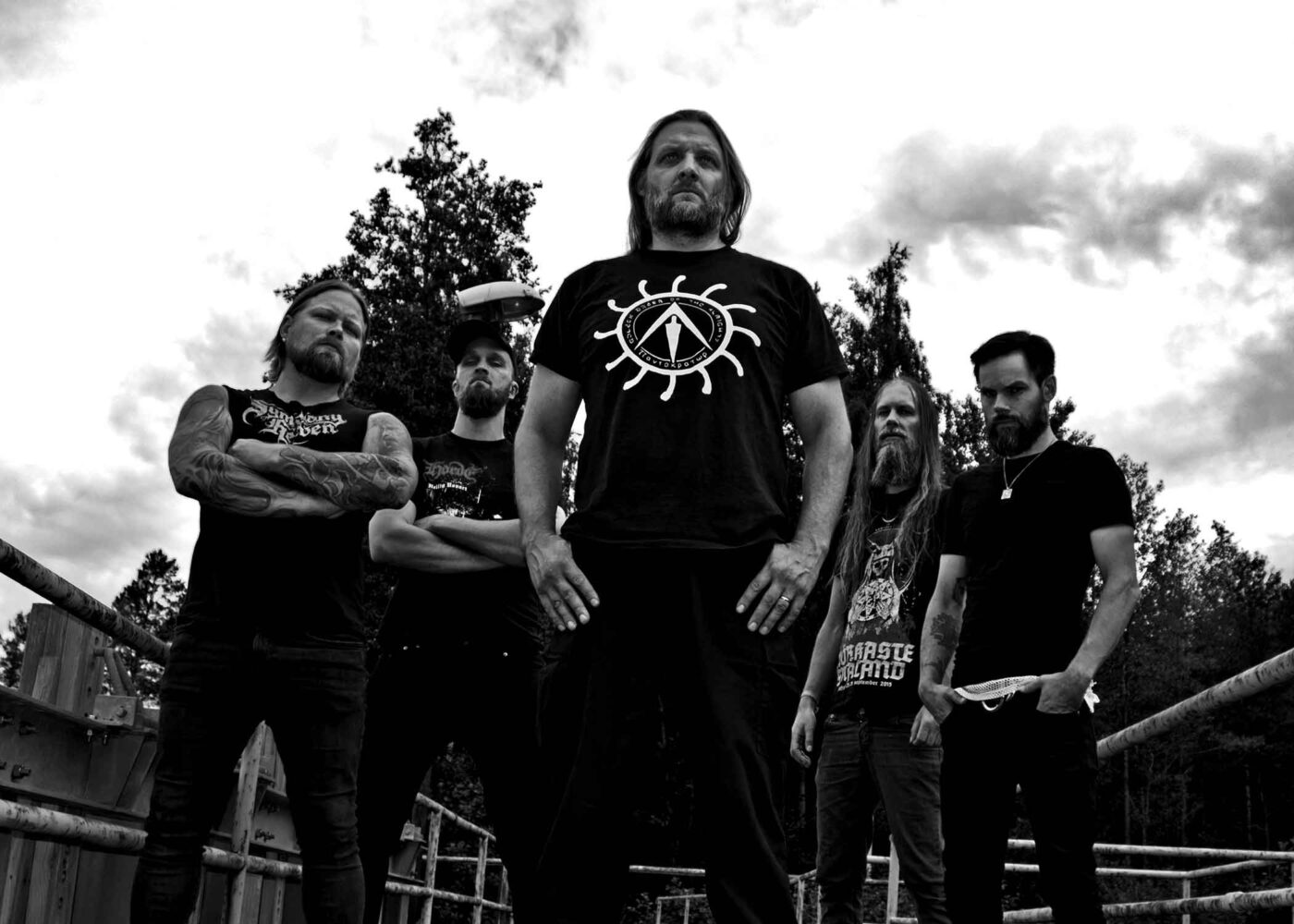 For fans of extreme metal, it is likely the term “melodic death metal” is considered synonymous with the country of Sweden. Metal, as a whole, has strong roots in the fertile ground of the Swedes; bands like In Flames and Dark Tranquility are merely the entryway to the netherworld of the metal underground. Pantokrator, a melodic death metal band that approaches their music with spirituality as a centerpiece, is one of those Swedish bands that, through an incessant drive, has already left a legacy – they formed 24 years ago – but are coming back from the grave. This year marks their first new album in seven years, Marching Out of Babylon. After forming in 1996, the band has remained entwined, tied together by their love of music, Jesus, and common brotherhood. Karl Walfridsson (vocals), Jonas Wallinder (bass), Rickard Gustafsson (drums), Johnathan Jansson (guitar, backing vocals), and Mattias Johansson (guitar) recently released their newest album, spoiling fans with three singles prior to the drop: “We the People,” “Wedlock (feat. Grimmark),” and “Crossroads (feat. Jani Stefanovic).” Andrew Voigt, contributing writer to HM Magazine, sat down with Karl, Rickard, and Jonas to discuss the new record, how a playground spat brought them together, and the not-so-obvious inspiration behind their new music.

Where in Sweden do you guys live?
Karl: Oh, different places. South. Southeast, Southwest, and a little to the side.

I’m not sure that helps me narrow it down. Throughout the years as a band, have you all moved to different places in the country? Are you from the same area originally?
Jonas: We’re all from the same village.

Karl: Four of us.

Rickard: (Johnathan) Jansson joined in 2003 and he is from somewhere else (laughs).

Karl: It’s our village and somewhere else. Those are the two places in the world.

After not releasing a new album in seven years, what brought you back together for this upcoming release?
Karl: We’ve never been apart; we’re just slow.

Karl: You could ask the same question before the last album because it was also 7 years (laughs). Yeah, it’s horrible.

Your recent single titled “We the People” has gotten some attention recently.
Rickard: The timing was pretty good.

Karl: Yesterday we were called fascists. Someone on Twitter assumed that we were fascist sympathizers and that we can pretty much go to hell.

How did they get that idea?
Karl: Probably “We the People” (Editor’s Note: It’s the name of the band’s first single from the album, which is viewable above). Someone posted the video and someone else commented.

Rickard: It was probably Martin Luther King, Jr. who gave us away.

Karl: Yeah, he was such a supremacist (laughs).

What is the song actually about?
Karl: It’s about not selling off your rights and your freedom for safety and desires. Like it says in the song: Edom for a bowl of stew. That’s the mentality the song is set against. “We the People” is not aimed at the church but at society as a whole. We the people. We are the custodians of God. We were entrusted with the world. The fact that it is in the hands of evil is because we handed it over.

So it’s not actually about America?
Karl: No. The title is inspired by it. They’re fantastic ideas – especially (the ones) in the Declaration of Independence – because we have God-given rights as human beings. The title is inspired there, but it’s about everything and everywhere. We shouldn’t just sell ourselves for nothing.

You’re saying this person who accused you of being fascists misinterpreted the meaning of the song.
Jonas: Definitely.

Right now, in the United States, things are very emotional. For any future concerned listeners, just to clarify for them, you guys do not support what happened at the Capitol.
Karl: That was stupid. 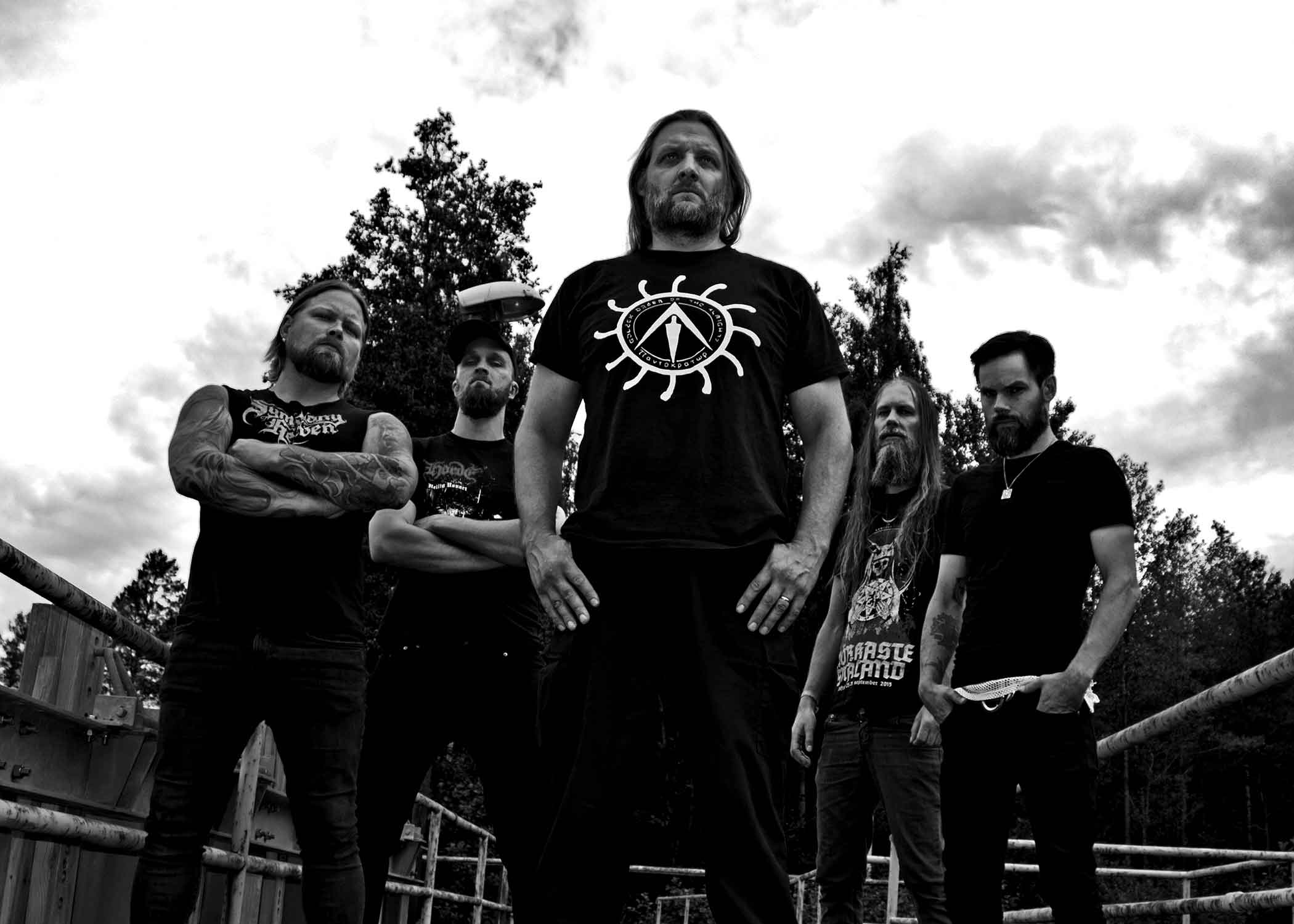 Getting back to your new record, how would you describe the vibe of the album?
Rickard: I would describe it quite melodically and the most hard-hitting album so far. It has the melodies, the heaviness, and the speed. We have gone back to our slower roots in some of the songs, especially the song “Wedlock” and the title track, “Marching Out of Babylon.”

Jonas: It’s not like we have taken a totally new step in some other direction. I would say it’s a development of what we’ve made before.

Karl: We never change. We evolve.

You guys have been together since 1996, correct?
Rickard: Yeah.

Karl: Don’t remind us of how old we are.

Did you guys grow up together?
Jonas: Four of us, at least.

Rickard: Me and Jonas are just one year apart, but Karl and Mattias are the older guys in the band.

Karl: We met in a violent encounter a long time ago (laughs).

Tell us about this.
Karl: So, Rickard was like five years younger and he was teasing me every day on the bus. Every day. I’m not a very sporty person, but, finally, something happened and I ran after him, caught up to him, got him down on the ground, and started feeding him sand. Then the teacher came and I was the bad guy (laughs). That’s how it started.

How has this past year and the pandemic impacted you guys?
Karl: As a band, we couldn’t go out touring. We would have finished the album anyway, so we can’t credit COVID for that one.

What tracks are you most excited for fans to hear from Marching Out of Babylon?
Rickard: I would say the last song on the album, “Phoenix Rising.” It’s a personal favorite, and I think it’s a very uplifting, powerful song. It has all the elements. It has the speed, a very strong melody, very powerful lyrics.

What is the song about?
Karl: It comes from Malachi, the last chapter. It’s about the end of this world and the birth of another from the ashes. 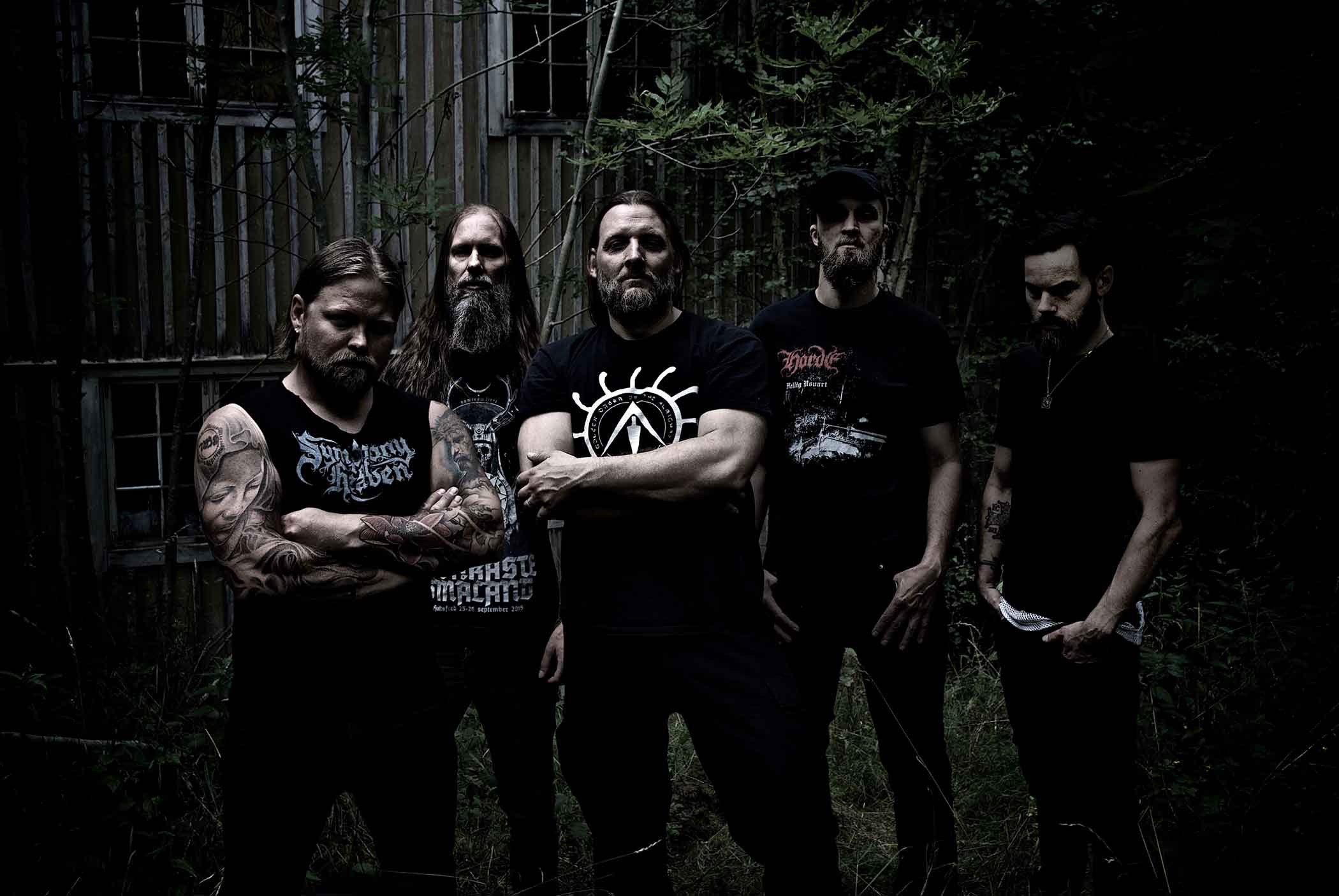 I have to ask: what does “Pantokrator” mean?
Karl: “Almighty.”

How did you come up with that as the band name?
Karl: Me or Mattias was looking in the “thanks” section of one of the Tourniquet albums and it thanked Pantokrator. And we were like, “That sounds good. Let’s see what it means!” And we took that.

Whenever you are able to play live shows again, do you plan on touring outside of Sweden?
Jonas: We don’t have a tour booked, but we are definitely wanting to do it.

When was the last time you toured in the U.S.?
Rickard: We haven’t.

Really? Why is that?
Karl: You don’t want us (laughs)! Not enough to book us, anyway.

How can fans of Pantokrator in the U.S. purchase merch?
Karl: There’s a bunch of merch on Christian Band Shirts and on Anchor Merchandising. That’s in the U.S., so that’s probably the best way for Americans to get it.

Jonas, I’m going to put you on the spot. What has God taught you during your time in the band?
Jonas: We’ve been together for so many years. It’s like my brothers. You form together and you grow together. It’s like trying to explain a relationship with your family. It’s hard to say what would be without the history that we have together. I think that’s the strength in the band, as well. The case that we stuck together through the years. Music was really not, from the beginning, what it was all about. It was more about the friendship and the brotherhood. The music was the reason to get to see each other.

Rickard: I mean, we have seen our kids grow up, and we have seen each other form families. We’re living life together.

Karl: When we released Songs of Solomon, my wife was pregnant with our first-born and he is now 19. So, there has been a lot of living! We will celebrate 25 years as a band this winter.

Karl: And now fascists. We were also called Bible-thumping fundamentalists when we were playing in The Netherlands. I think we never really talked about what’s the purpose of the band. It’s a Christian band.

Rickard: That’s for sure.

Karl: I think this new album shows a wider range of the mentality of the band as a collective. We don’t really like to be told what to do, and it’s pretty obvious on this album. The first albums were more Biblical narrative. I think it started loosening up on Incarnate. This last one is a little more from the head.

There’s not necessarily a storyline on the new record.
Karl: This one is a little more… I would say it holds together, but it’s not as obvious as Blod. It’s not a very narrow theme. You could say this album is about being the Church in the world, while others have retold Biblical stories and stuff like that. This one is more scattered, but it’s still not just random. It holds together.

Pantokrator was posted on January 30, 2021 for HM Magazine and authored by Andrew Voigt.