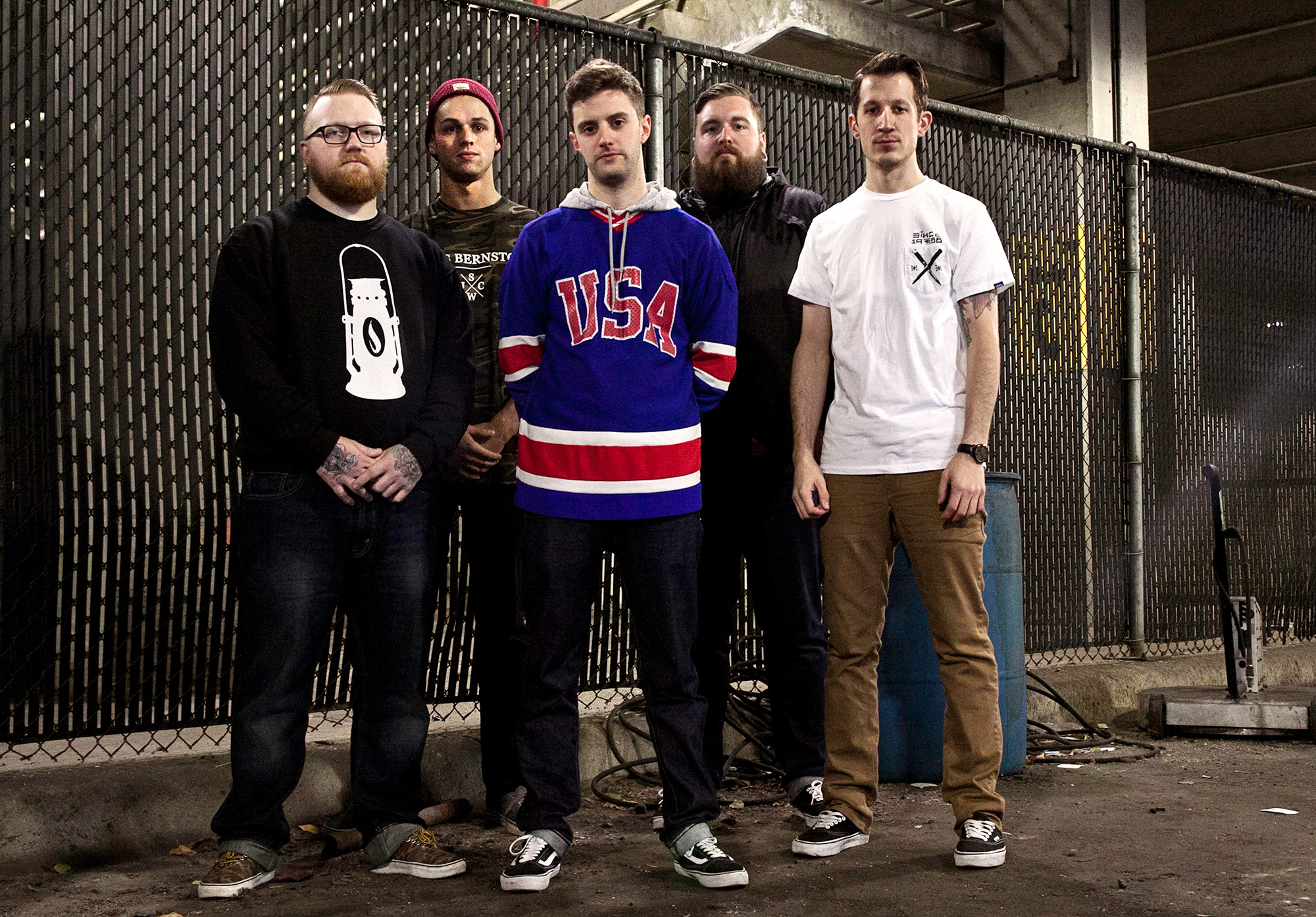 Wisconsin-born Conveyer has been working three years towards releasing their debut record, 'Worn Out'

For three years, Wisconsin-based melodic hardcore band, Conveyer, has been working toward this moment: The release of their debut album Worn Out. We take a look at the back story and dynamics of a band on the cusp of their dream of reaching everyone for Christ in an unconventional way. The band hopes to bridge the gap between those who question their faith and a God who offers hope no matter where they find themselves.

Your debut album just dropped, but the band has actually been around for a few years already. Tell us about what it took to get you from where you started to where you are now.
Guitarist Ty Brooks: We’ve been a band for three years now. We put out a few shorter EPs and played regionally in support of them for a few years. We had a few member changes early on, but this lineup has been together since the summer of 2012. We have been writing for our new record, Worn Out, for about a year now, and we couldn’t be happier with how it came out. We can’t wait to put it out and tour in support of it next year.

A lot of people say the heavy music scene is dying; what’s your take? How important is it in terms of what you write? What about hardcore/metal fuels your desire to play?
Vocalist Carter Daniels: It all depends on what circles you’re involved in. I’ve been booking, playing and going to shows since I was 13, and I haven’t seen a decline, just a shift in interests. Middle school was Mae, Copeland, MCR, AFI; emo/indie/punk/rock. Once high school started, the scene I grew up in was all about riffy metalcore from the likes of Comeback Kid, Means and Life in Your Way. Shortly after that, kids only wanted to listen to the heaviest music they could (i.e.”: Impending Doom, Whitechapel, Job for a Cowboy) By no means would I describe our music as “heavy,” but it just seems to be what style is in right now. That catchy, fast, melodic sound is huge. Look at the success of Being as an Ocean, Hundredth and Counterparts right now. Their music is bringing them to every corner of the planet. We’re just lucky that all of our influences mesh together to bring out that kind of retro sounding melodic hardcore that seems to be “in” right now.

What distracts you while you’re on stage? What can a crowd do to really get you pumped?
Daniels: I distract myself on stage more than anything off-stage does. I always run back and forth, trip over cables, run into the other guys, things like that. I never really ask the crowd to do anything. If you want to just watch and listen; have at it. If you want to run in a circle like an idiot and have the time of your life; by all means do that. However, my preferred type of crowd is one that is a constantly moving circle pit and people crawling over other people to grab the mic and yell at my face.

What does everyone do to support yourselves outside of the band? What is each person’s role within the group?
Brooks: We all have an important part in the writing for the band, we all come to the table with ideas and work together until we are happy with where the song is going. We are a band that enjoys the songwriting process. We have never used a computer program to write our songs, and we’re very proud of that. To me, that takes all the fun out of being in a band. As far as roles in the band, I handle a lot of the management and booking side of the band, Carter writes the lyrics and does a lot of our design work.

Outside of the band, I am a manager for Zumiez, Jake is a tattooer in Eau Claire, Ben is a server in Minneapolis, Carter works for Vans at the Mall of America and is a student and Bryan is a bartender for Friday’s by the Mall of America.

As a group or individually, what are your thoughts on faith, God and Jesus Christ? What (if any) place does it have in your music, your lives and the underground music scene?
Williams: Our band is first and foremost Christian. Christ is the most important thing in each of our lives. So, the place that Jesus takes in our music, lives and scene is everything. The lyrics for Worn Out focus on the rigors of a dwindling faith and fighting to maintain a faith relationship. While that may not sound like the most heartwarming lyric premise for an outright Christian band, I believe it is something all of us, as believers, go through, and not all believers make it through to the other side. The lyrics don’t follow any biblical tracks or stories. I wanted to write something real and relevant that people could latch onto regardless of where they are with their faith. I wrote these words in hopes that someone in spiritual limbo could take them and find a way to dig themselves out of the rut they’re in and get back on track. A faith-centered life is not easy, but I hope that this album can help cushion the blow.

Conveyer was posted on January 2, 2014 for HM Magazine and authored by Matthew Mika.