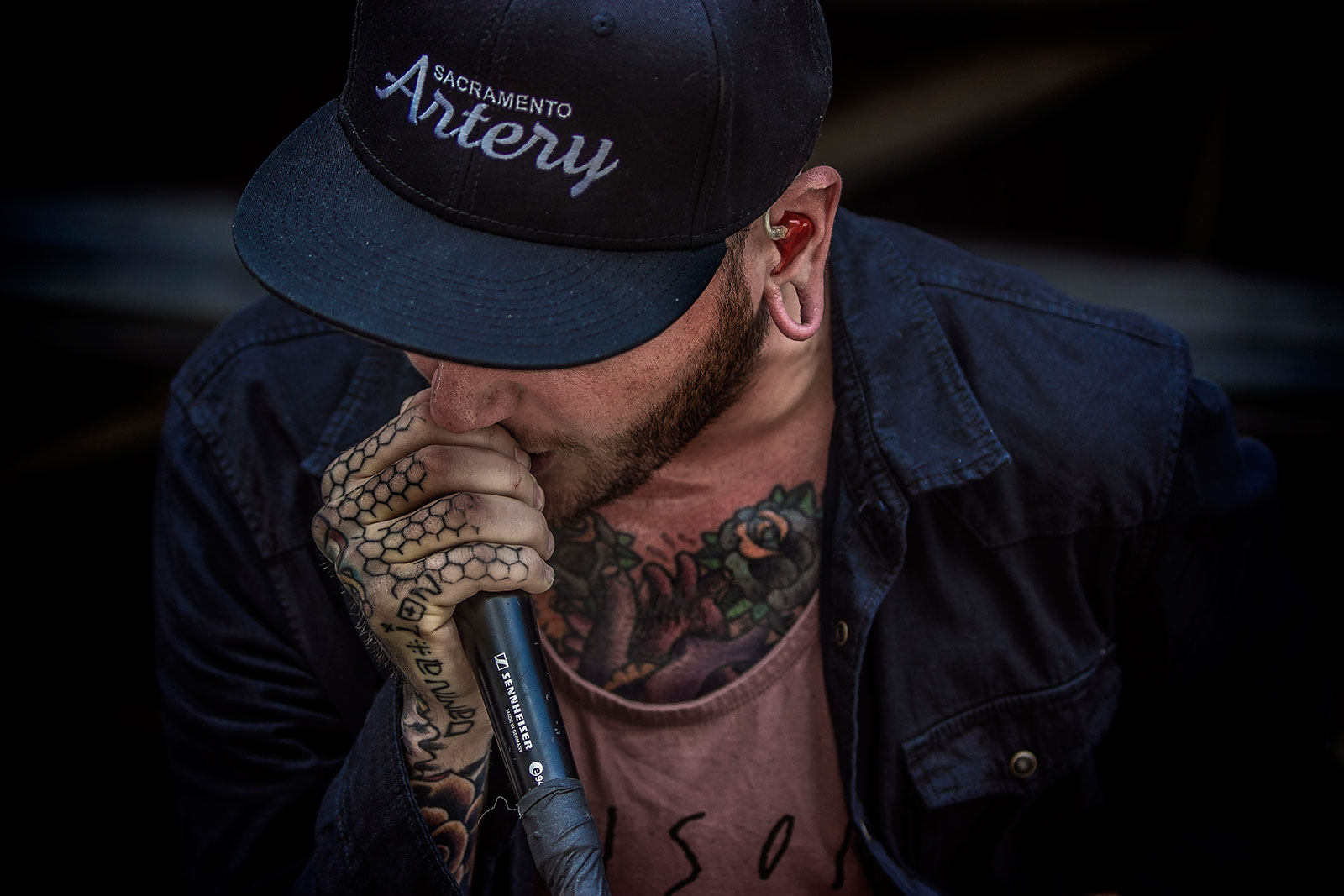 The Red Badge of Chelsea Grin

Chelsea Grin vocalist Alex Koehler spent a lot of time writing the most twisted stuff they could come up with. The problem was? It's not them. 'Ashes to Ashes,' the band's latest realease, Koehler says it's all about one thing: reality. 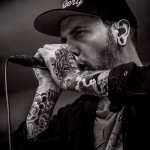 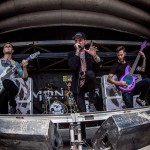 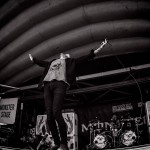 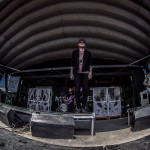 Originally, we were scheduled to meet in Houston on the first day of Warped Tour, which is now a while ago. We were going to talk about your album, but now, clearly, it’s already out. Let’s talk a little bit about how it’s been received, then.
It’s been our biggest release to date. It’s also an album that we’re all very proud of. This band started at such a young age, so a couple of albums before this, we were learning how to play our instruments, really. Especially me.

Where was your head space when you were writing it? “Ashes to ashes” is a pretty common phrase. You guys must have been studying a little bit about death and dying?
Yeah, pretty much. When this band started I was 16. Now I’m 23. The older lyrics were just written based around bands I idolized at that age, just really gory and disgusting sh-t that had no meaning behind it, whatsoever. I was just trying to sound like my favorite bands.

When this band started I was 16. Now I’m 23. The older lyrics were just written based around bands I idolized at that age, just gory and disgusting. This album was really easy for me because I decided I wanted to write about real life.

Which were?
At the time it was Whitechapel. That was when The Somatic Defilement came out. It was really gory. A bunch of dirty, grindcore bands and sh-t like that.

This album was really easy for me because I decided I wanted to write about real-life sh-t. I wanted to touch on things like drug abuse, alcoholism, bullying, depression, sh-t like that. Sh-t that real people go through in a real-life scenarios. I wanted to let the fans know they’re not alone.

What changed in you? Did you feel like you flipped a switch? Not that you were an adult all of a sudden, but what happened?
When we started to get bigger, fans would come up to me and they’d literally tell me, “Your band saved my life,” and sh-t like that.

Isn’t that crazy?
I’m thinking, “If they think that saved their lives when I was writing about sh-t that didn’t even matter, I want to write something they can relate to, rather than just doing a bunch of dumb sh-t.” It made it easy for me, too. I’ve been directly involved with people going through that sh-t or me going through that sh-t myself, so it’s really easy to write.

Do you want to talk about any of that, what you’re going through, how it applies to your lyrics?
When I was growing up, I was never popular in school. Ever. I was one of the ones that was just, like, whatever. Dealt with bullying, dealt with that sh-t. Dealt with depression, dealt with all that stuff. Growing up, I’ve seen friends and family struggle with drug abuse and alcoholism. It made it easy to write about.

For sure. Alcoholism is tough. I drank for nine years straight. I finally got sober.
Congratulations.

It’s hard. It’s real f-cking hard. I spend every day trying to kill those thoughts. Was writing the record a way you found release if you were struggling? If so, where was your head at?
Honestly, when I wrote that stuff, I was thinking about the fans. I was trying to deliver a message, and at the same time, it helped to write about it for myself. I am really passionate about something like that because I’ve gone through all that sh-t. It really helps to have an actual passionate side about it.

There was one part on the album, in “Waste Away,” where I literally had to think about the most depressing moments and almost bring myself to tears and then go into the vocal booth and scream the part. It was really passionate.

Talk about that. One of the things about artists is they almost have to torture themselves again and again, every time on stage.
Especially with recording. I was obviously in a certain mood when I wrote it. To translate it to a record in the studio, I literally had to take myself back there, and really get to the point of sadness and scream that part.

You’ve got to want to do that. That’s one of the hardest things to do. I couldn’t imagine going back to my depression. It was hell.
It was worth it, though, to translate it to the record. Now that I hear that part in the record, it almost makes me feel better. I love that I was able to translate that, what I actually felt, onto a recording.

Now that it’s all out there, are they coming out even more?
Yeah, yeah, yeah. For example, fans will constantly give me letters. I read every single one. I never toss them aside or anything like that. It’s always about their depression or something like that and how our music is helping them stay positive. The main influence behind my lyrics on the record was to give them that escape. In my opinion, music is supposed to be escape. I want people to hear it and have it take them out of whatever slump they’re in. Listen to that and just free their mind for a minute. Free their mind for an hour, however long the record is. Just re-amp yourself.

Absolutely. I’m a huge sports and music fan.
Me, too.

When I was depressed, I’d go watch the Astros, go watch the Texans or listen to sports radio. Or just listen to sports radio because it was the only thing that could turn my mind off. It was a release for me.
That’s part of it. Just focus on something that literally entertains you to the point you forget about all of the bullsh-t. Before you know it, you literally are not thinking about anything other than what your passion is.

You were on Warped Tour in 2012. How is it compared to a couple years ago? Is it still the same grind?
It’s as long as f-ck. Some days we really feel our bodies, especially the days we have to play early.

Like the day after the AltPress Music Awards?
Yeah, that. Any of the days where we have to open or anything like that. Sometimes you wake up and it’s like, “Oh f-ck.” Other than that, I can speak for myself and the rest of the band when I say it’s the tour we’ve all grown up wishing we could be on, even before we were even in bands. We would do it 100 more times. This year is pretty much the same, but this year I feel we’re more of the veterans.

You’ve done the grind before.
We know how to do the grind, and we know how to make sure our bodies keep up with the grind. The first year we didn’t know what to expect and we were like, “Holy f-ck.”

It’s almost a rite of passage.
Now we’ve learned how to deal with the day.

Deathcore’s not known for being positive. How has the deathcore community received the album, especially from you guys who have been known to be pretty brutal in the past?
Like I said earlier, the lyrics I wrote when I was younger literally had no meaning. Literally, I was trying to write disgusting sh-t. Even my dad came up to me one time when I was young and was like, “Do you really mean this sh-t?” I’m like, “No, man. Literally, I’m going along with the crowd.”

Chelsea Grin was posted on September 1, 2014 for HM Magazine and authored by David Stagg.