My name is Sophia McDonald and I am a 4th grader at Stahl Elementary School in San Antonio, Texas.  My teacher is Mrs. Hess.  My parents surprised me with tickets to see one of my favorite Christian bands, Family Force 5.  We were able to meet them also and I took a photo with them, too.  This is my first concert in my life.  I also met the guys from Forever the Sickest Kids and took a picture with them, too.

The first band to play was Shoreline’s End.  They played five songs and had a wonderful light show.  My two favorite songs were “Barely Breathing” and “Alone”!  As a Christmas gift they gave everyone a free poster and even signed it.

The next band was Second Hand Serenade.  He played his hit song “Fall for You” and he also played four more songs.  His last song was “Feliz Navidad”.  I liked his version.

Forever the Sickest Kids played an awesome show!!!  I had not heard any of their songs before but I liked all the ones they sang!  My daddy is going to buy me some of their CDs for Christmas.  My favorite songs were “She’s a Lady”, “Whoa-oh” and “Bringing me Down”.  They asked the audience to “pinky promise” to come see them again when they come back to San Antonio next March.  I want to go!

Then Family Force 5 came out and “rocked the house”!!  They started off their set with “Carol of the Bells” and then they played many songs from their previous CDs.  I really liked “Ghost Ride the Whip” and “Get Your Back off the Wall” and “Dance or Die”.  Then they finished.  The crowd was screaming “One more song!” over and over until they came out again.  I was so excited to see them play one more song.  They played “Kuntry Gentleman” and I liked it.  They wished us a Merry Christmas and God Bless.

This was my first concert and I would have to give them 5 out of 5 Jingle Bells!!!! 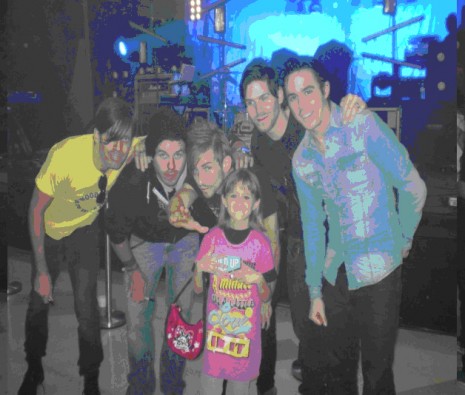 Me and Family Force 5 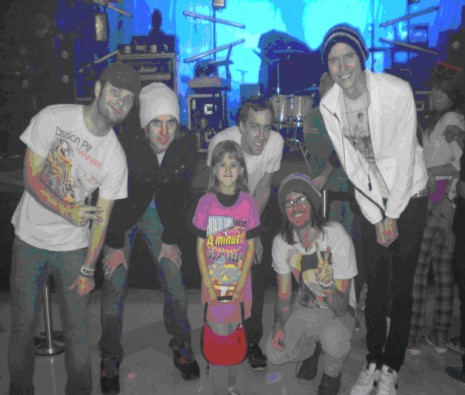 Me and Forever the Sickest Kids