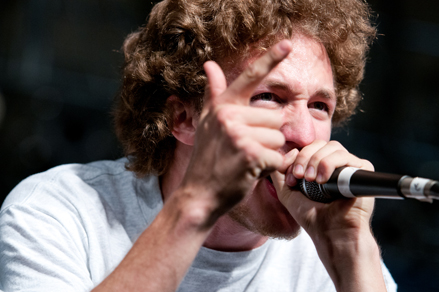 Change and transformation is inevitable in life, but this one was hard to accept at first. 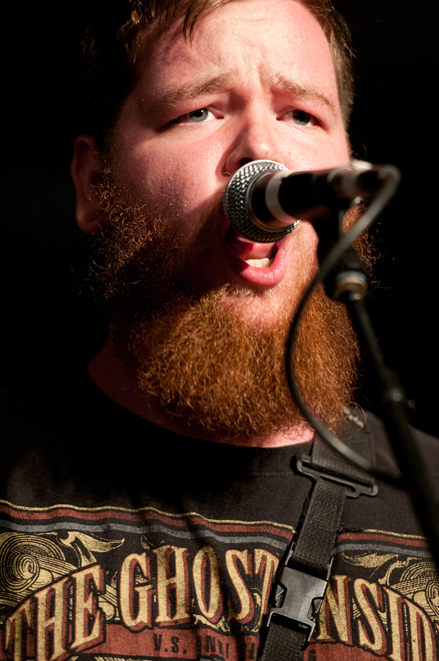 Late last year, when old man winter hadn’t yet hit but was still a strong possibility, an announcement about an annual summer music festival began a flurry of activity amongst my friends on social media. Purple Door, normally held in the middle of August, was moving up to take place in April. I am not sure if that was as much of a shock as the fact that the former outdoor summer festival was to be entirely indoors. 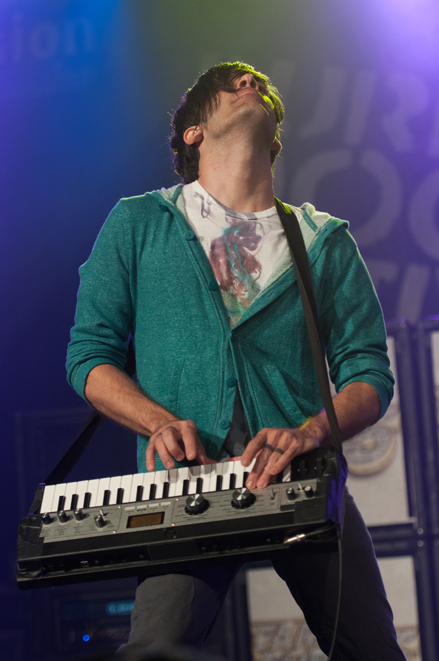 Now, for those who have attended Purple Door over the years know full well that a strong rain, usually accompanied by lightning, often hits the two day festival at least once each year. Last year, in fact, the closing bands on the main stage were quickly moved indoors at the Lebanon Valley Expo and Fairgrounds in Pennsylvania due to summer thunderstorms. I remember pondering that I’d never seen Project 86 indoors before last year. 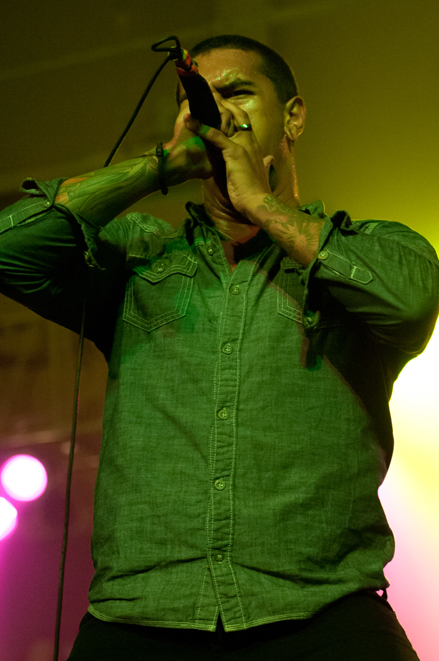 I do enjoy the atmosphere of an outdoor summer music festival – sun, sweat, and mud?  OK, I did have to admit that the idea of being dry in the case of a rain event was a bit refreshing. And with the move to spring meant a higher chance of showers that bring May flowers, so an inside event would be smart in April. 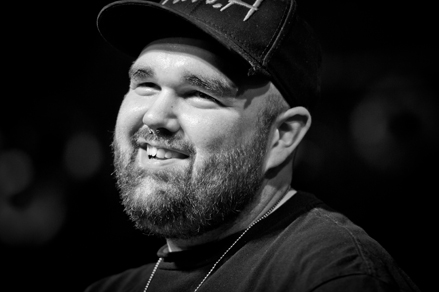 Along with the announcement came the news that the event would be reduced to one day. Younger attendees do not remember that when Purple Door first began, it was only held for a single day for the first few years. The reductions continued, as the number of stages ended at two, whereas other years brought three or four stages. The ticket price shrunk considerably from about $40 to about $25, depending on the date of purchase. I pondered whether or not this new price might bring out those that may only want to see one or two bands. Even the program was decreased from a booklet to a folded poster-size flyer. 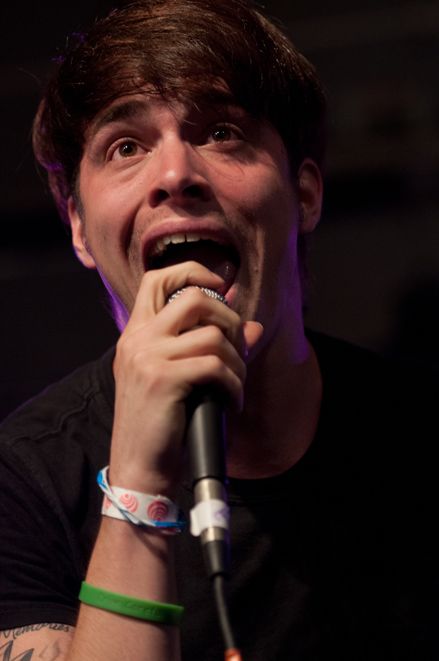 Normally Purple Door is at or near the end of my summer music happenings, but in 2012 it launched the festival season. Held two weeks ago, it still feels like the event didn’t really happen. The size almost seemed like two concerts being held on the same day, inside two large metal buildings with concrete floors, connected by a long hallway. As might be expected, the amount of venders was less than before. But the space was much brighter and well-ventilated than a crammed non-air-conditioned ski lodge of the past. 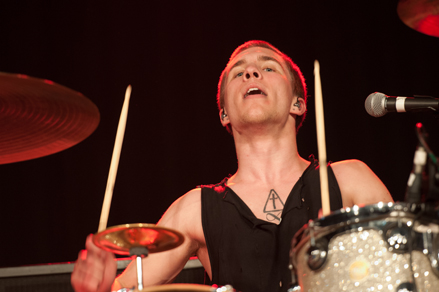 Many of my fellow volunteer friends could not make it this year, though admittedly fewer stages translated into less staff. Perhaps some of the regular attendees could not make it out as well. The crowds were much smaller. With it only being one day, I drove out and back in the same day. Many friends stayed nearby after helping with set-up and tear-down. 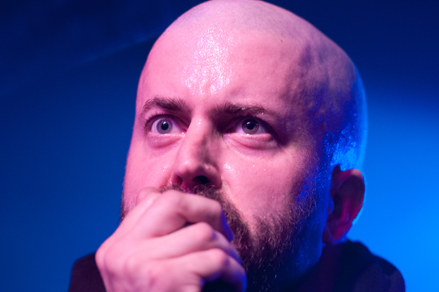 While experiencing the changes, I suddenly remembered another aspect that was missing. Purple Door Arts and Music Festival. The music was, of course, a major part of the day. But the arts portion was gone. Unless the temporary wall separating the hospitality area for bands from the hallway was to be considered the arts. Rather than just a simple wall, white paper and sharpies tied to a string invited people to draw and write throughout the day. 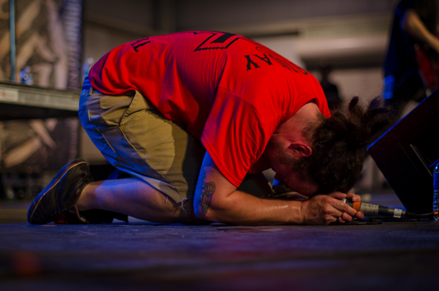 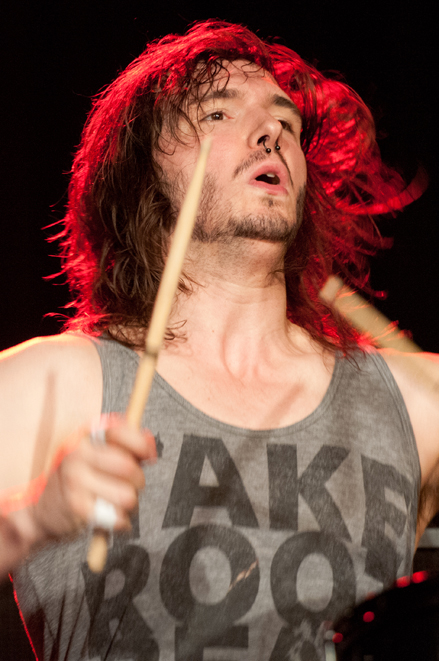 Local group Allistair opened the LBC Insider stage with their version of electronica/dance. I missed their set, but my friends assured me that they were good and that I should check them out. No surprise that Allistair’s Zander spent a good part of the day at the merch table, hoping to make new friends and fans. Folk/Acoustic was represented by another local group, The Beggar Folk. Bellarive brought atmospheric worship music to the stage. The hip hop slot was filled in by B. Reith, not new to Purple Door. Indie/alternative rock bands Ocean is Theory, Mike Mains and the Branches, and House of Heroes filled in the remaining slots sprinkled throughout the day, with the latter closing the stage in the early evening. 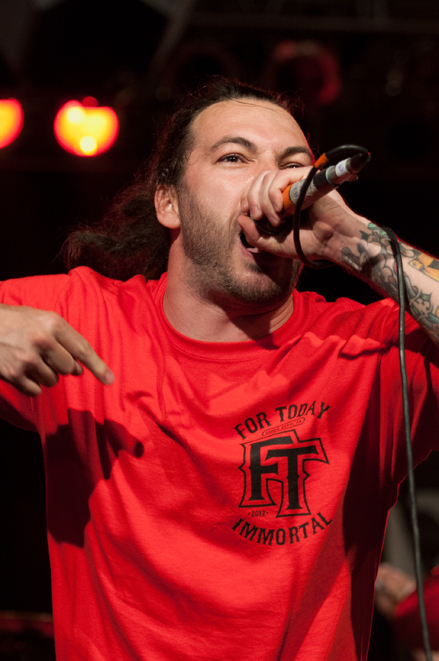 As Hell Retreats and Gideon came up from the south to start the day on the main stage. Locals My Heart to Fear slipped in when In the Midst of Lions could not come out last minute. The crowds were yet a bit small during the early afternoon slot, but increased with each band. Sleeping Giant took the stage before Project 86 came out as the “afternoon headliner” just before the break for dinner. And came out they did – Andrew Schwab always connects to the crowd more than once during the set while coming out to the barricades at the front of the stage. Security was aware and ready for the first time, but not so much later into the set.

The crowds by this time may have reached the peak of the day. It was also about this time that the rains began to hit against the large metal buildings and the skate park (the only part of the fest held outside) was closed down. Attendees and staff alike remarked at how nice it was to be dry inside.

After dinner, Abandon Kansas took the main stage; though their rock music fit better on the LBC stage. Unfortunately, folks who like Abandon Kansas also might like House of Heroes. A decision had to be made since their sets overlapped.

With the LBS Insider stage closed, folks joined up together at the main stage to hear Mattie Montgomery of For Today, the only speaker of the day. I walked in near the end of his talk to find the crowd glued to his challenging message. Local Teen Challenge group The Disciples brought in the rap while the attendees awaited For Today to take the stage. Family Force 5 closed the event with their southern influenced crunk rock. As I walked around the room during their set, I noticed that the crowd contained the widest age range of the day. While some may have left after For Today, the remaining folks danced and sang along to the catchy songs.

Yes, change is inevitable. And even though the entire event shrunk in size, the people still came out to Purple Door. My problem now is this – what am I going to do now during the middle weekend of August?