Come and Rest to play on ‘Tour Noir’ this month

Come and Rest will be performing across the South later this month, performing on what they’ve dubbed the “Tour Noir.” You can check out the Atlanta, GA metalcore band’s latest single, “Upside Down,” here on HM.

Friends Josh Harmon and Daniel Goehring founded the band in 2010, joined later by vocalist Noel Torres and drummer Mitchell Garrett. “Lifespeak,” their first single, was released later that year and with the help of their newly recruited bassist, Zachary Capes, they started working on the Royal Blood EP. According to their Facebook page, the departure of Josh Harmon due to other aspirations allowed Daniel Goehring to take over rhythm and lead guitar. In February 2013, the now four-piece band released the EP. Soon after, the band wanted to showcase a new style, which is featured in their latest single, “Upside Down.”

You can check them out live when they come to your city during “Tour Noir.” 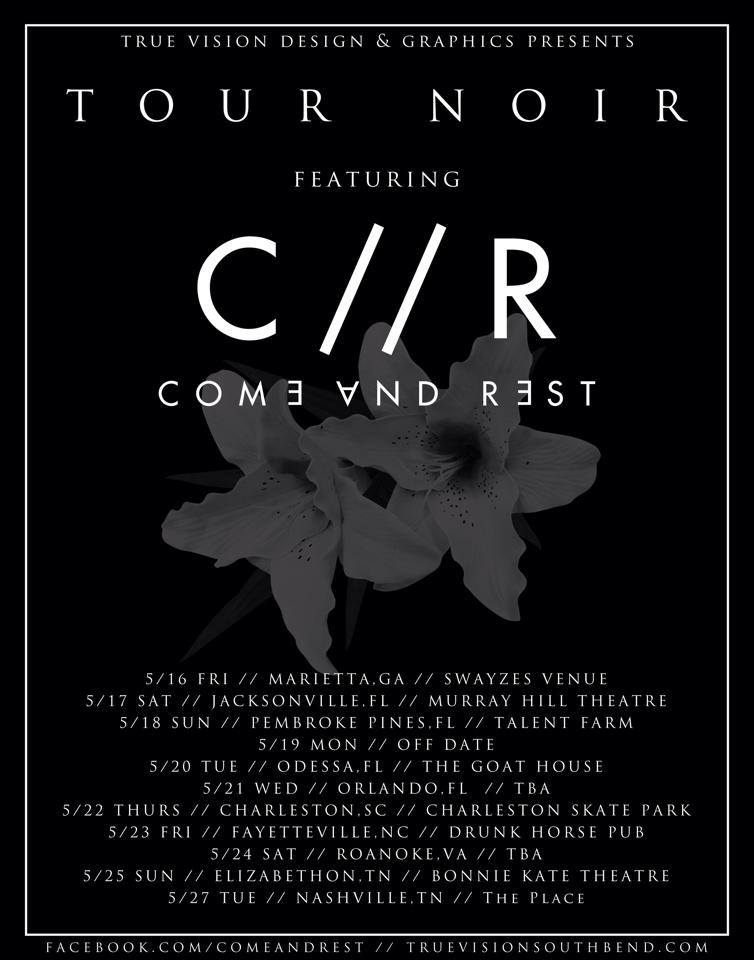