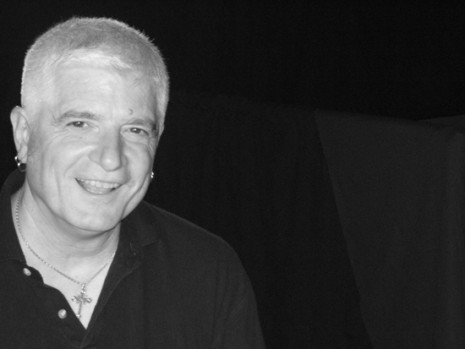 The Disconnect:
Why Evangelicals Make Bad Art
(Part the Nineteenth)
By Kemper Crabb

For some time, we’ve been exploring the question of why millions of American Evangelicals have failed to make much quality art of any sort, and have seen that this is largely because of limited (or distorted) views of Scripture’s teachings (or a failure to act on or consider the implications of the things they do know from it), even though the Bible instructs believers in “every good work” (2 Tim. 3: 16-17), which includes making art.

We’ve looked at some destructive aspects of shallow or distorted views of the Doctrines of Creation and Eschatology. We also lately turned to a consideration of the artistic damage wrought by a sub-Scriptural view of the Doctrine of the Holy Trinity, as a rejection or misunderstanding the Three Persons of the One God destroys all possibility of Biblical justification in seeking symbols as both revealing multiple meanings and simultaneously unifying those varied meanings.

A denigration of the Triune Mystery inevitably leads to confusion concerning the reflected mystery in men, who are created in the Image of the Mysterious Triune God, which reduces men to simplistic machines subject to quick-fix techniques.

This results in a flattened view of man and the world, reducing humanity to a uni-dimensional construct made for one mode of being, instead of the nuanced, complex, multi-orbed creature and Reality God created for mankind to reflect God within.

We saw this illustrated in the last couple of articles by the example of the rejection of a Scripturally-sound song (deemed by all involved as artistically-advanced) by a Christian record label on the basis of it not having a “happy ending,” a rejection undergirded by a uni-dimensional view of man and the world which deemed that God wanted humans to be only happy rather than holy, as those who, in a fallen world, should also experience sorrow, lamentation, and repentance for their sin, as well as sharing in Christ’s Sufferings (1 Peter 4: 12-19; 2 Cor. 7: 8-11).

The Word of God, though, overwhelmingly concerns itself with the relationship and experience of God and His Covenant People, and reflects in that nexus not only happiness and joy, but also fear, sorrow, suffering, repentance, guilt, duty, malediction, and holy terror as normative in a fallen world.

All of these categories of human experience are reflected not only in the narrative parts of the Bible, but also in the lamentation, sorrow, sacrifice, and hope represented the prayers, proverbs, and psalms of Scripture, in the apocalyptica (symbolic prophetic writings), prescriptions of the Law, and the Epistles of the New Testament (a number of which were written from prison and/or by men who were eventually martyred).

The Complex and Holy God Who deals with His complex and fallen creature, mankind, utilizes all created things, whether fallen or not, to reveal Himself in His Persons or Aspects (Gen. 1; Ps. 19; Rom. 1: 19-21).

This means that all these categories of existence (which God uses to reveal Himself to men) are revelatory, communicate the meanings the Creator-God gives them, to His Image-Bearers, mankind. These aspects of Reality, which accurately reflect God’s Created Meanings, are all thus useful and necessary to fulfill God’s Purposes in Reality; thus, all history in all its aspects, is revelatory, speaking accurately to men in all their states of being.

God uses all of mankind’s experience to reveal Himself and accomplish His Purposes, call men to Himself, convict, correct, etc., and therefore the full range of man’s experience is meant to lead God’s People (those who know Him) to holiness, to be like God, to be sanctified within their fallen states, and thus the experience of men (redeemed and otherwise) is necessary, and accurately reflects Reality (which is why these varied categories are present in Scripture).

Though final joy and full happiness await the redeemed at time’s end, the Fall is real and radical, and fallen man experiences the world in light of this, whether redeemed or unregenerate. All men, Christian or pagan, know this varied experience, and to attempt to depict a Reality which is not faithful to Scriptural categories is both to deny the witness of Holy Writ and to lead the unregenerate to consider Christianity escapist, irrelevant, and false. Our art must reflect God’s Truth, or deservedly be seen as untrue and irrelevant. 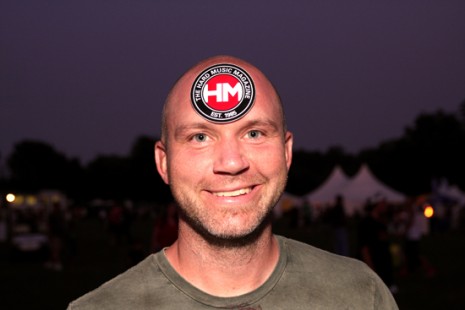 The way I see it
Chris Wighaman

I am at a music festival; a Christian music festival. It is a little strange, every band that has played has promised to rock my face off. The Skillet lead singer went into great detail of how my face would be “rocked off.” They then went on to put on a very good show, but when I checked my face periodically I found it in the same place as when they had begun. Not one band fulfilled that promise until Disciple took the stage [and, yes, it happened much like the Skillet guy described].

There are many stages, bands, booths, merchandise hawkers, over-priced water sales, corn dogs, first-aid stations, screaming teenage girls as well as older men screaming like teenage girls. Then there are the inevitable and prolific “Christian” T-Shirts. I saw “His Pain Your Gain”, “body piercing saved my life”, “got Jesus?”, “HisWay” in the form of a fast food chain logo and so on. These shirts usually give me pause. Actually they usually make me throw up a little bit in my mouth. They are so cheesy and over-the-top. There is nothing subtle about them. As I watched the masses move to the music in their Christian-branded garb; I struggled. Do I hate these shirts because they are cheesy [they undeniably are] or because they leave no room for “Christian Anonymity” [hmmm, probably].

In Romans Paul declares that he is not ashamed of the good news of Christ, because it is the power of God for the salvation of all who believe. Paul puts it out there with no reservations. His faith in Christ is blatant and bold. The way Paul lived his life was so full of talking/preaching/reasoning and action, but always with one thing at the forefront: faith in Christ. His message was about the life-redeeming power of faith in Christ. His actions were a reflection of his belief in the Christ. He reminds his readers in Corinthians that the only thing he brought to them was Christ. It was in Christ’s Name, not in His or anyone else’s, they were baptized. I don’t know if Paul would have worn a “Pick Jesus” shirt, but I do know there was little question as to what the driving force of his life was. As the day wraps up I’ve debated in my head throughout and I would have to say the shirts sicken me a little less. For me, my hope is that in my life Christ would be so central that no matter what I do or say that the good news of Christ will be shared. I do not want to seek anonymity in my faith, but instead always be bold, because, of course, “Hii Saved Me” [insert mental picture of little Wii Jesus here, on black t-shirt, which can be picked up for $15.99 at your local Christian Bookstore]. 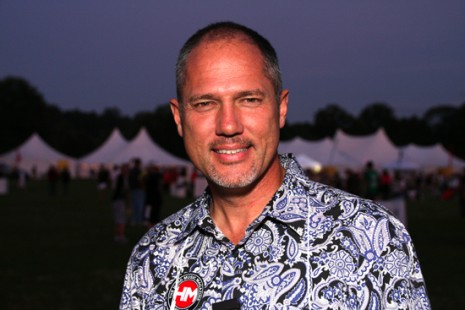 What man can live and not see death, or save himself from the power of the grave? Selah.
—Psalm 89:48

Selah is a little understood Hebrew word that means “stop and listen,” and as a public speaker I certainly understand the power of the pause. A moment of silence allows an idea to sink in before more information is added, and 71 times in your Bible the psalmist makes a statement, then asks us to stop and listen. Selah.

In September I joined HM publisher Doug Van Pelt and fellow columnist Chris Wighaman at Revelation Generation, one of the nation’s largest Christian music festivals. With the nearest Starbucks 20 miles away, my wakeup arrived when REV/GEN’s massive tents and Woodstock-sized staging burst into view, impressing me how a remote piece of ground in the rolling hills of New Jersey could be so perfectly transformed into a, …a what? Bob and Kim Grom’s property was no longer a horse farm; it had become a temple. People came to worship.

HM Magazine sponsored my favorite stage, and for two glorious days we heard about Christ from Emery, Underoath, Norma Jean, The Devil Wears Prada, and more. Hundreds of readers stopped by our booth to say hello, including hardcore fans like Bethanne Ciaccio, Raymond Sweet, and John Richardson. Over 50 artists performed between four stages, and by the time Switchfoot shut off the lights and closed the door, 30,000 of us had been inspired, motivated, stirred, healed and challenged. And then… Selah.

After a trip to the Mountain — whether it’s a life-changing Skillet concert, church on Sunday, or ten minutes in the Good Book each morning — it’s wise to take a moment for reflection.

Since it’s not how high we jump but how straight we walk after we hit the ground that counts, make note that forward motion seems best when it follows a pause.

[ Greg Tucker Greg Tucker is president of Tucker Signature Films in Beverly Hills. You can meet him at the TuckerG@mac.com ]