Bringing It Back For the Kids Fest review 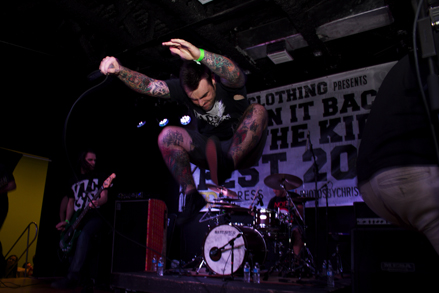 Bringing It Back For The Kids Fest was a fest for the hardcore community, in Pompano Beach Florida at a local venue known as Rocketown. x1981x founders Alex Kenny and Cliff Wiener were the organizers of the fest. I had been anticipating on attending this fest since the facebook page was created. For a fest that had the names of Terror, Trapped Under Ice, Stick to Your Guns, Your Demise, Shai Hulud, Casey Jones, Close Your Eyes and plenty of other heavy hitters of the hardcore community as well as up and coming bands, it was a once in a blue moon kind of thing, and for it to be in South Florida was a huge deal for the florida hardcore scene. 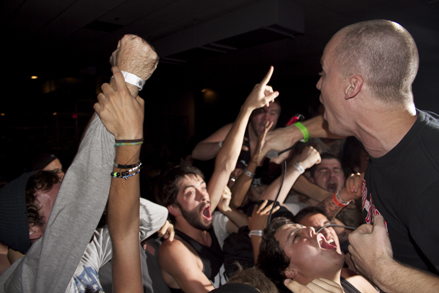 The fest span over 2 days, from Friday May 13th to Saturday May 14th. Inside of Rocketown were 2 stages, the x1981x Main Stage and the Royal Family Clothing side stage. Upon doors opening over by the mainstage, organizers had set up a good ol’ fashion game of dodgeball. I participated with a couple of my friends from Daytona Beach, and the outcome was not so great after I was hit below the waist. Nonetheless, the atmosphere in Rocketown was a very fun one, organizers made sure everyone was having fun, and it was a great way to pass the time as bands were still setting up and checking in. The first day bands such as Knock Em Dead, Casey Jones, Thick as Blood, Remembering Never and Evergreen Terrace were the obvious must sees of the event. Once the first band began to play, it was incredible to see the amount of kids in the room, I figured a lot more kids would show up towards the later part of the evening with some of the bigger bands taking stage, but I was happily mistaken. After the first band played my good friends in Strengthen What Remains took mainstage to a good 100 or so kids, and it was really cool to see most of these kids jumping on the barricades and singing along. My friends in a band called In Reference to a Sinking Ship who came from the same area as Strengthen, played on the main stage as well. In Reference stood out for the fact that they were predominately a more metal band, but it was great to look out towards the crowd and seeing these kids dance as well as singing along, to me that gave me the idea of what this fest was about, unity. Throughout the first day of the fest I saw a ton of great bands that had come from all over the country as well as the heavy hitting local bands, and all of these bands kept the energy in Rocketown flowing, there was never a dull moment. The bands would play after another from stage to stage, this made for a very fast pace and kept the day going by fast. At the end of the first day of the fest, was the only time I saw people stop, it was a chance for people to relax and gather themselves for the second day. 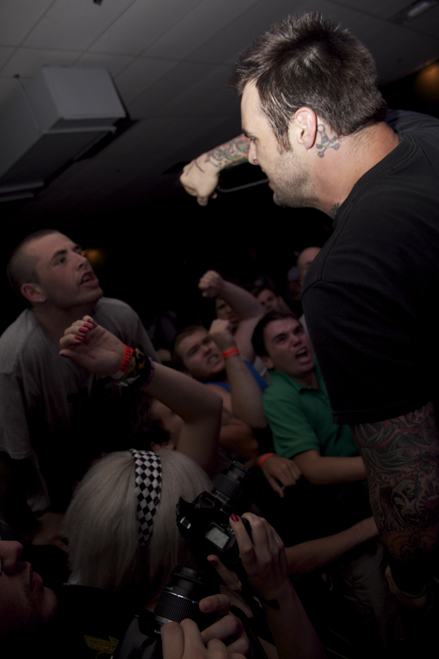 The Second day of the fest consisted of bands such as Terror, Trapped Under Ice, Your Demise, Close Your Eyes, Stick to Your Guns, Shai Hulud, and Know The Score. It was very obvious it was going to be another high-energy day, with a lot more kids in attendance, and it was just that after the first couple of games of dodgeball it was apparent that Rocketown was going to be packed out for most of the day. As I made my way to the side stage for the first band to play for the day, it was insane to see how many kids had come out, from wall to wall I saw a lot of familiar faces from the prior day, as well new faces. As the day progressed more kids began to show up, and it was apparent that this fest was on its way to being successful. 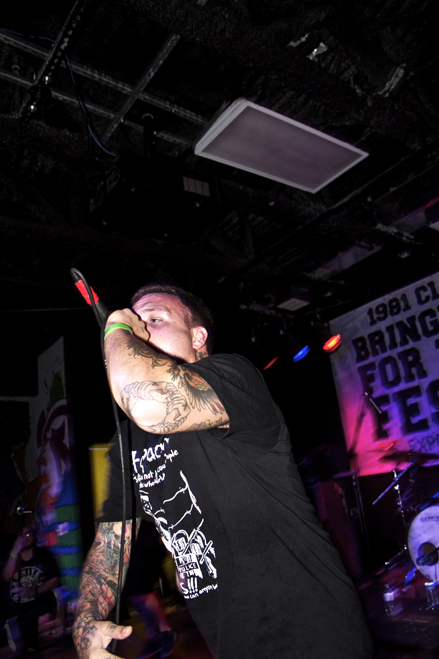 The heavy hitting hardcore bands were beginning to take the stage, and it was an incredible sight to be in the main stage room and look out over the barricades and see all of those people standing there in anticipation for these bands to hit the stage. As the bands began playing you could feel the floor move from the kids stomping and jumping, the energy never stopped. Kids were running back and forth to see bands such as Your Demise, Know The Score, Close Your Eyes, Until The End , Trapped Under Ice, Stick to Your Guns, and Shai Hulud, but just when you thought that the night was going to end with Terror taking the mainstage that was protected by the barriers, Alex Kenny gave Terror the opportunity to play the smaller side stage. Prior to terror playing, the sea of people crowding this smaller stage was incredible, I took the opportunity to climb on top of an arcade game to get a good vantage point to shoot some video, and it was a good choice. As soon as Terror took the stage, these kids brought all the energy they had left and showed Terror that hardcore is alive and well. Every command Scott Vogel gave, the kids answered. Scott Vogel said “I want to thank Alex Kenny for letting us play this stage, so please no stage diving, but climb on top of your friends, get up here and sing” and like a coordinated dance, these kids jumped and surfed there way up to the front and sang along.

After Terror played, and people began to leave, I’m pretty sure everyone had felt accomplished. This fest was made to bring kids from all over Florida, the country and the world together under one roof, to defend the music they love.  This fest opened my eyes to the little I knew about the hardcore community and showed me how much these kids give to see these bands and to experience these shows. I have been to plenty of hardcore shows and I have been to warped tour, but this fest was a completely different experience, it felt like everyone in that venue knew each other and everyone was family. I think that was the whole idea behind this fest, to bring everyone together, to hear new bands, to have fun and to hangout and meet people who share a common interest. 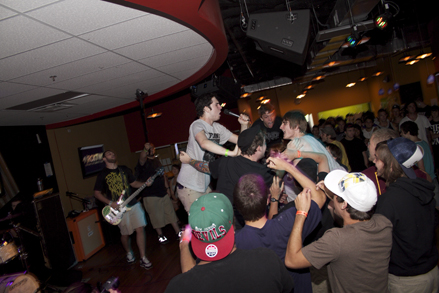 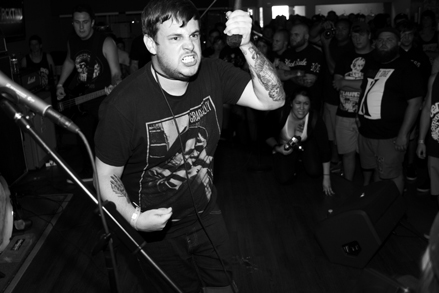 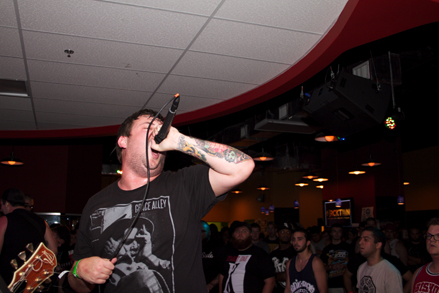 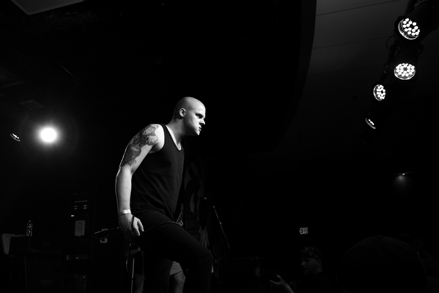 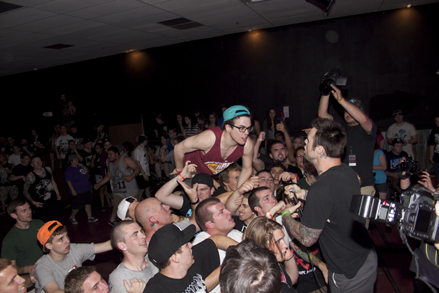 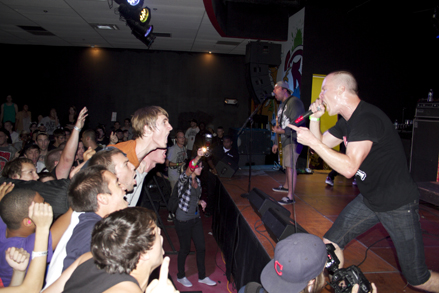 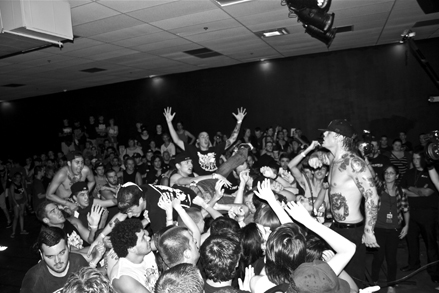