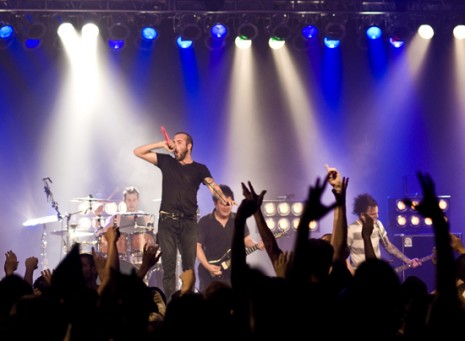 In the course of the last three or four years, August Burns Red played their brand of modern metal music all over the United States and around the world.  In fact, as I write this, the band is in Japan, and later this summer will be in South America and then Europe in the fall.  With album sales figures aiming to reach the quarter-million mark (240,000+ and counting) – initiated in part by the 2009 release, Constellation, the group is known all over.

Yet, they chose the countryside area of Lancaster County, Pennsylvania to shoot a live album/DVD.  More specifically, in small town of Manheim at the Warehouse 54.

The venue was a great choice on various levels.  With ABR’s practice barn not far from the venue, it was in their back yard.  And Warehouse 54 has more than one stage.  So while the cameras, sound and lighting was ready for recording in the main room, local and regional bands I, The Breather, Embrace the Beauty, and Free the Fallen, warmed up the crowd in a separate room.  While the openers performed, serious ABR fans, some of whom waited all day outside in order to get a spot up front by the stage, chose to stand in line to get into the main stage. 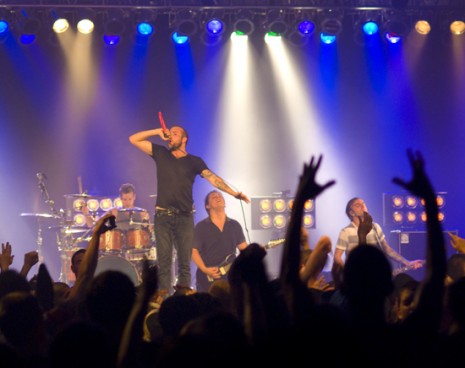 In the weeks prior to the show, lead guitarist JB Brubaker exclaimed, “Even though this is a hometown show for us, we encourage anyone who wants to travel to come, see how we get down at home, and be a part of this DVD!”  Several neighboring state license plates could be found in the parking lot.  But the band’s wish came true, as two fans sporting a flag from Quebec, Canada made the trek.

Warehouse 54 is not fancy as venues go, but the mostly hometown crowd (including relatives of the band) and commanding lighting drew out what was needed to provide each band member the extra energy to accomplish a notable live recording.  ABR played for about an hour.  Despite the heat building inside, the enthusiasm from the crowd never went down. 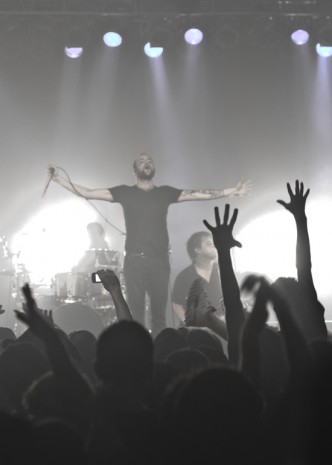 Lead vocalist Jake Luhrs made frequent connections with the audience from the amazing intro all the way to the brilliantly accomplished encore.  Luhr’s encouraged the gathering of about 1,300 to make a circle pit near the end of the set.  A portion of the crowd obeyed, with the remaining folks watched.

Throughout the fourteen-song set, the swarm of fans in attendance became as much of the live recording as the band performance.  Even though it is invariably difficult to capture all aspects of a live performance, I would bet the end result of a warm June evening in Lancaster County, Pennsylvania will not disappoint. 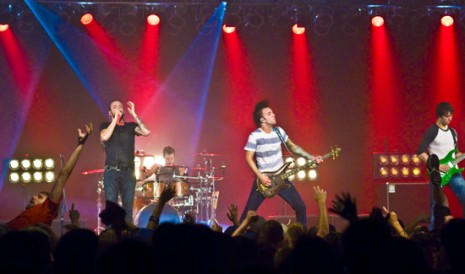