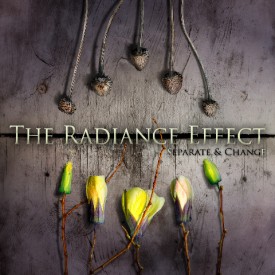 1. Name 3 bands that, had they not released a certain album at a certain time … and you would not exist as a band.

2. If there wasn’t music, what skills would your members use and what would they do?

Corey does to much as it is. He would probably be a professional photographer or a producer.

Ben would most definitely use his skills as a gamer to make a living playing video games.

Kurtis would be a music teacher. Since he has voiced that he has no other skills J

And Chris would probably be a translator for something. He’s always talking in languages none of can understand at all.
3. When asked to describe your band by comparing yourself to others (the dreaded “Recommended if you like” question), who would you list?

We generally compare ourselves to people, but in no way think we are good as they are: Switchfoot/ Dashboard Confessional /Thrice

4. What’s a secret or little-known fact about your band (or one of your band members) that would make you the darlings of the music world if we all knew it?
Corey once worked at a hair salon and learned how to do hair/nails/give massages. This pretty means good things to most women. ha-ha

5. If there was another band and another album that you could give everyone as a present for Christmas, what album would that be? Why?

I think this is a tie between Queen’s greatest hits and MJ’s number 1hits cd’s. They are both extremely great albums and in our opinion are incredibly original and inspiring as an artist.

6. What is one belief, conviction, idea, or passion that you honestly think might’ve been deposited inside you or given to you by God?

That every single person, no matter what, deserves to be loved and hear about the love that God has for them.

7. What’s one of the most memorable things (either good, bad, or funny) that’s happened at one of your shows?
One the most memorable shows we have ever played was when we played a show close to our hometown with BLINDSIDE. The show was sold out and the crowd was incredible. I’ve never seen a crowd so into a show like that show.

8. If you had a chance to perform for most of the televised world and play just one song, which song would you play … and why?

That would probably have to be Make It Happen. It’s a song that we wrote for an organization called Compassion International, and we think it pretty much encompasses everything we stand for as a band: showing love to everyone we come in contact with, in whatever way God chooses. That, and Corey would be really freaked out about playing piano on national television.

9. If a super surgeon removed all of your emotions and the ability to feel any emotion for the rest of your life, which one or ones would you most want to have back? Why?

I would have to say joy and sadness; joy, because, hey, who doesn’t like feeling joyful? And sadness, because it would be hard to appreciate true joy if that was all you felt, all the time.

10. If you could ask God one question, what would you ask Him?

Why oh why did you choose to love me so much when I show my love for you so little?

11. What’s the best video on you tube (like, if our readers had to type in a word or a few to search it, what would the keywords be?)??

Not that it’s a completely clean video but “Creed Sheds 3” is the funniest thing I’ve ever seen on YouTube.

12. If someone came to you and said, “Hey! I need to make some changes in my life…Help me out! I’m going to take one piece of advice from you and apply it to my life and/or make it a habit for 30 days. What would that piece of advice be?”

I would say, make every effort to go out of your way to help and serve someone everyday. It makes it easier to look past yourself and try to see the needs of others.

13. In 4 sentences or less, explain how your band came to exist. (and give us a date)

Well, in 2004, Ben and Kurtis went to church together, along with two of our former members, who started the band initially. Corey was a high school friend of our former keyboard player, and joined up shortly after the band first formed. After the departure of our keys player and guitarist, we met Chris through a mutual friend. He tried out, and after playing maybe 2 songs with us, we asked him to join the band.

14. What are your names, instruments, album titles (or song titles if no albums recorded), and location/hometown?

15. What is the release date of your next (or latest) album? Or what is the next big date on your band’s calendar?

We just released a new record called “Separate & Change” on August 22nd. Go pick it up!

16. What’s one question you’d always wanted to be asked in an interview? (and please provide your answer)

What was your favorite game to play as a kid?

The one where you were on the jungle gym or play ground equipment and you couldn’t touch the ground b/c it was all HOT lava!!!