The Order of Elijah is proud to premiere the name of their new album, Pathos, Logos, Ethos. The album art reveal is below. We spoke with vocalist Shannon Low – notable for his relatively recent departure from the Christian religion despite the band making their name as a faith-based act – about the first single, and he quipped:

“Our new album is called Pathos, Logos, Ethos. The first single from that album will be called ‘Highly Functioning Sociopath.’ Without a doubt, this album shows how we’ve matured both musically and philosophically. We teamed up with We Were Giants on this tour as the perfect kick-off for the album campaign.”

To support the new album, the band will be heading out on tour beginning late this month with We Were Giants on The Revelation Tour. Dates are below. 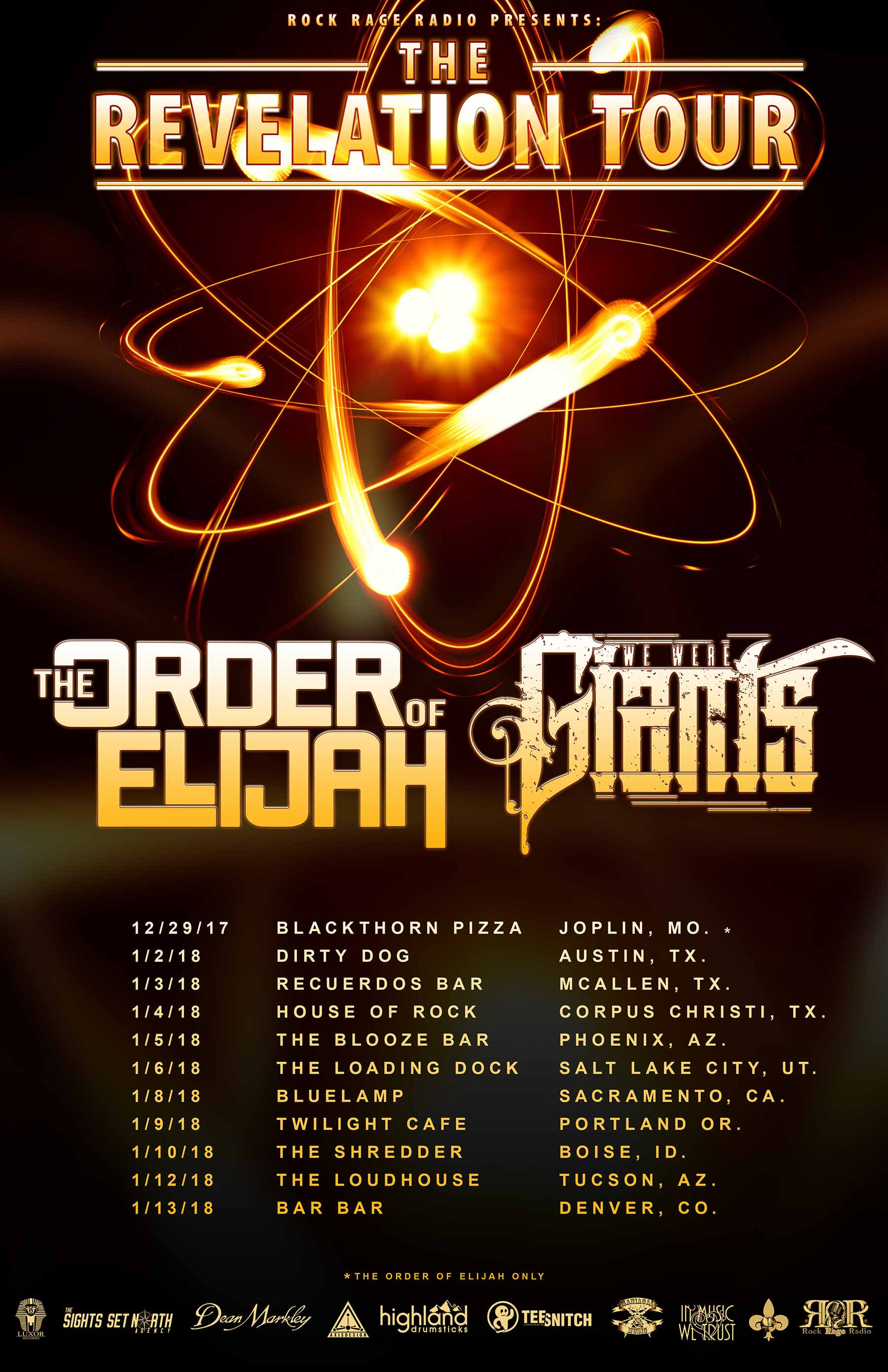