On the heels of a Top 10 album release in War at Heart, The Order of Elijah is back on the road. The Joplin, MO-based band dropped the album earlier this year, but had to take some time off after its release. Back to touring strength, we spoke with vocalist Shannon Low about getting back on the road:

“After War at Heart dropped in January, we found out on tour that we had climbed to the iTunes Top 10 Metal Charts. After that, I had to focus on a semester of classes for my Radiology major, so we took a small break from major touring. Now that the semester is about over, TOOE is primed to hit the road and destroy some full-length tours. Every show is going to wild.” 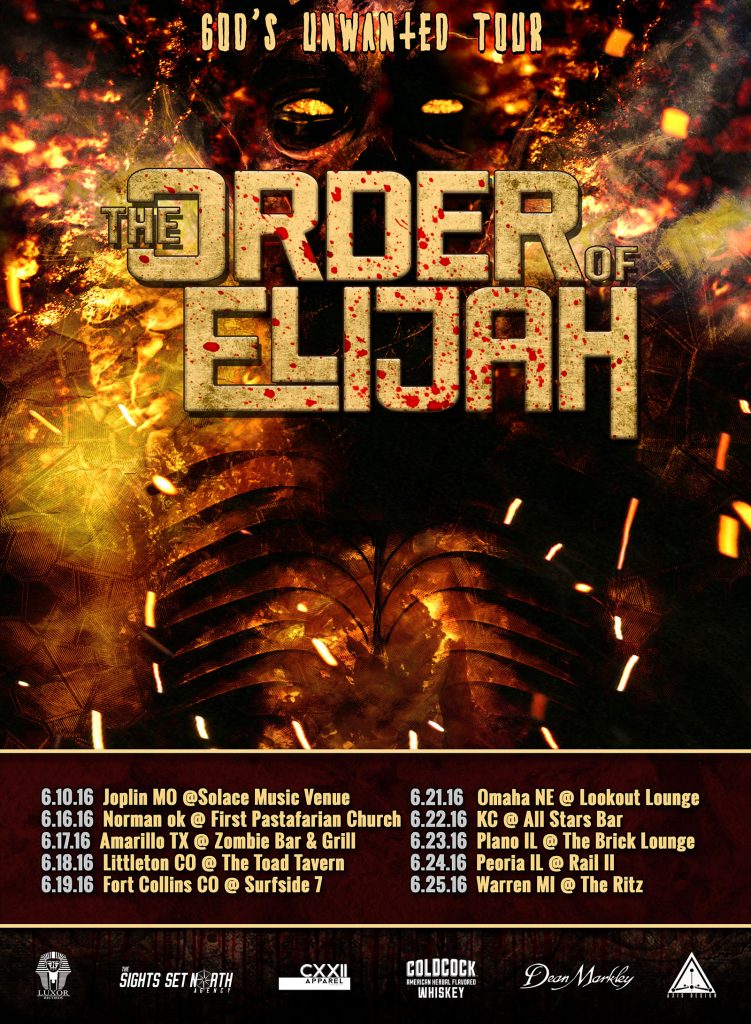