Moses Uvere Showing Much Love to Dallas With New Single
Uvere’s first Never Been Better single “Dallas” will be released on Friday, February 22, 2013. 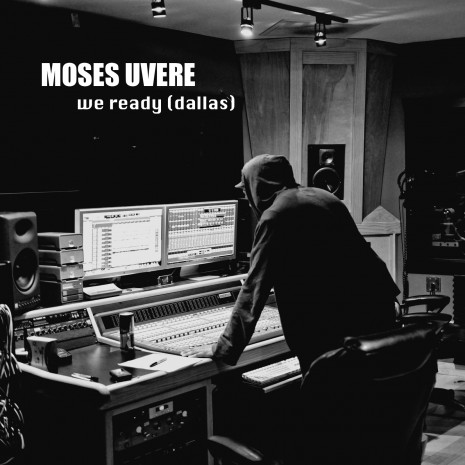 Hip-hop artist Moses Uvere will release his new single, “Dallas”, on Friday, February 22, 2013.  “Dallas” will be available on iTunes, Spotify, and Amazon for $0.99. Uvere chose “Dallas” as his first single off Never Been Better because he wanted to make a bold statement and give back to his hometown. “I love this city and I felt almost responsible to make something that embodies my love,” says Uvere, who will headline a benefit show for Music in Action at Upendo Church the same day his new single is released.
When asked about the inspiration for “Dallas”, Uvere enthused: “This is the moment! Our city has needed something that stands as a statement of where we are from. I’m glad that I can finally deliver something that my people can be proud of.” The song took Uvere nearly a year to write. “I really put my heart and soul into this song. I wanted to really capture the essence of the culture I’m a part of. I’m so excited to share this with the city of Dallas!”
K104’s four million listeners will be amongst the first to hear the song on Sunday, February 17, 2013 during Street Swagg Sunday.  Street Swagg Sunday host Kiki J will interview Uvere about his inspiration for the song as well as play a sneak peek of the song. Kiki J will play the full song the following Sunday, February 24, 2013. Uvere is set to perform “Dallas” live on CBS 11 This Morning on the day of the release.
The Dallas native has released two albums in the past that are currently available on iTunes and Spotify.  The upcoming release of “Dallas” will be a preview of his third album that will be released this spring.  Uvere is available for interviews regarding the song as well as live performances.
About Moses Uvere
Twenty-six year old Dallas rapper Moses Uvere is bringing a whole new sound and vibe to hip-hop. His debut and sophomore albums From Worse to Better and Mind the Gap are currently available on iTunes and Spotify. His third album will be released in spring 2013. For more information and tour dates, visit mosesuvere.com.
twitter.com/mosesuvere — facebook.com/moeandmusic — youtube.com/uveremoses