Interview with star of The Last Exorcism 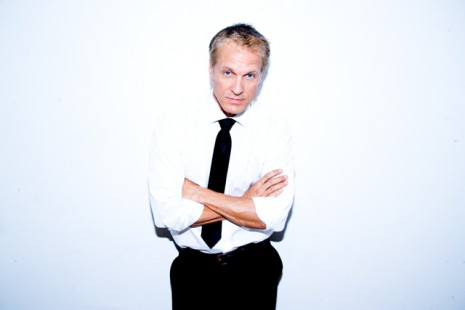 What was the most difficult scene or scenes to film?
The preaching and the exorcism; both required a lot of energy. We spent three days in the church and I was up preaching for most of it, lost my voice by the end. And the exorcisms themselves were emotionally draining, we were in those scenes for along time and they were definitely intense. I think that shows up in the film.

How did this movie take shape (from idea to script to final output)?
Well, the script crossed Eli Roth’s desk and his enthusiasm for the project got it rolling, they recruited Daniel Stamm to direct and he brought me in to audition and asked me to improvise some scenes with Ashley Bell, then had me bring a sermon of mine own. Then we read the script, so if was a bit of a cart-before-the-horse process.

What are some of the unusual, positive or negative reactions you’ve heard about from the film?
The audience on premiere night reminded me that the film has a lot of humor, which was fun to listen to. I’ve had people tell me I should go into preaching if the acting thing doesn’t work out. And even my Mother liked the film, but she couldn’t watch the ending. 🙂

What do you personally think about demons?
I think there’s definitely Evil in the world. But demons walking around? I don’t know….I’ve certainly seen people ‘lose it’ or become ‘possessed’, when their eyes go somewhere else and you sense danger around them.

What sort of experience have you had (if any) regarding demon possession?
I was enraged when a girl broke up with me in High School, does that count?

Where do you think other exorcism films have fallen short.
I don’t know if it’s falling short, so much as not trusting the audience to really follow a well told tale; going for a scare or a shock way too early.

Where do you think others have succeeded?
Well, the grandaddy of them of all, “The Exorcist” still stands up incredibly well. And I thought “Emily Rose” from a few years back was good, too.

Anything else you’d like to comment on about The Last Exorcism?
I think it shows that you don’t need a giant budget to tell a great story. And it’s thrilling to go into a theatre and see the audience reaction to the work you’ve done. It’s been a great ride.

What’s next for you?
A complete 180 from playing an exorcist. I just wrapped up 12 episodes of a new sitcom for CMT called “Working Class”, starring Melissa Peterman, Ed Asner and myself as her love interest. It premieres Jan 28th on Country Music Television. It’s in the classic sitcom mold, with the funniest girl on TV and a TV legend as well.

And no, I will not be required to exorcise anybody or anything.