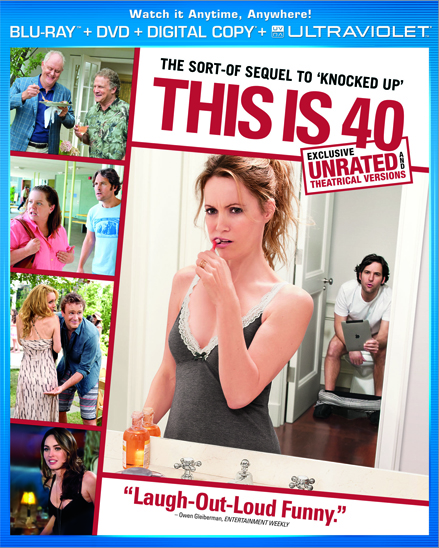 Wanna win a Blu Ray DVD of this movie? Don’t let anyone that’s “uptight” hear you say yes. You know how some folks think Christians are too uptight and never laugh at funny things and are too worried about upsetting the status quo? Well, this contest is submitted into evidence, Your Honor, to show that HM is crazy and unafraid to rock the boat.

“I haven’t even seen the movie we’re giving away copies of,” confesses editor Doug Van Pelt. “There’s probably a nude scene or some inflammatory statement about something I don’t agree with somewhere in the movie, but I know I’d like to watch it.” It’s just a contest and held for a short amount of time, so enter in if you’d like. If you prefer to boycott HM over this reckless “maneuver,” please do it up big and make a huge stinkin’ deal about it and make sure it gets mentioned in newspapers and network TV stations.

To enter, send an email – with “This is inappropriate” in the subject heading and include your name and mailing address in the body of the email – to contests(at)hmmag(dot)com

A midlife milestone sends a long-married couple  into an uproarious tailspin in This is 40, coming to Blu-ray™ Combo Pack, DVD and On Demand on March 22, 2013, from Universal Studios Home Entertainment. Audiences fell in love with contentiously loving couple Pete and Debbie in Judd Apatow’s comedy sensation Knocked Up. Five years later Apatow reunites with his hilarious creations as Paul Rudd and Leslie Mann reprise their roles as husband and wife balancing the challenges and rewards of marriage and parenthood with the milestone of turning 40. The Blu-ray™ Combo Pack includes a hilarious unrated edition along with more than an hour of extended and additional scenes, backstage documentaries and commentary by the cast and of the raucous and raunchy comedy that Entertainment Weekly’s Owen Gleiberman says is “laugh-out-loud funny.”

The Blu-ray™ Combo Pack allows consumers to view This Is 40 anytime, anywhere on the platform of their choice. It includes a Blu-ray™ disc, a DVD, a Digital Copy and UltraViolet™ for the ultimate, complete viewing experience.

Bonus Features Exclusive to the Blu-rayTM

Bonus Features on Both the Blu-rayTM and DVD

From the director of Knocked Up and The 40-Year-Old Virgin comes an unfiltered, comedic look inside the life of an American family. After years of marriage, Pete (Paul Rudd) and Debbie (Leslie Mann) are approaching a milestone meltdown. As they try to balance romance, careers, parents and children in their own hilarious ways, they must also figure out how to enjoy the rest of their lives. Featuring Melissa McCarthy, Jason Segel, Megan Fox, John Lithgow and Albert Brooks, This is 40 is a candid and heartwarming comedy about the challenges and rewards of marriage and parenthood in the modern age.