Today, HM is proud to premiere the newest music video from Zao for their track, “Xenophobe.” The track comes from their highly acclaimed eleventh studio album, The Well-Intentioned Virus. The released marked the band’s return to the scene after seven years without a release.

The video was filmed by Dan Smotz of Goulash Films, shot at the band’s recent appearance at AURA Festival in Savannah, GA from mid-February. It is the first of several planned videos the band has in store for songs from their latest album. “I’m normally not a fan of ‘performance’ videos,” drummer Jeff Gretz told HM Magazine. “In general, when you know you are being filmed — even at a concert — it tends to cloud what you’re doing. You start mugging for the camera.”

He spoke more about the filming of the video, including some of the more interesting, behind-the-scenes bits:

“This was great because, at the time, we had no idea he was filming, so no (one was clouded); everything is pretty honest. This just showed up in our inbox one day. It was a fun show. Russ (Cogdell, guitarist) injured himself, once again, on stage, and, at one point, apparently took a bite out of the body of his guitar and swallowed it. Luckily Dan (Smotz, director) happened to catch a brief glimpse of that, so it’s in there.”

In other Zao news, the band is also partnering with Against the Grain Brewery (Louisville, KY) to produce a Zao-themed beer. It will be a smoked stout called Burned at the Stake — complete with chili peppers — named after a line from the track “The Sun Orbits Around Flat Earth Witch Trials” from The Well-Intentioned Virus. It will start out as draft only, and Zao will actually travel to the brewery in April to help brew it. It is scheduled for a release in May.

This Friday, March 10, the band will release a limited edition reverb guitar pedal called Haunting Pools. Only 24 will be made. The pedal, a single knob cavern reverb, were developed by guitarist Scott Mellinger and Abominable Electronics, featuring artwork designed by Matt Kerley from the latest album. “The pedals were developed out of the need for an adequate pedal based reverb for some of the new Zao material in concert,” the band told HM. 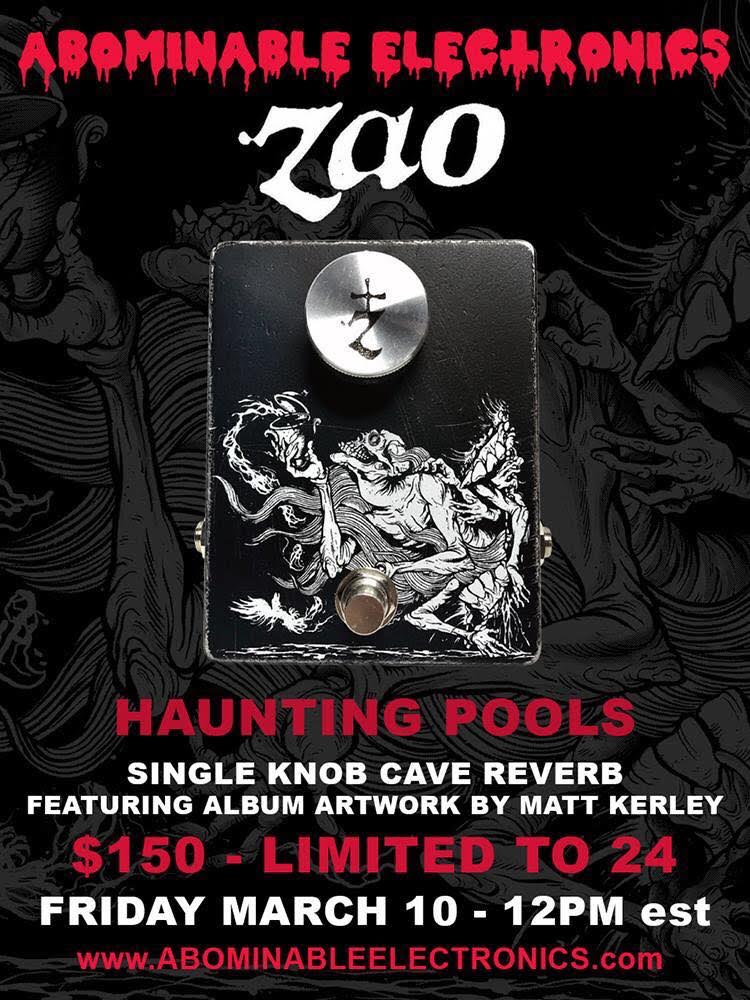