Chris has been a concert photographer for over a decade, covering the Hollywood and greater Los Angeles area. Now relocated to the southeastern states, Chris frequently finds opportunities to shoot live shows in the Nashville and surrounding areas, concentrating on the Christian metal scene. Drawing on 20 years of photography experience and 10 years as the singer of a metal band, his ability to put the camera right in the action of a live show has brought him unique perspectives and angles in the midst of potentially rough and dynamic photographic situations. 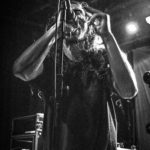 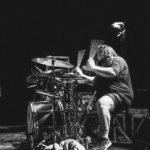 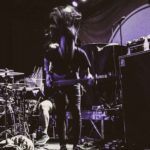 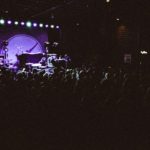 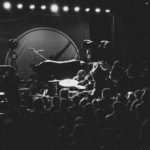 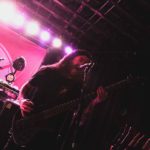 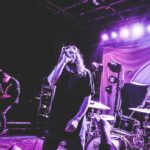 November 9, 2016, my best friend and I stood on the balcony of the Hawthorne Theater to see For Today say goodbye to a legendary career. The roster was stacked and My Epic was closing out their set as we made our way upstairs and caught the full performance of Silent Planet, whom I was barely familiar with.

Having a minor acquaintance with their music, I gladly sang the chorus to “Orphan” when it was performed since those words were all I knew. I still vividly remember their lead singer Garrett Russell making note that we had just elected the “TV Guy” as president and how crazy that was. It was one of those moments that felt universally uncertain and undeniably ominous. The day after the election when the show was held, I remember fearing riots may break out but going anyway because the show was too good to pass up.

With 26 months of having spun Everything Was Sound since, I arrived tonight at the same venue in the same great company. This time, I was well versed in the band and much more interested in their live show. I was there to see them, despite their being on tour with great acts like Strawberry Girls and The Contortionist. I was stoked to finally experience the show as a true fan of Silent Planet’s music and carrying the highest hopes for the potential sampling of album three, a clue as to what tertiary statement could follow, “The night God slept, everything was sound…” (The band has since finished recording their third album to be released later this year.)

Although those hopes went unfulfilled, I barely noticed; the Silent Planet live set is intoxicating. Drummer Alex Camarena was flawless with sticks in hand and bassist Thomas Freckleton held down the bass with style, but guitarist Mitchell Stark and Russell were legitimately on fire. The vocals finely executed on both clean and unclean fronts, the wealth of lyrics and their rhythm difficult to perform.

But beyond the impressive individualized performances was an overarching element of synchrony among the band. When they broke down, their ability to layer their craft live brought crashing hits that shook the walls. When the melody was present, it was supported with a perfect balance of instrumentation.

As I’m reminded every time I listen to them on record, Silent Planet is hybrid art expression. If you were to print their words on walls, people would dissect them and praise the coupling of honest perspective and psychological significance. To hear their sonic influence is to be consumed, a separate talent of equal significance. Combining these two elements has created something that isn’t made for duplication, though many will try. It’s an expression of heart, a voice for the minority, a desire to enact change that would be incomplete without both the lyrical yin and the musical yang. There is never the absence of substance that the band is known for, each song dedicated to someone special to them. The footnotes in their lyrics are so famously adorned with were highlighted live by Russell, giving meaningful introductions to the songs themselves.

As any band with more than one album should, they mixed up the setlist and visited The Night God Slept while also covering a good majority of EWS. The highlight of the show was, undoubtedly, “Panic Room.” There’s something about a song being delivered with such anger and passion that it actually stuns you when it’s in front of your face. The band was catering to a crowd that was less than half of their “lovers”; there was very little body surfing in the pit and the collective voice that I heard echo back to the stage that first night was largely absent. But for the exception of the chorus to “Native Blood” and “Depths II.” Yet, it seemed to be replaced by earnestly interested late twenty- to thirty-somethings with their eyes on the stage who were gradually letting their head bobbing give way to spurts of minor head banging.

Russell on two occasions made mention of it being an honor to play with bands that they had wanted so badly to tour with. He also voiced surprise to be on a card with such higher talent than themselves. It’s that level of humbleness that makes Silent Planet worth investing in as a listener as they are worthy of identical praise but shift it elsewhere. They’re the example of a truly grounded band that is there to connect with those who care enough to show up, and somehow still seem surprised that people are there to see them at all.

Especially after tonight, I feel safe predicting that, even after nine years, Silent Planet hasn’t peaked, and we will likely keep seeing their fan base expand with their discography. If their career thus far is any indication, it also seems equally likely that their commitment to giving voice to the forgotten will only get congruently louder.