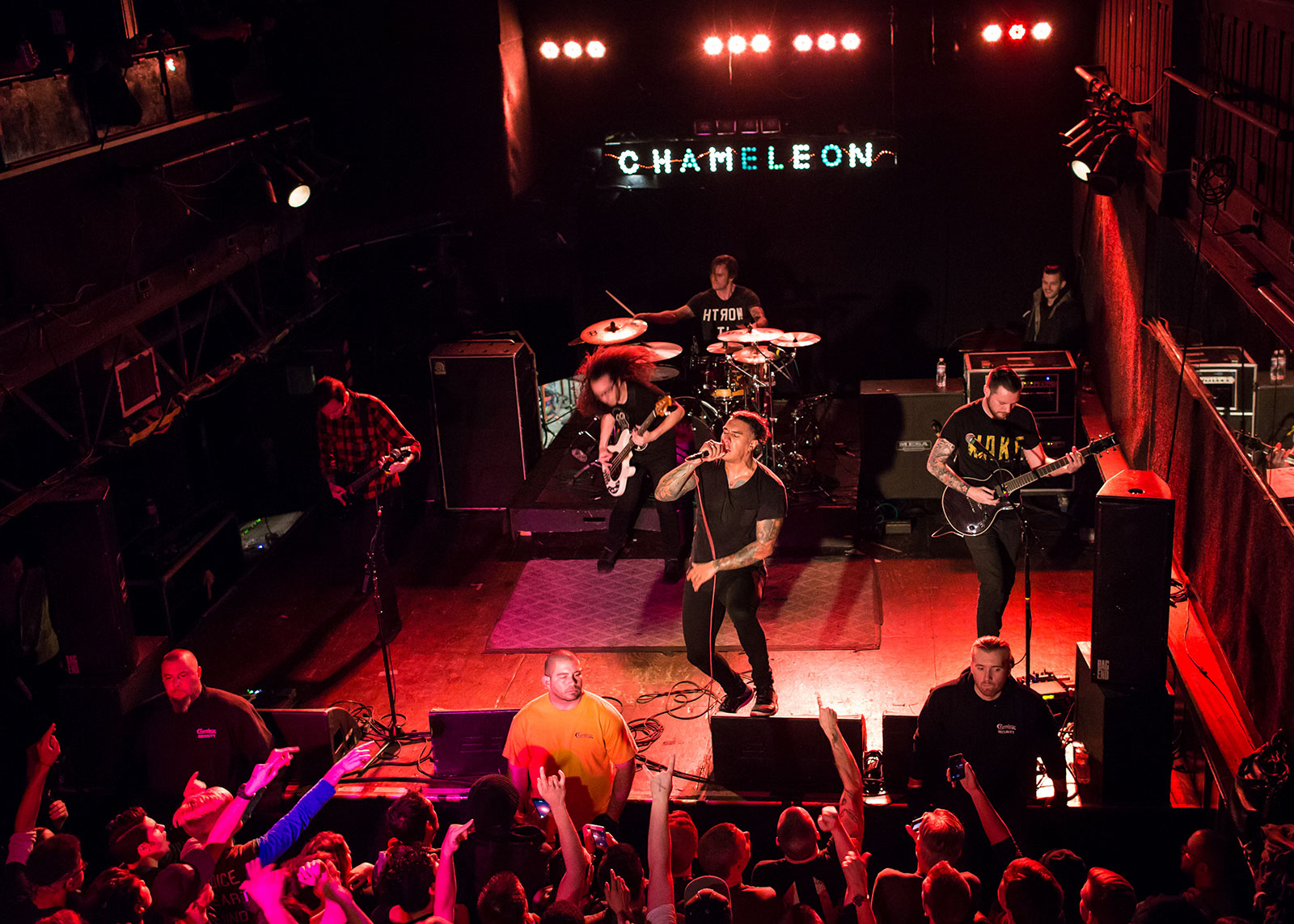 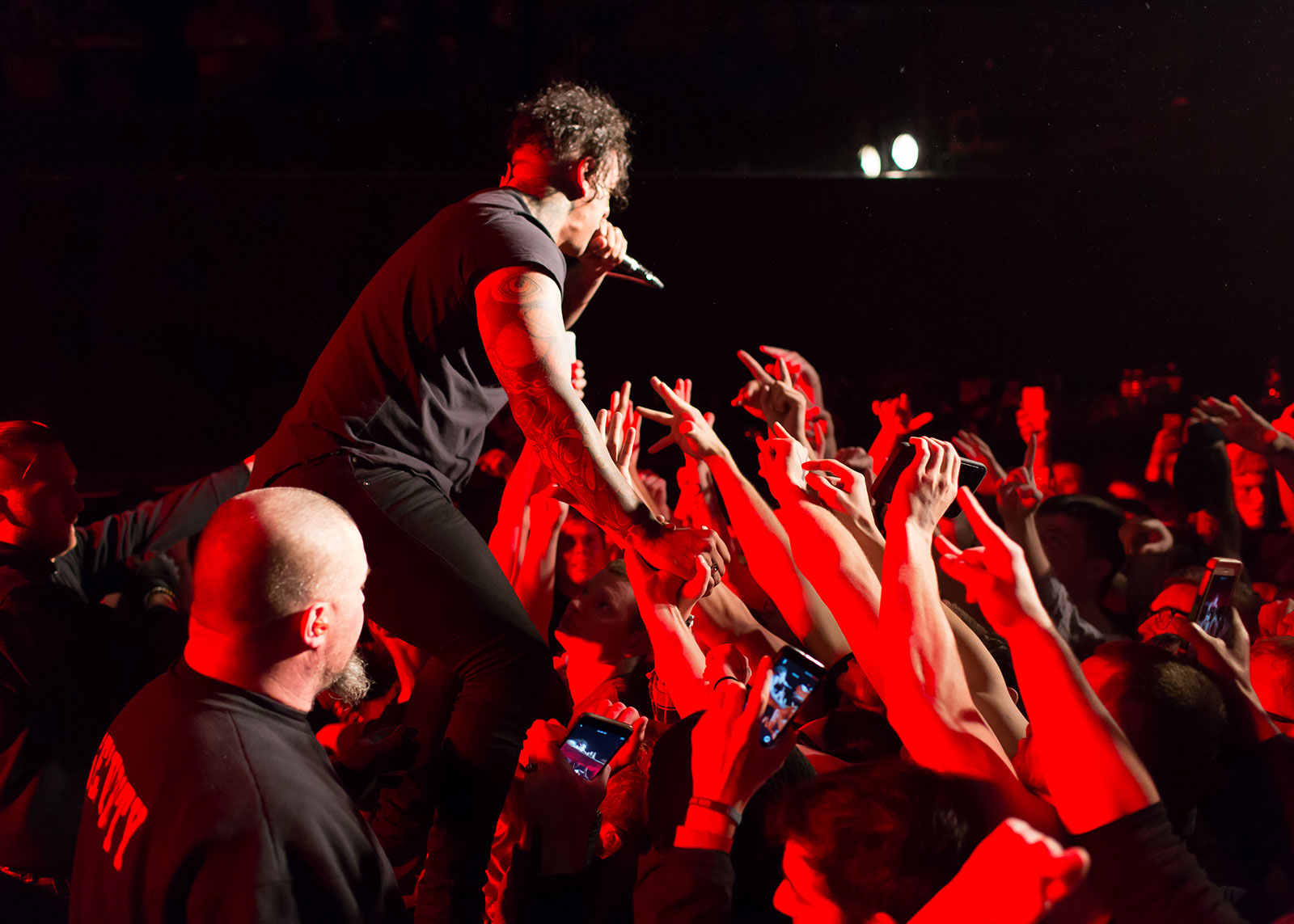 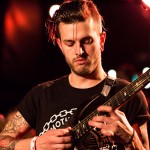 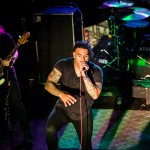 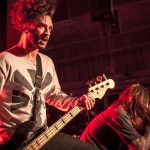 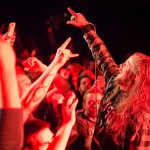 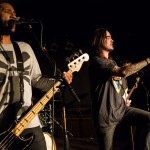 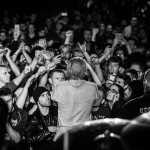 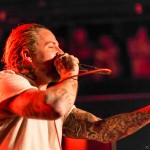 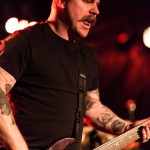 It was a cold February evening in Lancaster, PA with wind chills hovering around -5° F. I was standing outside of the Chameleon Club, waiting for the venue to let me in so I could shoot the For Today Wake show. He never came back. I hung out with the crowd that lined up outside, trying to stay out of the wind. Some fans had driven several hours to get to the show. Right as doors opened, like bees returning to the hive, the street became jammed with cars trying to quickly park and people running in to beat the icy wind. Hundreds of attendees arrived at the last minute and filled the venue; in a matter of seconds I realized the show was sold out.

California metalcore outfit Phinehas lit the fire that kept burning throughout the entire show. Sweat-drenched vocalist Sean McCulloch took care of the crowd while the band hammered out songs of faith and struggle from their new album, Till the End. (Check out “White Livered” from their new album. Fans of Becoming the Archetype will recognize Daniel Gailey on guitar duty.)

Vanna, a Boston post-hardcore/punk band, has been a touring favorite for many years. Frontman Davey Muise heated up the crowd with songs from their new album, VOID. The entire band was energized, pouring out everything they had throughout the entire set. It was obvious from crowd’s enthusiasm that people came to see them in particular. Vanna has that East Coast sound and in-your-face attitude, looking and sounding like many of the guys I meet at shows where I’m from. Vanna just feels like home to me. (You’ll get a good taste of the band by watching the video for “Toxic Pretender.”)

The five-man team from Ohio’s Like Moths to Flames are no strangers to touring or cold weather. I enjoyed the soaring vocals of Chris Roetter blending with the powerful guitars and drums. LMTF’s lyrics and music tend to be dark, and the latest album, The Dying Things We Live For, is no exception. The songs definitely paint an image of a life filled with hopelessness, the struggle and then you die. Their video “Wither” is a perfect visual example. Like most dark art, there must be a real-life backstory. Backstage, though, the darkness falls away to laughter and smiles from the band members.

Headliner For Today, recently signed on with Nuclear Blast records, wrapped up the show with fists raised. Vocalist Mattie Montgomery opened the set: “For Today always gives 100% to the audience.” This can be difficult when one tour stop blends into another. By this time, the venue floor and upper balcony were hot, humid and standing room only, but the audience chemistry was the perfect mix. The venue remained standing-room only for the duration of the show, proving once again that Lancaster, PA loves their music heavy and hard no matter how hot or cold it gets.