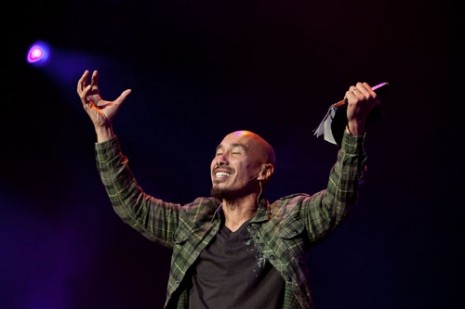 Why did you tackle the subject of the existence of hell in your new book, Erasing Hell?

Honestly, from my own struggles about hell. I would love to erase hell from the pages of Scripture. How about you? Have you ever struggled with hell as I have? Do you have any parents, siblings, cousins, or friends who, based on what you have been taught, will end up in hell? What a bone chilling thought. Until recently, whenever the idea of hell—and the idea of my loved ones possibly heading there—crossed my mind, I would brush it aside and divert my thinking to something more pleasant. While I’ve always believed in hell with my mind, I tried not to let the doctrine penetrate my heart.

But I reached a point where I could no longer do this. I could no longer acknowledge hell with my lips while preventing my heart from feeling its weight. I had to figure out if the Bible actually taught the existence of a literal hell. How great would it be if it didn’t? Then I would be able to embrace my grandmother again someday. So I decided to write a book about hell. And honestly—I’m scared to death. I’m scared because so much is at stake. Think about it. If I say there is no hell, and it turns out that there is a hell, I may lead people into the very place I convinced them did not exist! If I say there is a hell, and I’m wrong, I may persuade people to spend their lives frantically warning loved ones about a terrifying place that isn’t real! When it comes to hell, we can’t afford to be wrong. This is not one of those doctrines where you can toss in your two cents, shrug your shoulders, and move on. Too much is at stake. Too many people are at stake.

You wrote Erasing Hell with a co-author.  Why?

I wrote this book with my friend Dr. Preston Sprinkle. I recruited his help because he can interact with issues at a deeper level than I can. His expertise in language, history, and the New Testament has helped tremendously in our effort to be thorough and precise. Preston studied first-century Judaism for his doctorate and has published many works in this area. We thought it would be a good partnership because we have different gifts but similar convictions. As we wrote the book, we decided to write it with one voice (mine). But, truth be told, the majority of research was done by Preston.

Is this more than just a book about hell?

This is a book about embracing a God who isn’t always easy to understand, and whose ways are far beyond us; a God whose thoughts are much higher than our thoughts; a God who, as the sovereign Creator and Sustainer of all things, has every right to do, as the psalmist says, “whatever He pleases” (Ps. 115:3 NASB). God has the right to do WHATEVER He pleases. If I’ve learned one thing from studying hell, it’s that last line. And whether or not you end up agreeing with everything I say about hell, you must agree with Psalm 115:3. Because at the end of the day, our feelings and wants and heartaches and desires are not ultimate—only God is ultimate. God tells us plainly that His ways and thoughts are infinitely higher than ours (Isa. 55:9). Expect then, that Scripture will say things that don’t agree with your natural way of thinking.

How has writing this book refined your personal view of God?

I often hear people say, “I could never love a God who would …”Who would what? Who would disagree with you? And do things that you would never do? Who would allow bad things to happen to people? Who would be more concerned with His own glory than your feelings? Who would—send people to hell?

It has taken me forty-three years to finally confess that I have been embarrassed by some of God’s actions. In my arrogance, I believed I could make Him more attractive or palatable if I covered up some of His actions. So I neglected speaking on certain passages, or I would rush through certain statements God made in order to get to the ones I was comfortable with. The ones I knew others would like. I am just now seeing the ugliness of my actions. Like the nervous kid who tries to keep his friends from seeing his drunken father, I have tried to hide God at times. Who do I think I am? The truth is, God is perfect and right in all that He does. I am a fool for thinking otherwise. He does not need nor want me to “cover” for Him. There’s nothing to be covered. Everything about Him and all He does is perfect.

How should we treat those with whom we disagree – especially on theological points?

Jesus threatens hell to those who curse their brother (Matt. 5:22). He’s not warning drinkers or smokers or murderers. Jesus preaches hellfire against those who have the audacity to attack a fellow human being with harsh words. It’s ironic—frightening, actually—that some people have written books, preached sermons, or written blog posts about hell and missed this point completely. In fact, some people have slammed their Christian brothers and sisters in the process, simply because they have a different view of hell, missing the purpose of Matthew 5: Whoever calls his brother a fool may find himself guilty of hell.

Have you called your brother a fool lately? On a blog? On Facebook? Have you tweeted anything of the sort? So often these hell passages become fodder for debate, and people miss the point of the warning. Jesus didn’t speak of hell so that we could study, debate, and write books about it. He gave us these passages so that we would live holy lives. Stop slandering one another, and live in peace and brotherly unity. Jesus evidently hates it when we tear into our brothers or sisters with demeaning words, words that fail to honor the people around us as the beautiful image-bearing creatures that they are.

Your first book, Crazy Love, explores God’s love. How does that book tie into the topics addressed in Erasing Hell?

God is love, but He also defines what love is. We don’t have the license to define love according to our own standards and sensibilities. We often assume that love means achieving the ultimate happiness of everyone you are able to. If this were love, then yes, hell would be incompatible with God’s love. But Scripture doesn’t define God’s love in this way. Love is part of who God is. And God defines what love is. God does not have to save everyone for Him to show love. Love, in other words, is essentially wrapped up in the character of God. Though God acts in ways that seem unloving by our standards, they are not unloving by His standards—and His standards are the ones that matter.

Before this book came along, your family spent several months on a multi-country mission trip to Asia. What can North American Christians learn from the Christians you met around the globe?

It was wonderful to see the passion in some of these people.  It opened my eyes to how much we worship safety and material blessings.  It’s hard to put into words the testimonies I heard from those who had been persecuted.  It is so foreign to me, since my life has been pretty easy.

There’s a faith and urgency that we can learn from them.  They have faith that the Holy Spirit truly empowers each of them to go and make disciples.  They seek to be equipped to go and spread the gospel.  Because they expect everyone to be involved in making disciples, they are seeing many conversions.  They seem to be far more missional than the average church service attendees in the States.

We have a lot of expectations in our churches in North America, and many of those expectations are not biblical.  For the most part, believers in the States are not looking to be equipped.  They want to learn, but are not seeking to be equipped to make disciples.  We want the pastor to save our friends, and the staff to teach our friends, children, neighbors.  As individuals, we do not take the great commission seriously.  We treat it as optional or come up with reasons why it doesn’t pertain to us.

What are the most important practices of churches in Asia that North American churches should immediately adopt?

Prayer and discipleship. We need to get more serious about prayer and believing in it.  We need to pray for the right things.  Most prayer meetings here are focused on personal desires:  Help me feel better, get a better job, etc.  Not that these are wrong, but if we truly believe in a literal Hell, why is there so much focus on the temporal?

Regarding discipleship, pastors need to see their sheep as children.  You don’t want your kid living at home for the rest of their lives, eating your food, spending your money.  In the same way, we need to train our people to be able to survive without us!  They should be starting their own families!

Since returning to the States, what has ministry looked like for you?

I’ve spent more time with those who have been rejected by the world- the homeless, the addicts.

I’ve been spending a lot of time with leaders of ministries.  I’m trying to see if I can be a resource and encouragement to other leaders in the San Francisco area rather than starting my own ministry.

Where do you see God leading you in the next 6 months or the next year?

I really believe I’m going to be in the San Francisco area for quite some time.  I have enjoyed working with some of the leaders here and dreaming with them on how to reach this city.  I’m developing a discipleship experience that I’m going to launch here in the Bay Area in the fall.  Hopefully it will be a helpful tool to churches – increasing our knowledge of scripture and our boldness to make disciples.

Erasing Hell: What God Said About Eternity and the Things We Made Up