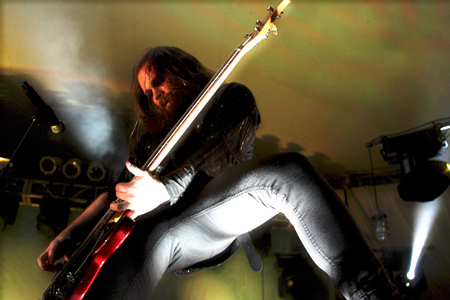 This Flyleaf show was different. The last three or four Flyleaf shows I’ve seen have caused me to either weep or want to weep. Those shows (SXSW 2008, ACL Fest 2008 and RevGen 2009) made me weep or want to weep simply because my heart was about to leap out of my chest in adoration and worship. It was like the room was anointed with the Spirit of the Living God. It was almost a tangible “cut-it-with-a-knife” presence that made it so easy to tell God I love Him and I had the strongest urge to just praise His Name. That’s some special stuff. That’s the kind of thing that bonds me to a group or band. I take my best guess and attribute that kind of thing – that kind of “anointing” – as simply the result of prayer. I think of it as a miracle. I don’t believe you can manipulate God and His Spirit to do your bidding like so much witchcraft or voodoo. To experience something like that is pretty special.

Tonight I felt the urge to weep, but it wasn’t the “worship God right now” variety. It was the moving passion and joy I felt from hearing the words of Lacey as she addressed the audience. 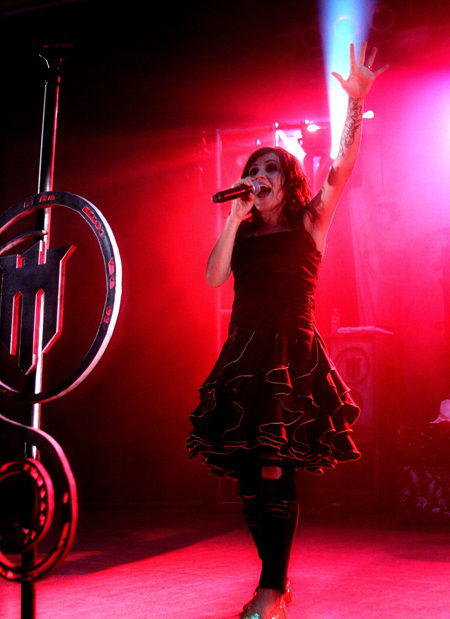 “…the great thing about waking up this morning is it’s a new day, a fresh start. You are so valuable…”

“You are SO important … and I believe that you were created with a purpose – that only you can fulfill.”

She was saying such affirming and hope-filled things (which are all true). It was beautiful to hear. And it was encouraging to realize how important and valuable it is for people young and old to be reminded of that. So many lies are whispered to us and it’s easy to believe those lies sometimes, like we don’t matter, like no one would care if we died, like we have no value, no purpose, no real destiny. When someone tells you the truth – that you do matter – it’s striking. It’s like a prophetic word in a way. It’s the truth and it’s a proclamation that part of our hearts were created to hear. Truth will resonate in the heart of a person that listens. I hope a lot of ears were listening tonight. That was so thrilling.

The intro to the show was fairly dramatic and full of dynamics. The lights on the outdoor stage at Stubb’s were swirling in the darkness, splashing patterns against the cloverleaf canvas that juts out over the stage like one of the three giant leaves of the infamous Sydney Opera House. The band chugged an intense and building rhythm that gave way to melodic chants of “…in the dark, in the dark, in the dark…” and the show was on. 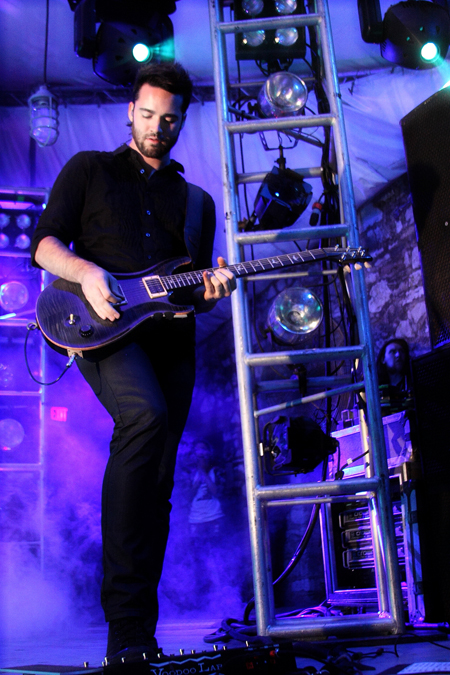 Some of my observations were that Flyleaf played the bulk of material from their Memento Mori album. And then there was Pat Seals’ beard. Oh my gosh! That thing alone deserves a photo layout and a blog (or at least an entire zipcode). The thing is massive. Imagine Joaquin Phoenix on Letterman and add the raccoon eyes. He was, of course, launching off the metal crate boxes they planted at the edge of the stage. 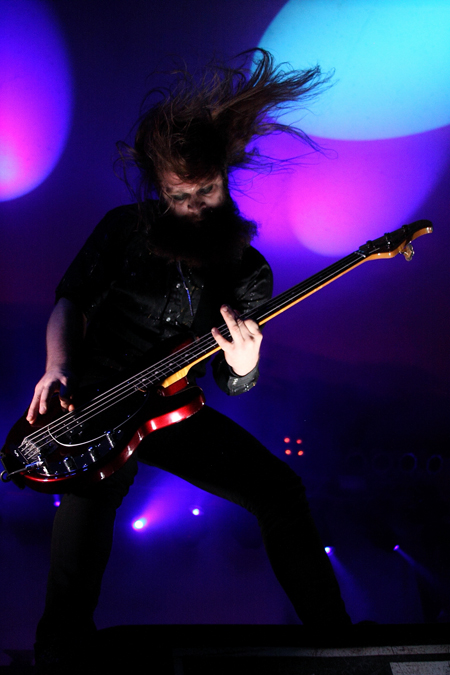 It was neat to hear the dual guitars by Sameer Bhattacharya and Jared Hartmann, which complemented one another and filled up the sound. The simple white backdrop with the band’s name and memento mori album title was cool-looking and the set dressing itself was without much fanfare, but the lightshow was active and entertaining. They ended their show with a bang, playing “I’m So Sick” and “Fully Alive.” When they walked off stage, it was over. Even though the audience offered up the spirited yet obligatory “One more song!” chant, the moment was over and it was hard to imagine them coming out again after the hour-and-15-minute set with few interruptions. Flyleaf delivered. I hope that the words of encouragement will now take root and grow in the hearts of those in attendance.

Opening band Story of the Year were tight, talkative and melodic. At one point the guitarist led the band through a short romp of the Pantera classic “Walk.” The outdoor “yard” at Stubb’s was pretty full. Not at capacity, but enough people to make it crowded and let you know that you were at a concert.