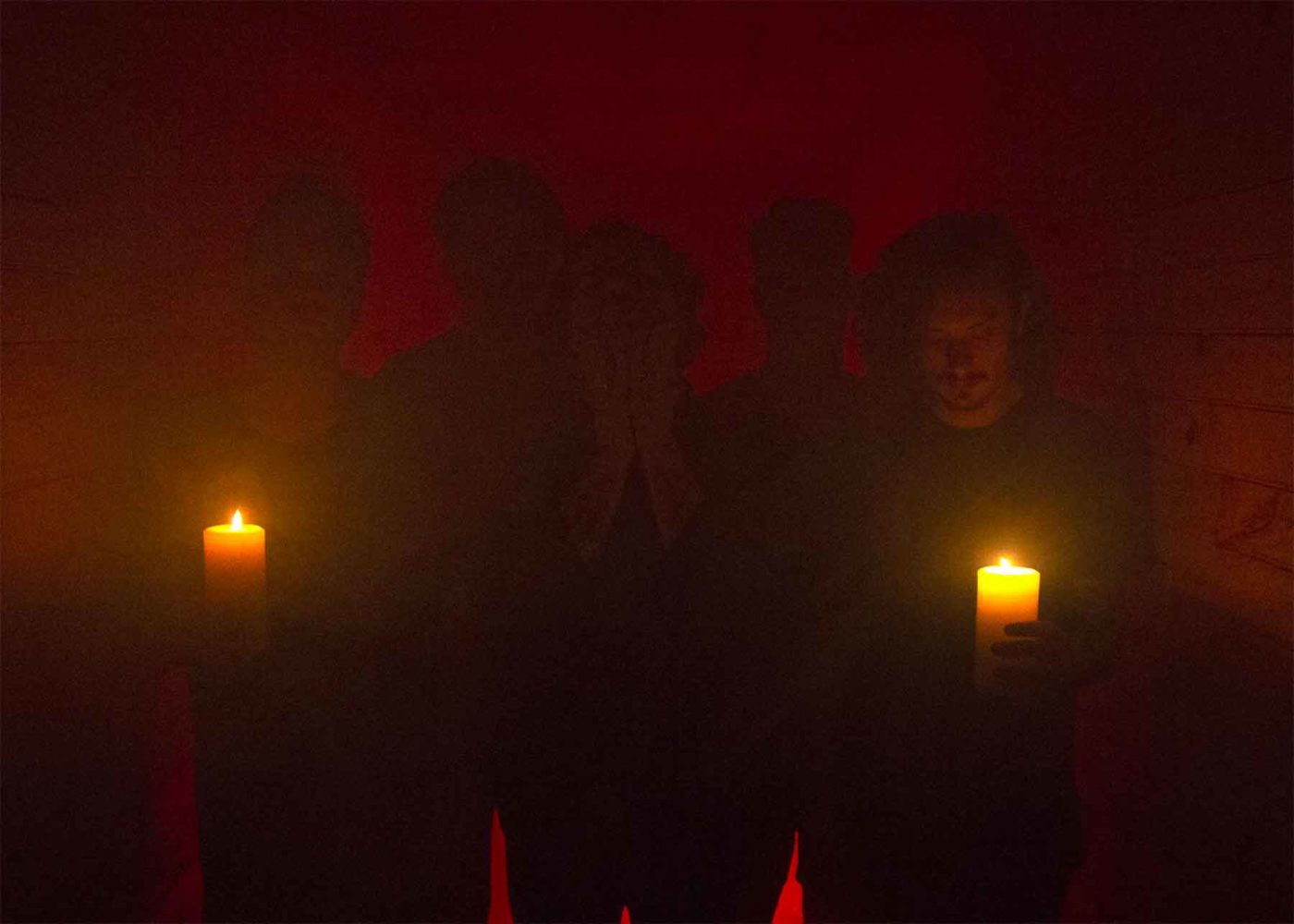 The Drowned God is a new generation of band, fueled by the odd dichotomy of seeking hope in a hopeless world. Now, with their second release, 'I'll Always Be the Same,' the band sits down with HM and expands on art, influence, and, of course, a touch of religion.

Philadelphia’s The Drowned God may feel like a newcomer to the scene, but it happens that the band, five years into their career, are only releasing their second full-length record, I’ll Always Be the Same. It will be as a member of Solid State Records, a label historically known for their heavier faith-based music releases, launching careers of bands like Underoath, August Burns Red, and He is Legend. After a period of relatively scarce output, Solid State Records has undergone a rebrand and a reboot, and, with that, a new generation of Solid State bands is on the horizon – including the critically-acclaimed The Drowned God.

Sonically, the band is cut from the same cloth as some of their fellow Pennsylvanian hardcore acts, but, as can be heard on the new album, they’re aiming at a different target. Rich sonic textures give way to odd melodies and angular rhythms soaked in melancholic undertones. It’s music for people who have no illusions about life’s bleakness but still seek hope wherever they’re able. Here, HM sits down with vocalist Cody Golob and bassist Brian Brennan to talk influence, relating to the public, and religion. But, for the guys in The Drowned God, it’s still a dreamlike experience for them to be releasing music on the same label as the bands that helped to define and shape their own musical identity. But, as I came to learn, they’re eager to carry the torch.

HM: Can you guys give me a brief history of the band?
Brennan: We started in late 2014, trying to build up some songs and getting some ideas of where we wanted to go. It was just me, Cody, and our guitarist, Brandon (Baun), at the time, trying to figure out what we wanted to do. We all came from other local bands in the area that had all disbanded, and we came together and wanted to continue on and make something different than what we’d been doing.

Golob: Our scene around (Philadelphia) is straight hardcore.

Brennan: Yeah, we wanted to disband from the whole hardcore idea and make what we liked.

“We’re always making music. Even in the midst of dropping this album that just came out, we’re almost halfway through writing our third album. We’re always creating and trying to grow and expand the sound and make something different each time.”

You guys just dropped your second album, I’ll Always Be the Same, which is your first on Solid State Records. Did you guys grow up listening to a lot of Solid State bands?
Brennan: Oh, absolutely.

Brennan: One of the coolest things about this interview is that HM Magazine, for me, growing up, getting into heavier music and stuff that I love… I’ve been getting HM since I was 14 or 15. I would go crazy over it, finding bands like Norma Jean and, even going back, bands like Extol, Embodyment, and Blindside. These things changed my life, and I found out about all of those bands through HM. It opened my eyes to a whole new world of music. It was a really, really big influence on me and growing up in music. I love HM Magazine (laughs).

That’s awesome. On the new album, I can definitely hear a lot of Norma Jean influence and also Extol in some of the weirder melodies. For you guys, growing up listening to all of these Solid State bands, how does it feel to be signed with them?
Golob: Like a dream, man. It doesn’t feel real yet.

Brennan: For all of us, it hasn’t really set in yet. It’s so surreal. I figure it’s unlikely. We just make music, and the fact that anybody notices is crazy. We just really have a passion for making music, and that’s all we want to do.

Golob: We have one member who’s getting a Masters in school right now and another who’s in New York City, and we always come together on Wednesdays and Thursdays to practice and write because there’s nothing better.

Brennan: We’re always making music. Even in the midst of dropping this album that just came out, we’re almost halfway through writing our third album. We’re always creating and trying to grow and expand the sound and make something different each time.

Solid State has a reputation for signing a lot of Christian bands. I don’t want to ask you if you’re a Christian band, but I want to know what kind of band you want people to recognize you as.
Golob: You can ask that question. We don’t really affiliate with any religion as individuals, but I grew up Catholic.

Brennan: My parents were Christian, and I grew up going to church. It’s not completely out of the ballpark. We’re all very familiar with religion.

Golob: From my lyrics, I want people to take away what they can, in a cathartic sense. When you get that feeling that no one understands that pain or depression you’re going through – at least, in the band, I try to write lyrics where people can derive what they want out of it to feel better.

Brennan: The thing about Cody’s lyrics is they are very honest. It’s stuff we all go through, and we really want people to relate to. We’re not trying to expand on a certain theme, we’re trying to be honest about our feelings and that everybody feels this way and you can come up to us and talk us about it. We’re trying to be as real as possible.

What are some of the lyrical themes you dive into on the new album?
Golob: It has to do with feeling stuck. It has to do with mood congruence. If you are in a negative emotional state, it can lead to a stasis and destructive thought loops. Feeling like nothing is ever going to get better. When we were on tour and writing this album, it’s not like we ever thought this was going to happen. We’re always making music. We wanted to feel the benefits and progress with our craft, and I think a lot of that is felt through the album, too.

Brennan: We never really had any crazy expectations, either. We always wanted to make the best stuff we can make and put our whole hearts into it and see what happens. 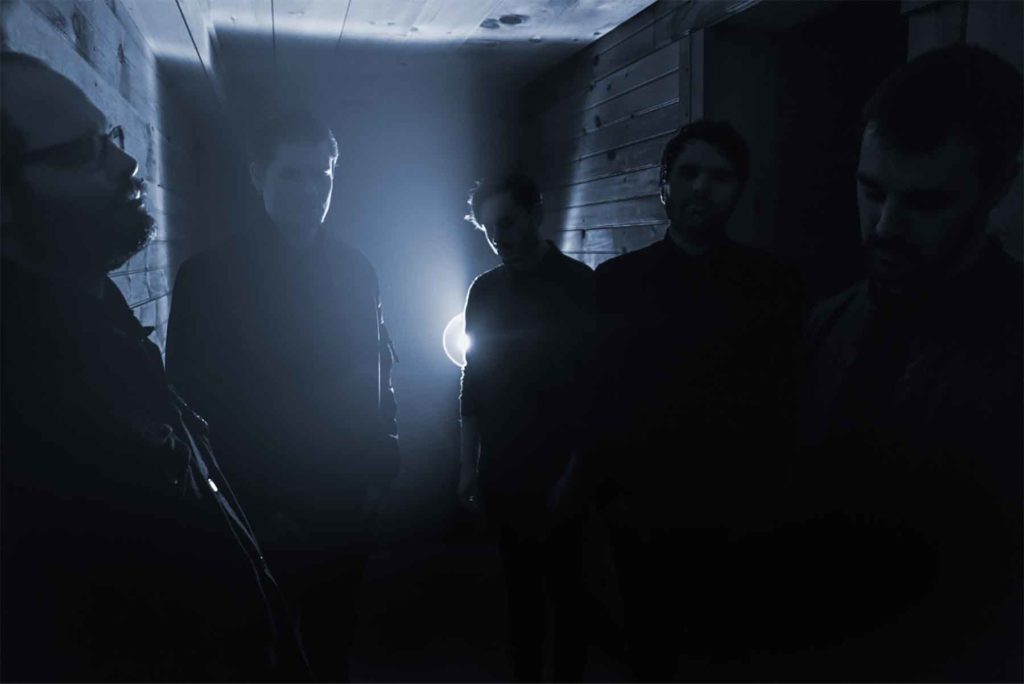 What’s the story behind the song “Catholic”?
Golob: When we were coming up with names for songs, Brian mentioned it, and we all thought it sounded cool because it’s a cool word. And then I looked it up, and it has to do with “all-embracing.” That’s another definition of it. So before we thought we were going to be signed by Solid State, which has a Christian reputation, we didn’t really think people were going to ask about that. It really doesn’t have to do with the religion at all; it has to do with feeling embraced.

Brennan: I think it’s the general idea of religion and everything that goes into it, and, like Cody said, the whole embracing thing. It’s mainly just idea-structured, not in the sense of the actual religion, but the idea of the religion.

The cover art is very striking and bleak. How did that tie into the record?
Golob: We were looking for an album cover, and I came across this photographer named Alex Stoddard, and he does a lot of photography like that. It was cool, though, because he let me alter it and make it darker to kinda fit our mood. The band has always been darker; we used to call ourselves darker post-hardcore.

Brennan: Seeing that album art for the first time, we were all like, “That’s it. That’s it.” There really wasn’t much debate after that.

It definitely does fit. There’s always a set of connection between the album artwork and the music, and it seems like an accurate representation of your music.
Brennan: Absolutely. That’s the first thing you see. And that’s the cool thing about – going back to HM Magazine and Solid State Records, for me – growing up with that stuff. When you got the album cover, you knew what you were getting yourself into. It paints the overall picture of what you’re about to dive into. I think art has a lot to do with that. Art can be very captivating, just holding it and having it.

The Drowned God was posted on March 10, 2019 for HM Magazine and authored by David Stagg.