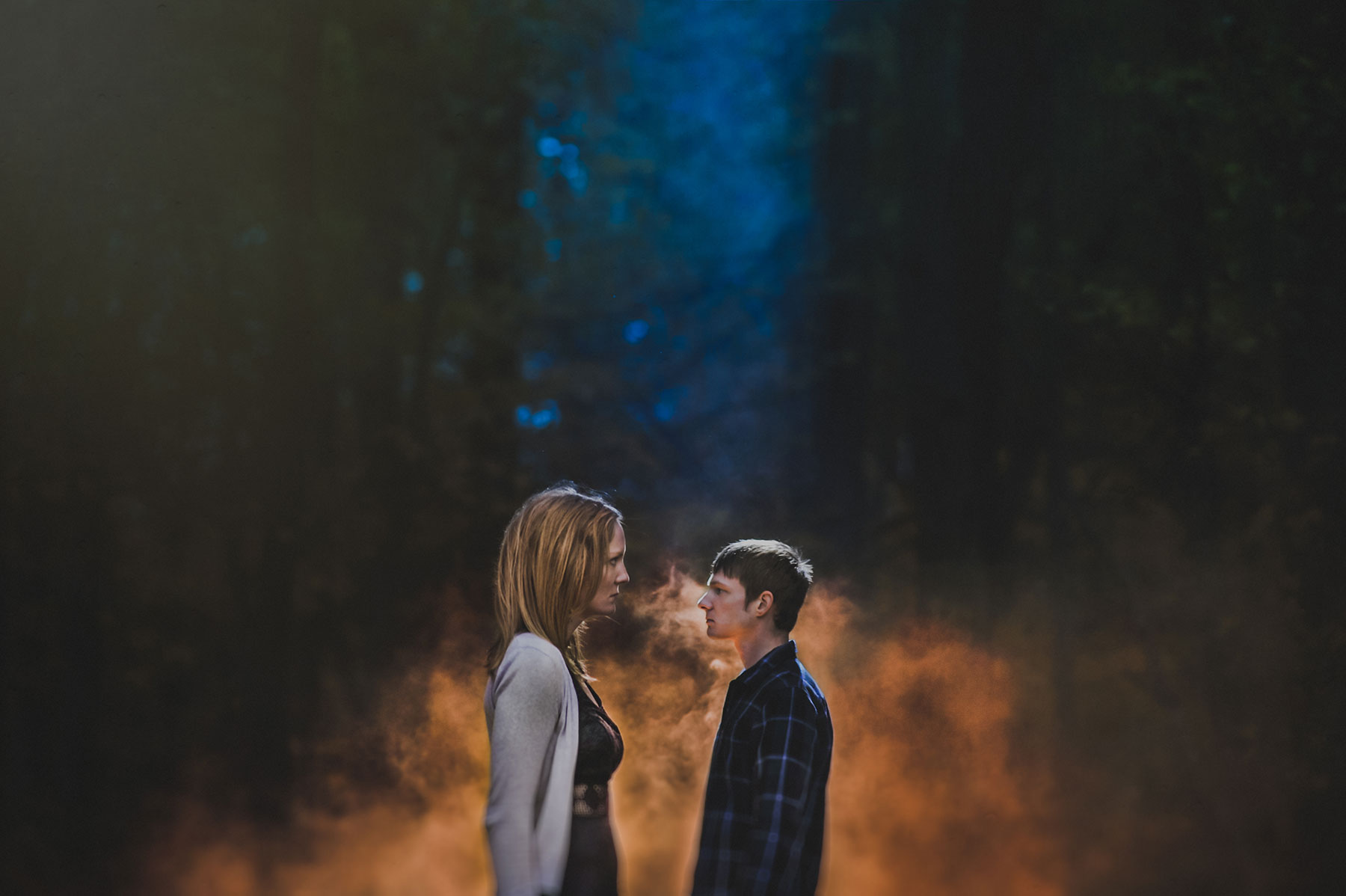 The Inside of Seaside

Woodshedding the record for over four years, Seaside Holiday went to great lengths to craft their interstellar parable. Exhibiting grave attention to detail, all 11 tracks on the album serve a specific purpose within the Grand Tours theme. When the band released a preview single, “Etchings of Yesterday,” shortly after their first album in 2013, it signaled the group’s swan dive into the unknown and the true start of their grand tour. Intended to whet the appetites of Seaside fans, it was the last anyone heard from the group until this year.

My ears first perked to Seaside Holiday thanks to the Bomb Shelter, an old internet forum for all things synthpop. When Joy Electric and Plastiq Musiq bands still ruled the land, smaller acts like Seaside began poking their heads in among the indietronica squall. In the same Great Lakes region that partially birthed twee surfers The Drums (when they were still called Goat Explosion), Cara and Morgan befriended Joy Electric’s Ronnie Martin and started making music as Seaside Holiday.

I eventually got to know the band, and, in the interest of full disclosure, even became a one-time collaborator. Cara and I recorded a one-off indie pop song in 2014, “Say It a Lot,” for a now semi-abandoned side project called You and I and the FBI. At the time, Cara was right in the middle of her work for the second Seaside Holiday album. That album would become Grand Tours and was finally released in June, preceded by the record’s first single proper, “The End of All Things.”

I recently spoke with Seaside Holiday about the new album. Here, Cara and Morgan graciously grant HM readers an inside look at the cosmic meaning behind their Grand Tours journey and the human recipe of pain — and ultimate otherworldly salvation — that fueled its heartsick content.

You just released Grand Tours over the summer. How do you feel it stacks up against your debut?
Cara McQuate: I think it’s a much more cohesive work, and it’s exactly what we desired for a time stamp of when it was written. With the debut, we were just wading into the idea of songwriting and figuring out how to work together and bring our different elements to the table. Although we surely haven’t arrived in that realm, we feel this album still holds up after all the ear fatigue of mixing, mastering and having had the exposure to it for some time now.

It’s more of a pensive, sullen album all around, and it’s more reflective of what we wanted with the overall sound and direction of Seaside.

Was the writing process for this one more involved than the first? You announced Grand Tours in 2013 with “Etchings of Yesterday” but the album didn’t come out until this past June. Was there a particular reason for the delay?
Morgan McQuate: We originally sat down and discussed putting together a themed, five-song EP. It became an album once we started to write and pass around ideas. Due to the theme, it felt like the songs should be presented as a whole. So, that delayed the album a bit.

Also, we wanted to make sure we didn’t cut any corners anywhere on this album. Some of the initial songs we wrote didn’t work as well as the later material, so a lot of those first recordings were completely reworked.

As for the theme, each track on Grand Tours features an alternate title named after a NASA space probe. What sparked the space exploration motif?
Since I was little, I’ve always had a fascination with space. There is so much out there we don’t know, and how do we verify what we think we know? Looking at the stars can humble us if we let it — how small we are, trying to comprehend how massive and vast everything truly is, and how short a human lifetime is in comparison.

I think about the technology used in mankind’s search that was cutting-edge for its day, the hope and excitement that went into it. Each craft was created with a meaning and a purpose. Some of them were considered successful while others weren’t. Some are still operational but slowly dying; some broke very early. Time moves on and history is slowly forgotten.

The idea for the album was mankind’s search in space but also the search within. Where do we find meaning? Can brokenness be used for good? Can it be restored? Are we alone?

The album artwork has designs from the Voyager Golden Records that were launched with Voyager 1 and 2. I’ve always loved thinking about the golden record still out there in deep space. Is this your golden record for the cosmos?
(Laughs) Yes! The title was taken from NASA’s Grand Tour program. It was cancelled due to cost and later became the Voyager program. That was something we really wanted the artwork to capture, which I thought the designers (Zack and Larissa Cole) did an awesome job at.

That very first single you released, “Etchings of Yesterday,” is definitely the tune that caught my attention. What was the inception for the song? Cara, is there a story behind that lyric and its hook, “Let’s leave here tonight”?
CM: Constructing the songs around the NASA missions was the springboard. I began with those sort of frayed, desperate, mania-drenched lyrics. I’d say that direct line is indicative of the frame of mind I was in at the time. I was finding a growing sense of restlessness, questioning and not being fully cognizant of what I was walking toward.

I see it as collected musings from cold evening walks, holing up for the night before beginning it all again. The years tick by and I somehow end up feeling more like a viewer than a participant. It’s that yearning for escape that I think we all wrestle with in various forms throughout certain stretches of life.

The lyrics certainly seem to represent a time of growth or transition. Is there an overarching theme to the story of this album or what inspired the words of Grand Tours?
Grand Tours, as a lyrical whole, basically traverses a tumultuously dark period of my life. It fed into the songwriting process — unintentionally so — but what better palette for interesting art than a bunch of pain and destruction, right?

A few years ago, I deeply misplaced my trust in some people and made some pretty poor choices. It caused a complete halt in my life and left me emotionally disabled. The time that’s followed has been a crawl toward a slowly-increasing glint of truth. As surreal and distant as it feels now, I truly thought that everything as I knew it was completely over.

I was rebuilding from the ashes, and that transferred to the writing on the album. That search for meaning and worth when all of the static and distractions are wiped away is a rare thing that I hadn’t experienced, and there was a remarkable sense of clarity that followed. In that horrible stretch of time, my faith became real to me. It was in those shadows that I was able to gain perspective, see the reality and vividly experience those concepts of grace and forgiveness. 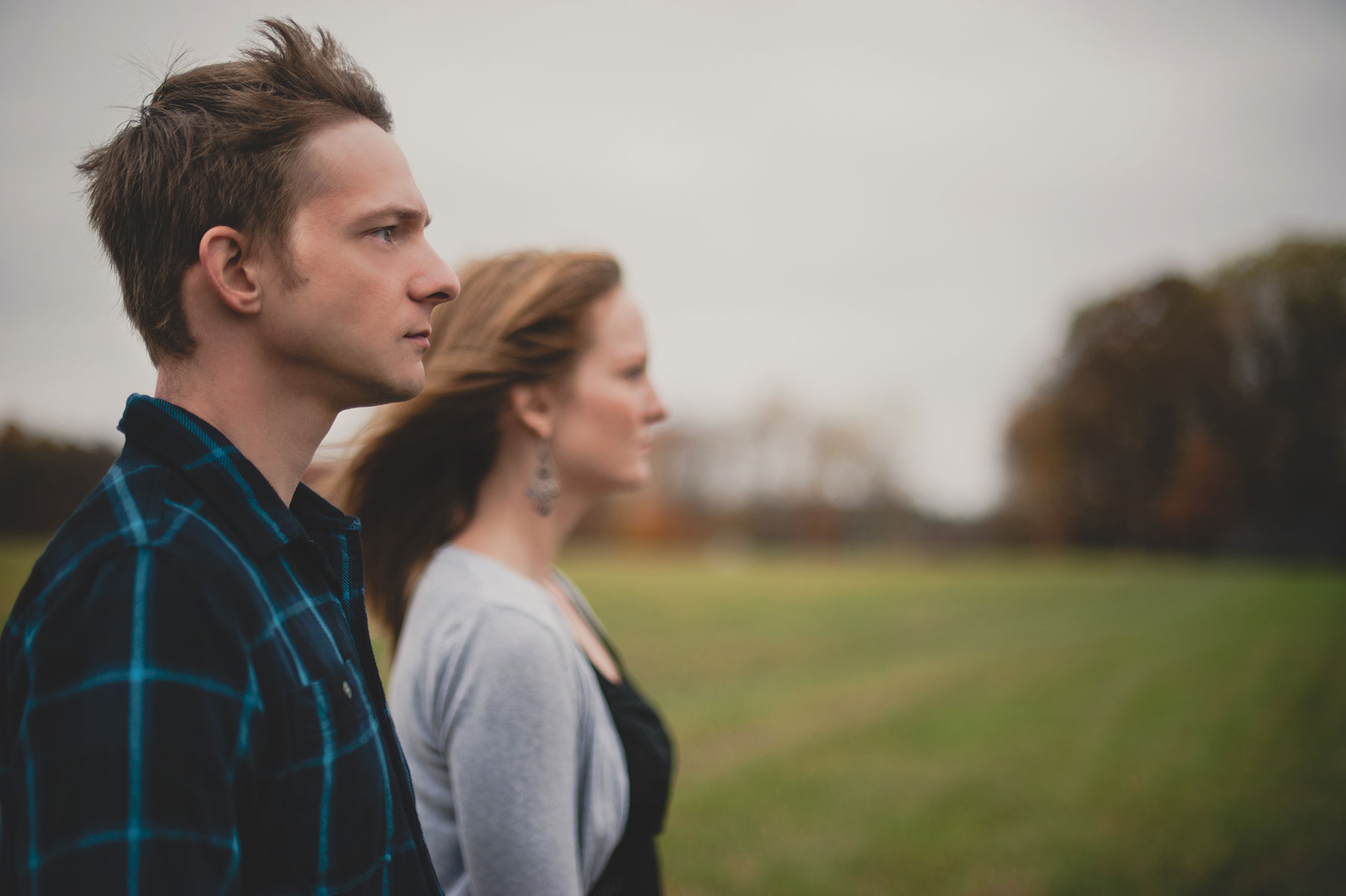 Do you think you’ve adequately addressed those issues you faced while making this record? Is this “grand tour” complete or does it go on?
As far as the concept, I believe Grand Tours encapsulates the theme we desired. Pain and ugliness can be turned around and used to reach into areas where we otherwise would not have access; it’s a picture of redemption. We all have things that make our story but choosing to allow our missteps to define us is a whole other thing.

You worked with Ronnie Martin on the first album and he mixed a song on Grand Tours. Was there a reason for his reduced role on this record?
MM: Cara and I had a lot to learn when making our first album. It was good to work with Ronnie; I really appreciated his willingness to answer our questions and share his methods of how he does things. Actually, the track he mixed on the new album he did just for fun.

For this album, it was our goal to have a more cohesive sound. Although it took longer than anticipated, it took less time than our first — less downtime to lose vision or buy new equipment or whatever. Doing most of the mixing ourselves took time, but it gave us that flexibility to totally re-record things that maybe felt more like the last album and less like a new direction. 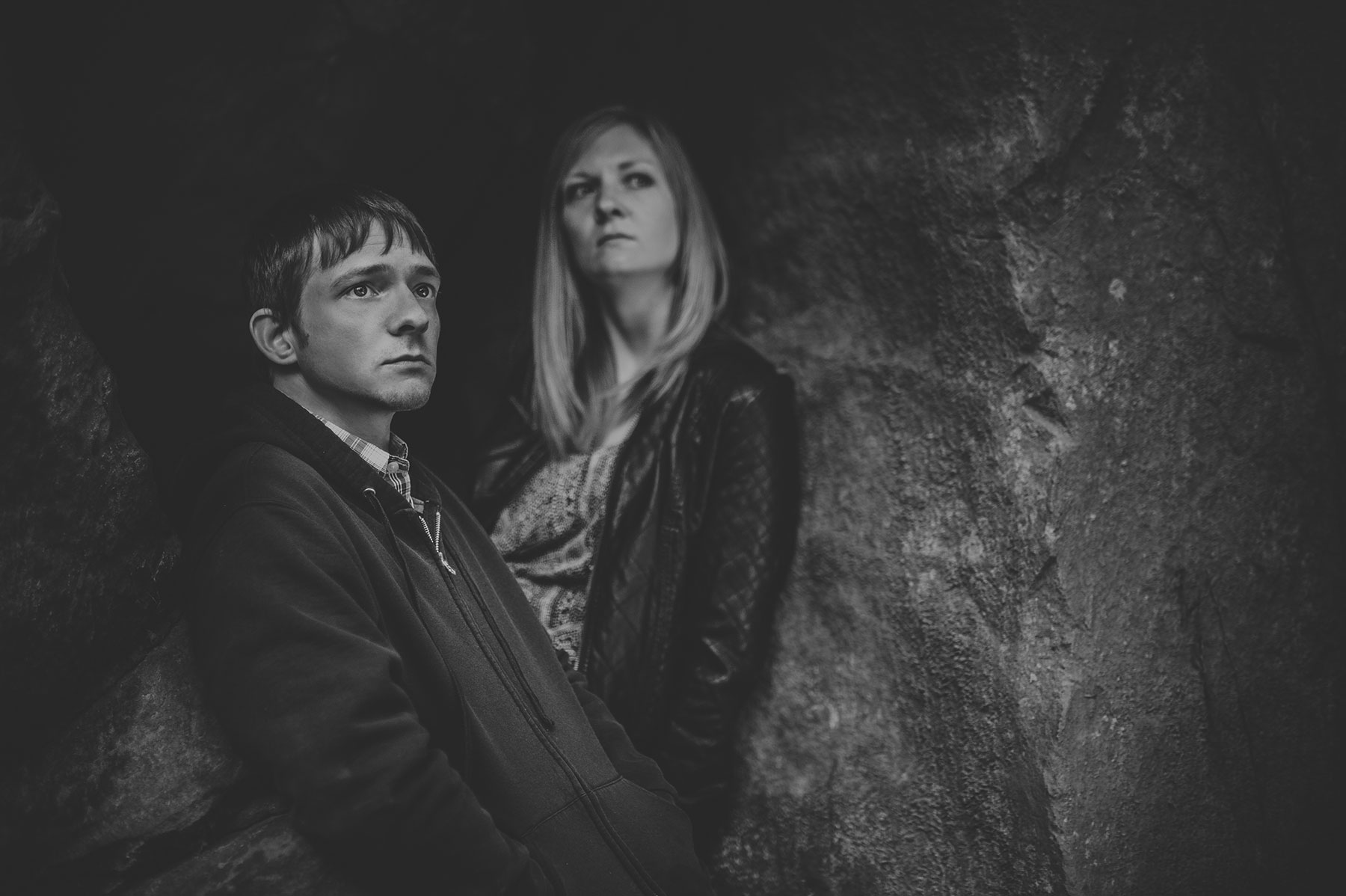 Did Martin’s absence affect how you tackled the new songs or what was your method like? Were there any main musical influences during the making of Grand Tours?
We did change our approach for this album. I initiated more of the rough ideas for Cara to build around. Perhaps our early conception was actually something quite different, but this is what came out. Nicholas Rowe at National Audio Preservation Society also really helped bring it all together in mastering. Musically, influences for me were Editors and Sufjan Stevens.

CM: Like he said, we tended to alter the structure as we went. I remember reading about how early on, (The Smiths’) Morrissey and (Johnny) Marr started with cassettes of riffs that Marr pushed through the mail slot of Morrissey’s apartment. He’d write words to fit and deliver them back to Marr. I suppose you could say that we adopted that mode of operation out of necessity. It was a lot of creative wrangling and mulling over things at times.

Influences really vary for me. At the time of writing, I was listening to a lot of Xiu Xiu and newer Kate Bush, but I’m not so sure those directly influenced it. I was aiming for a bit more of a Bat for Lashes, Ladytron, The Cure type of sound.

How would you describe your music to someone that hasn’t heard the band?
I always find it really difficult to know how to answer that. My tendency is to shy away and downplay everything, because it just feels so weird to expound on something so personal. I’m always afraid of that blindness that comes with proximity. But I would say it’s synth-heavy, ethereal, lo-fi darkwave that has a forlorn quality and a contemplative depth. We’ve heard comparisons to School of Seven Bells, Hooverphonic and Silversun Pickups over the years.

Seaside Holiday was posted on August 16, 2016 for HM Magazine and authored by Philip Trapp.