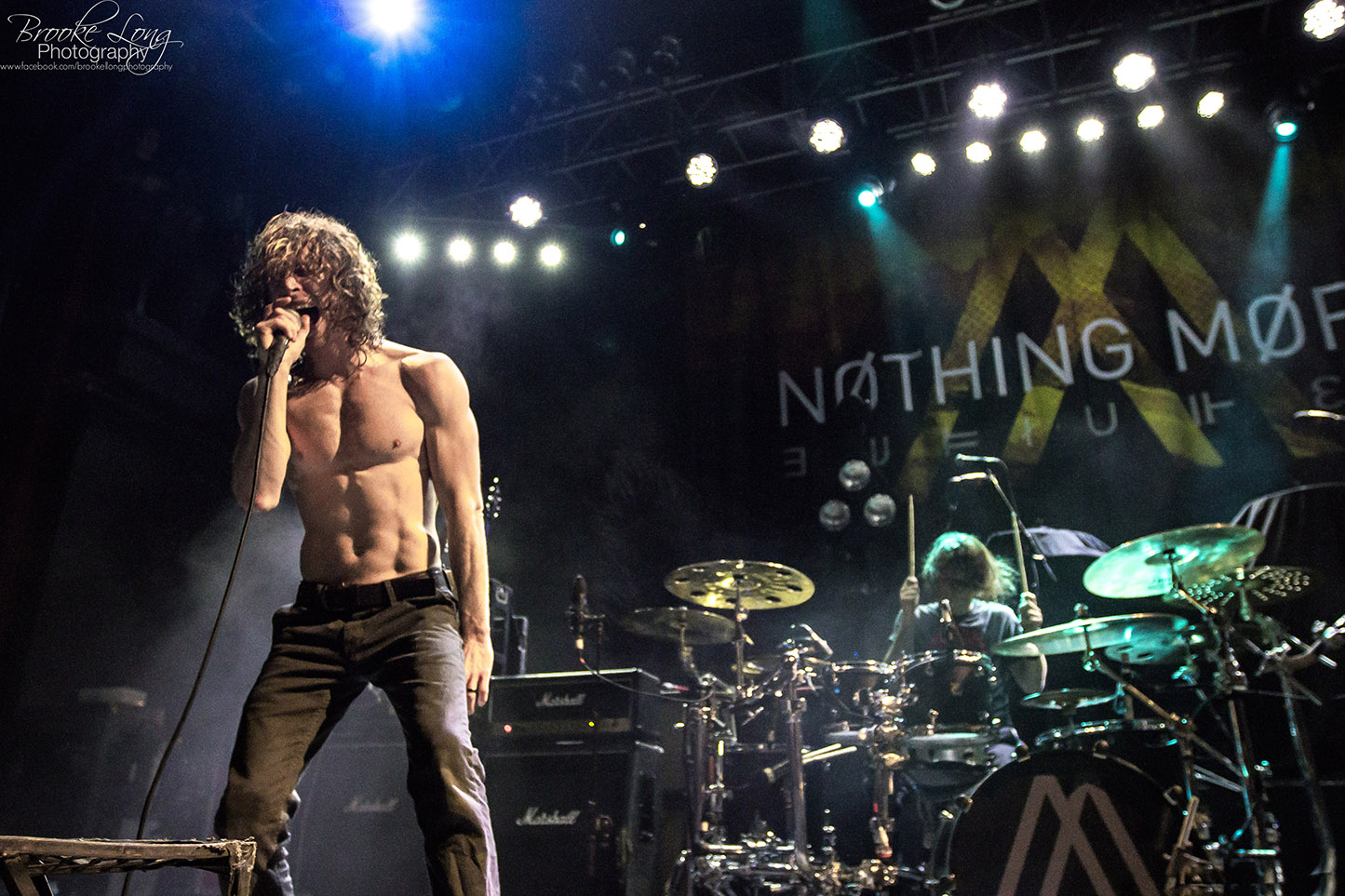 After a struggling on both their personal and professional lives to get where they are, Nothing More has evolved in to a band of messengers with a true and inspired word to share.

I first heard of Nothing More a few weeks before having the opportunity to interview the band’s frontman, Jonny Hawkins. In my research, I probably watched their music video for “This Is The Time (Ballast)” over 50 times. Hawkins is a powerhouse. His energy is contagious and the band’s sound reminds me of the old heavy metal I listened to as a teenager, but, as with any great band, their own blend of unique and refreshing elements.

I also realized this was perfect timing: Nothing More was preparing to tour, and they would be playing in my hood, Toronto, Ontario, on my birthday. The music and look drew me in, but what quickly made Nothing More one of my new favorite bands was their lyrics. They don’t shy away from very serious topics that will resonate with a lot of people.

After talking to Hawkins, I understood the gravity in their music because they’re writing from a very deep and very real place. After a struggling on both their personal and professional lives to get where they are, Nothing More has evolved in to a band of messengers with a true and inspired word to share. 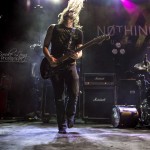 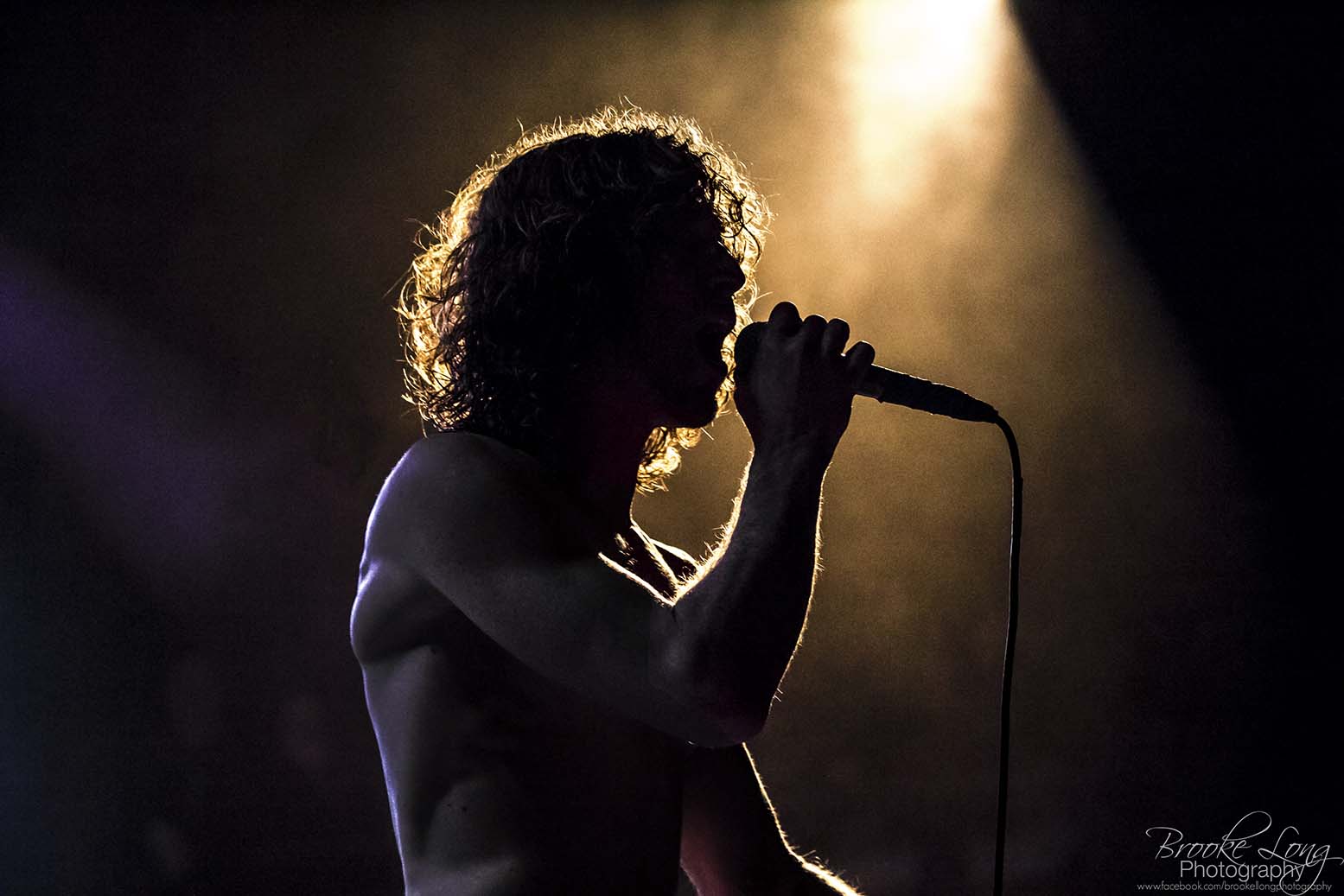 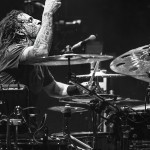 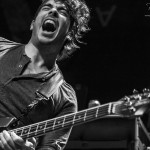 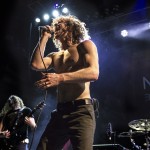 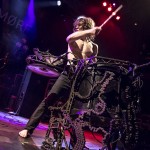 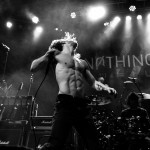 Are you excited to hit the road? Tell me a bit about the tour.
Yeah! So far it’s been amazing. This is our first tour with an actual tour bus. Up until now we’ve had the D.I.Y., self-built touring vehicle, so it’s pretty cool to be in a nice bus. We have a home on wheels now, for once.

Periphery, Wovenwar and Thank You Scientist are all incredibly innovative and talented bands so we’re learning a lot every show. It seems like everywhere we go we are getting a good turnout, so we’re really excited and encouraged by that.

How do you stay motivated to keep that energy at high voltage? I can imagine going from tour to tour playing venue after venue it can get repetitive and a bit tiring.
That’s a really good question because there are lots of shows where we get tired. The key is finding where you source your energy from and finding a consistent strain of energy from it. If you just try to pump yourself up with your own will and might in your own head, you’re going to get tired.

It’s not going to work every time, but when we try to feel the audience and their excitement, it helps a lot. Personally, at every show I always source emotions I had from the things I went through. I’ve had many life-altering experiences, and I keep sourcing back off of that.

It’s an infinite spring of energy for me so I always feel purpose and meaning from it. When I get pumped, it’s much deeper and more powerful than just trying to pump myself up thinking about the show or some ego thing.

There are some very powerful statements made in your music about God, the church, family, the media and politics. Where do these views come from?
Pretty much all of it is from personal experiences. We all grew up in Christian families in the church and had a pretty typical American Christian upbringing. I think we’re all very fortunate to have parents, families and churches that encouraged following your passion and dreams.

I think while we were fortunate in that respect, we also experienced an environment where the information we got and the worldview we were born into was somewhat limited. We wanted to break away from the structure side of that and follow our hearts.

We ended up touring and following music, and it really lead us to so many beautiful places in our minds, outside in the real world. A lot of the topics we write about were our avenue for venting frustration. In our music, we found a healthy place to vent through the times we were judged, limited or told to hold back.

One major example in my life was with my mom when she was diagnosed with cancer. She had a long battle with it and towards the end of her life she became very fearful and went searching for anything to help her heal and cope. She ended up joining a very radical “faith-healing” church with a twisted mentality.

During that time, I was getting less religious and my mom was getting more so. It was emotionally splitting, and it felt like I was losing everything at once. I felt like this church was profiting off these people who were buying into these ideas they would be healed. I’ve never felt a rage quite like that, thinking someone was taking advantage of my mom. Music was the only healthy way I could vent that rather than doing something crazy.

So there’s a lot of energy that came from an anger-filled experience. I wanted to use that through our music to connect with people who have felt the same pain.

What’s one thing you want fans to get out of the self-titled album?
I think one thing I’d really want them to get are the lyrics from the song “I’ll Be OK.” When we wrote that song, we were in a dark place, unpopular, had no media attention, we all had just gotten out of long-term relationships, I just lost my mother and some other family members — that song is about reminding yourself, in those moments that nothing is a good enough reason to give up.

Whatever you want to call that part of you, value it and listen to it. During dark times it’s tempting to listen to other voices. I’m thankful we listened to that inner voice that told us we’d be okay. We trusted it, and it’s funny how life is — it’s almost like things become self-fulfilling prophecies. It’s a seed planted in the ground. I think if people in dark places really trust that voice, they’ll get through it and it will be worth it.

Nothing More was posted on February 19, 2015 for HM Magazine and authored by Sarah Dos Santos.