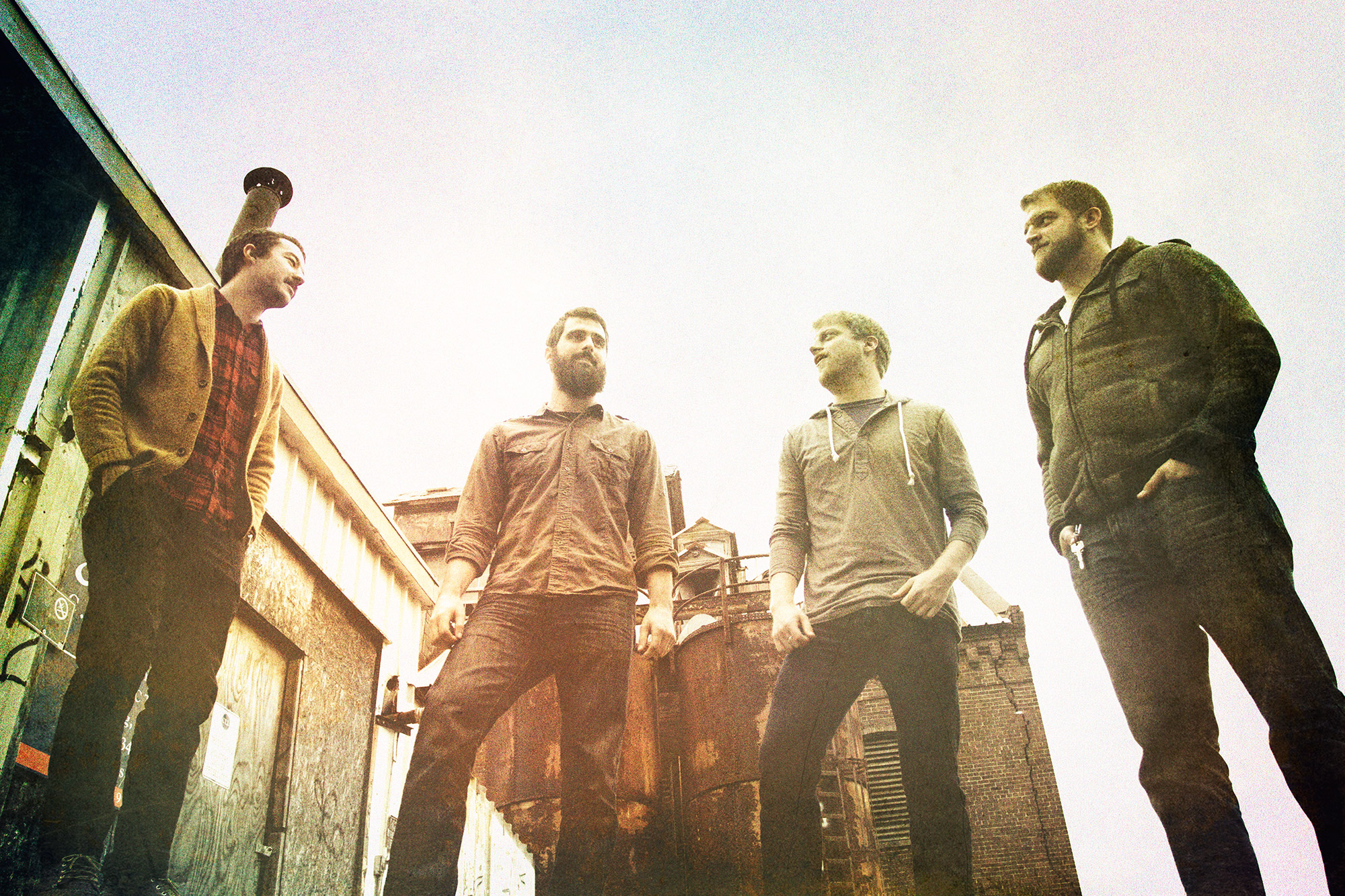 Desires of the Heart

HM's Justin Mabee explores the depths of My Epic and finds himself looking in the mirror.

Writing this feature has been hard to do. As with Aaron’s confessions about the recording process, as a writer, I had a hard time figuring out what God wanted me to say about My Epic.

Admittedly, prayer has never really been a factor when it comes to my writing, since the gift God’s blessed me with has always come so easily. But hearing Aaron’s explanations about how he spent days and days writing (or attempting to write), meditating, reading God’s word and giving Him his utmost attention, I couldn’t help but see God was doing the same with me for this feature. It’s like God knows what he wants me to say, but he’s giving it to me piece by piece. My Epic’s new record, Behold, is such a powerful testimony to the grace and greatness of God and His power, it’s overwhelming. I’ve sat with the record continually, listening to my interview with Aaron over and over, searching and seeking for God’s words to write — slowly, they are coming.

When I started seeing what God was doing, I had to contact Aaron a second time to talk it over with him. The amazing thing is, he not only took the call, but he asked to pray with me over the writing. The passion and care he shows for everyone (not just his congregation or closest friends, but even for me, a writer for a magazine) is unrelenting. He was understanding about the issue, and offered the only thing he had to give: His time and his prayers. It’s a testimony to his character, and the power that God’s love has had on the musician’s life. The beauty of how God can work through anyone, even complete strangers connected through the music Aaron and his band create, is something that cannot be ignored. 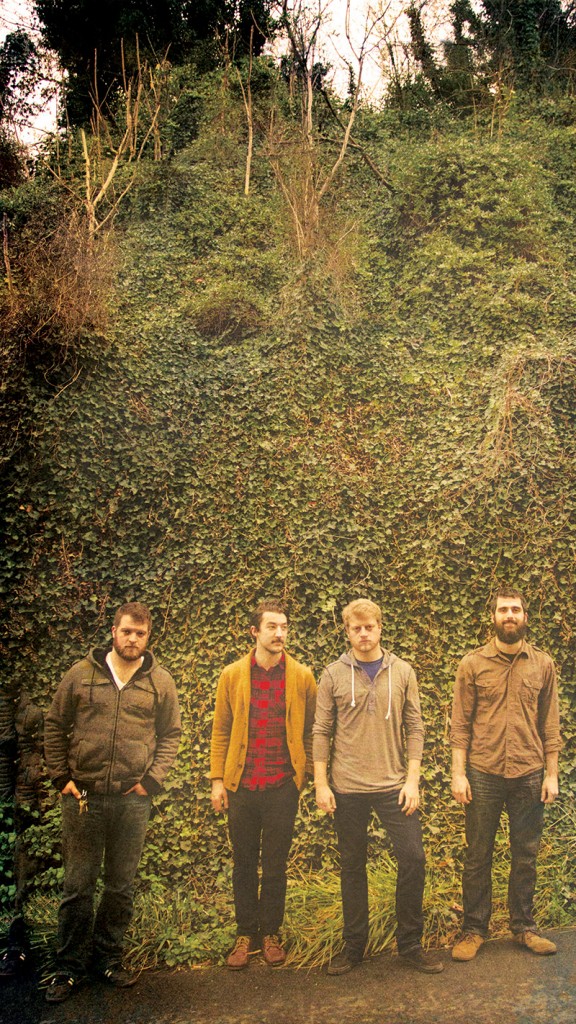 When you hear Aaron speak, especially about God and the times he’s been alone with him, you’re shown a love and joy that surpasses all frustration. Most bands or artists would be chomping at the bit, anxious to finish a record, get it out and be done with it.

Aaron and My Epic aren’t content with that; they will only settle for what God has in store. For Behold, that meant a two-year process that started back when their acoustic-focused album, Broken Voice, was released. Behold was supposed to follow it up, due to come out in April of this year, but God (obviously) had other plans. The band got pushed to the weekends and days off, and Aaron goes on record to say that when he wasn’t working, he was working on My Epic. “We can’t say enough thanks to our fans and supporters for their patience. We got this record out as quickly as we possibly could, but we got it done without compromising who My Epic is.” Facedown was patient as well, says Aaron, allowing them to take their time to make the best record they could.

Behold, My Epic’s third full-length, is full of the heart of the band and of Aaron’s love for the Lord. Rather than writing songs trying to teach a lesson, Aaron explains that this time around, the songs were focused on talking to God, and many were taken from Aaron’s personal prayer and meditation. “For every 10 seconds of music on this record, I probably worked 10 hours,” he says. “I’m not even exaggerating. There were times I was pissed off because the words weren’t coming. This record was hard, and usually God gives me the last few lyrics towards the end, as kind of a thumbs up. That happened this time, too, but stuff just wasn’t coming through most of the process. I called my dad after 10 days in the studio and said, ‘We’ve got 11 songs, but I’ve only got two songs with lyrics.’

“The thing this process of Behold has taught me is that the God I serve is so infinitely awesome. But, at that point, I had nothing to give him.” The words eventually came, Aaron explains, through an intent focus on God, and through taking days off, by himself, out in friends’ cabins and houses, alone with God. “We were really in a state of dependence,” he says. “We reached out to God and said, ‘Lord, if you don’t give us anything, we won’t have anything to give.’” It’s that dedication and reverence to the Creator that is so evident throughout the entirety of Behold. From the first words of “Arise” — “He reigns in infinite dominion, enthroned with no rival, no equal” — as soon as the guitars crush the quiet silence, it’s clear who this record is for.

When it came to writing these songs, Aaron was candid with his moments. “There wasn’t any bribery with me and God. I just wanted to be in His presence again,” he explains. “It would come from time to time. The day before we had to finish the record, I still had two lines left and a bridge. I know what I need to say, but I can’t get it. I’d spent six hours working on this song and couldn’t get it finished, so I told Tanner and Matt Goldman, our producer, I’d be ready to do it as soon as they got back from lunch — which is absurd! I had just spent six hours working on this song and couldn’t come up with anything, and now I was saying I’d get it done in less than 30 minutes.

“And God showed up. He saw my need, right there, and gave me what I needed. But I needed to be patient with him. God’s been teaching me that he loves to keep us off balance; the minute we need our faith, when something is hard, we ask him to remove it. We don’t want to ‘need’ to be close.” Despite the hardships through writing the record, Aaron is completely and utterly full of joy. It’s helping him to become a better songwriter and a better worshiper.

Much of what makes My Epic unique and so well supported is evident on Behold, and the record holds a new feeling for the band. Many have compared the group to the now defunct As Cities Burn, and while Aaron appreciates the comparisons, he makes it known that My Epic never set out to be just like someone else. “We want to be us, and we want people to know we exist to behold God, as a ministry for Him,” he says about his band. “Cody could shred me under the table with songwriting, for sure.” You can hear the sincerity and respect in Aaron’s voice when he says how much a record of theirs means to him. “When As Cities Burn released Son I Loved You At Your Darkest, I absolutely loved it. But then Come Now Sleep came out, and I had to take a step back because it was so different. But I loved it. It was almost like what we’re doing, saying, ‘Well, if you liked Yet that much, you can always keep going back and listening to it.’ We’ve moved past that. We’re not going to keep doing the same record. I think Behold is a continuation of that.”

The coolest thing about these guys is their heart. We don’t see it enough in today’s bands. Hearing Aaron tell me the stories of how long it took them to finish this record really opened my eyes to see that life does happen, even when you’re in a band. Without the heart, none of this could happen. So much of what Aaron does as a pastor translates into his work as a musician: creating relationships, cultivating those relationships, spending quality time with people and with fans, getting to know the ins and outs of someone’s heart. 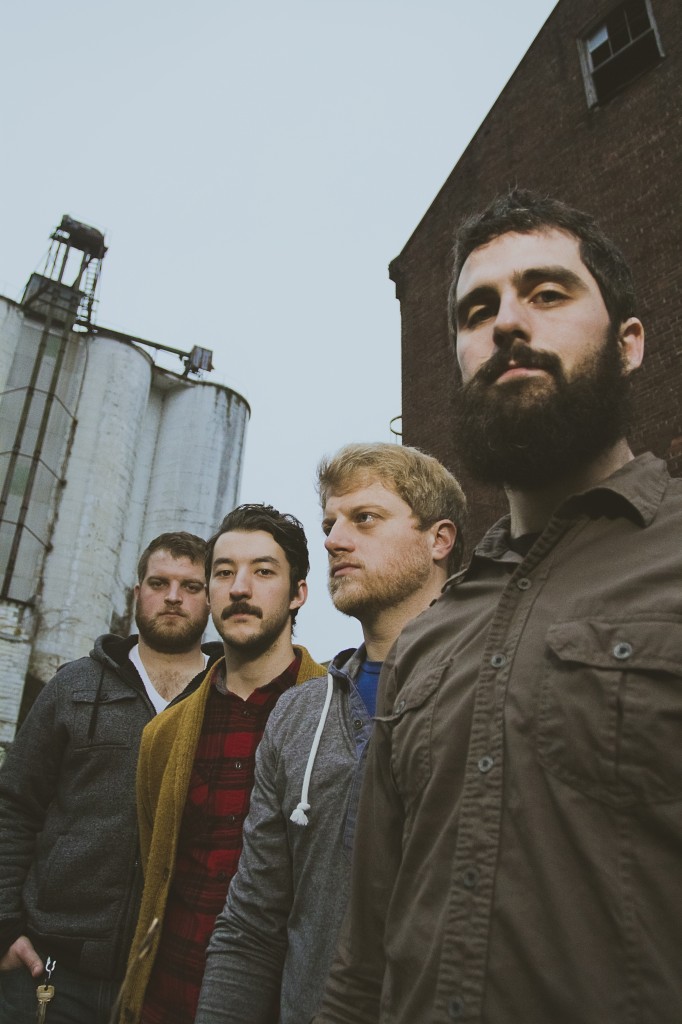 It took them a year, and that wasn’t for lack of trying. “I don’t think we wanted to compete with ourselves,” he explains. “We didn’t want to do Yet again, despite how great it was. So many fans today want artists to do the same records over and over, but the bands you see staying around for a long time, they’re the ones who keep evolving.”

Fans of both records will find plenty to love with Behold, as it takes the best from both Yet and Broken Voice and adds a sprawling ambiance to the band’s already signature, chaotic-at-times rock. “Through much of my quiet times with God, I was focusing on the Psalms, and ‘Confession’ is one of those along with ‘Lament’, and much of the second half of the record” that shows the next step in the band’s evolution.

Aaron adds that the record is split into three parts, with each part acting as a trilogy. The opener, “Arise,” the mid-way point of “Approach” and the grand finale of “Arrive” all speak of Christ’s return, painting a beautiful picture of reverence and respect. The album, as a whole, acts as a piece of worship. Matt Goldman (Underoath, Copeland) produced both Yet and Behold, and for Behold, the band transitioned back to a four piece, adding back original members Jeremiah Austin and Jesse Stone. Tanner Morita, who has worked with Aaron through all of My Epic’s music, adds the ambient feel to the new record. “My style is much more riff-based,” Aaron says. “Tanner tends to bring the ambient sound, and it’s much more prominent this time around.”

In the end, it’s apparent that Aaron and the band take great care with My Epic. The honesty, passion and dedication are evident in everything they do. Being in a band (or a worship pastor, for that matter) is not a 40-hour-a-week job. What resulted from Aaron’s relentless focus on God is their best work yet. It just takes time.

My Epic was posted on December 9, 2013 for HM Magazine and authored by Justin Mabee.