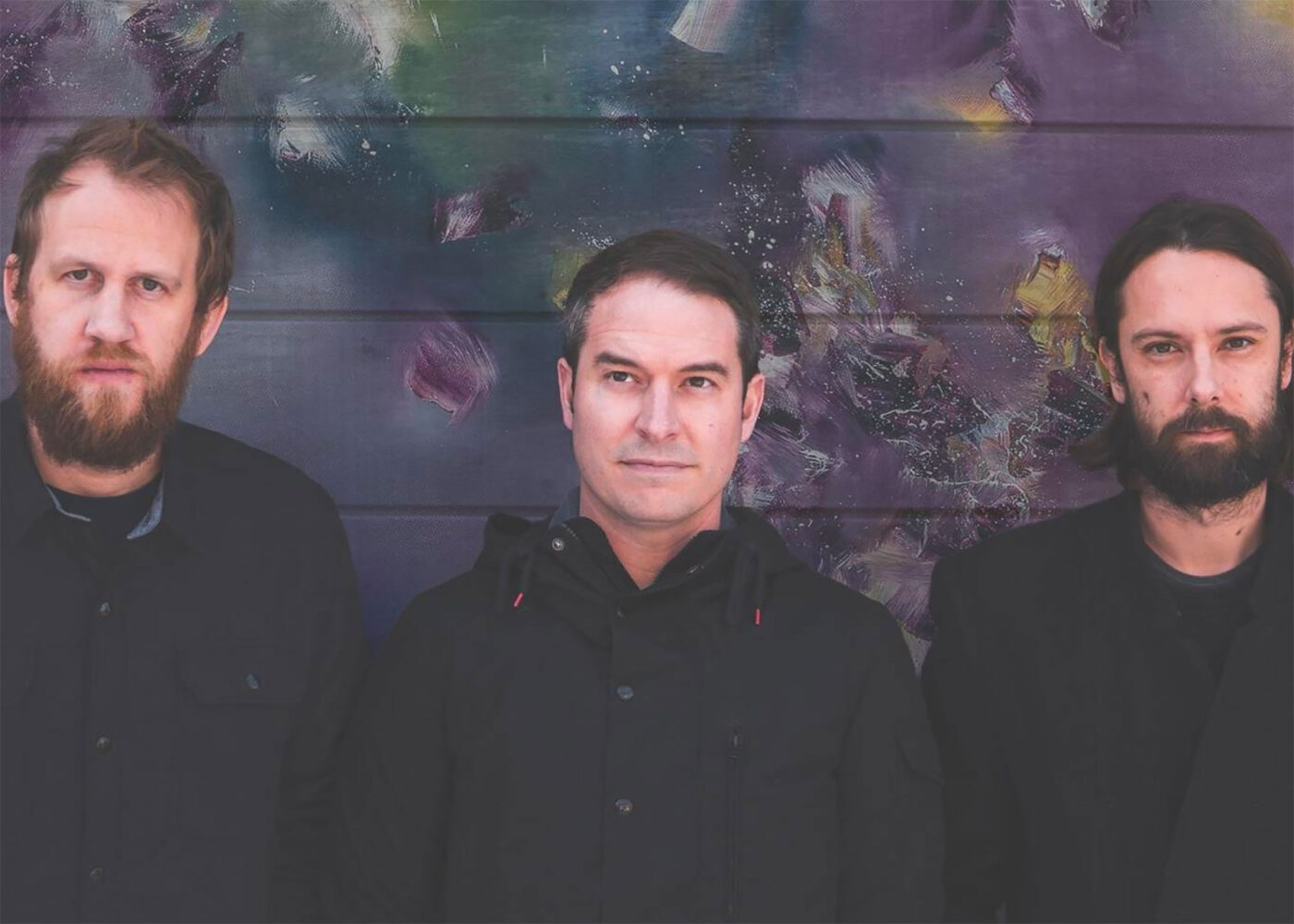 The Destination is Truly Beautiful

Dave Elkins, lead vocalist and songwriter of Mae, answers questions about the band’s future plans, his new musical ventures, and how he uses nature to reconnect to his spiritual side in a world of pandemics and murder hornets.

The first time I heard Mae was in 2004, a year after their first album Destination: Beautiful was released. I was in college at the time, and the music scene was drastically evolving. It was around the same time that I learned of another band called Anberlin, who happened to be a label-mate of Mae’s on Tooth and Nail Records. For me, that was the beginning of an era of magical, enigmatic music, whether it was the indie/alternative melodies of Mae or the emo-infused alternative rock of Anberlin. Both bands resonated with me more than practically any other artist during that period of my life. In 2005, Mae released their epic masterpiece, The Everglow. Tooth and Nail Records has a long and storied history in that scene, and if they had a Top Five Albums Produced listicle, I’d easily put The Everglow on there. It was an album that not only told a story musically but also walked through a deep, heartfelt lyrical narrative.

Fast-forward to 2020 and Mae has since released three albums with gaps between production; the band’s last album, Multisensory Aesthetic Experience, was released in 2018. Since then, I became curious about where the trio had gone, what they were up to in 2020, and, honestly, where their music will land mid- and post-pandemic. I tracked down Dave Elkins, lead vocalist and songwriter of Mae, to ask him a few questions and talk to him about the band’s future plans, his new musical ventures, and how he uses nature to reconnect to his spiritual side.

You have five studio albums with your band, Mae, the most recent being Multisensory Aesthetic Experience. Are you and the guys thinking about doing any more albums in the future?
Perhaps. It’s felt before like there’s an element of magic that stays with us as members of Mae. What is difficult is the fact that we all live in different parts of the country, and it takes a very specific “Mae thing” to get Mae together. You know, we don’t just get to jam in town at a rehearsal space or somebody’s studio or basement or whatever it is and haven’t been able to do that for years. The love for Mae has its moments of full-on, give-it-everything-I-can. Then, sometimes Mae feels like the band that I used to be in, even though I’m very much a part of Mae and Mae’s a part of me.

I think whenever there is a call to do Mae, I’m always extremely curious right away. I’m the main songwriter and music creator/producer for Mae. I have a lot of other musical outlets, but Mae is the one I fight with having most of my identity associated with, as far as (being) a songwriter at this point goes. It’s my baby, and it’s been my baby and Jacob (Marshall) our drummer’s baby since 2001. The idea of one more album or several more albums or one more song or several more songs, it all sounds great to me, it’s just a matter of making all of the singular pieces fit together to make the main machine work together.

I recently learned that you own a studio called Schematic Studios in Nashville. Tell us a little bit about that side of your creative adventure.
Cool! So, I’ve had Schematic Studios as an idea conceptually for close to a decade now. For me specifically, I’m a producer and composer/arranger out of Schematic Studios the building, which is in North Nashville. It’s an A room and a B room. Schematic Studios is an idea I’ve had for a long time. It’s been a name I’ve operated under and have been trying to build upon throughout my time here in Nashville. Sort of a collective, as well; not just a recording studio as you would think of Blackbird or Sound City, but also a place where other creatives can come. It’s sort of a compound of creativity, and the idea would be to keep growing and growing where shows happen, where live art is experienced, you can have meetings, do pre-production for an album or shoot press photos – whatever.

For me, I spend a lot of time up there writing and creating, and it’s a space where other people can come and work with someone, as well, like me or work independently or collaborate with a number of people who use the space. So it’s sort of a creative compound that Schematic Studios is turning into. It’s where I made the Multisensory Aesthetic Experience album for Mae.

You used to have a band called Schematic, as well.
Yeah, exactly. As I was coming up with the next set of ideas and plans for Schematic Studios, I knew that my being in Mae would probably be a card that I would need to use in terms of spreading awareness and building energy into Schematic Studios. So, a number of years ago, I put together a Crowdfunding campaign and wanted to reward anybody who was going to help me build Schematic Studios through that Crowdfunding campaign with a solo album and an EP, as well. Schematic, even though those were songs that I wrote, there was really a bigger plan just to use that music and that experience of working independently for myself to build the name for Schematic Studios and the dream for that communal, collaborative space.

It’s been seven or eight years, and the album is called Color Inside the Lines. Having just taken my break from Mae and moving out here to Nashville, I needed to both stay creative and learn more about what was bringing me out to Nashville, which was taking more of an audio engineering and production role. I love playing a bunch of different instruments, so the Schematic thing was an opportunity for me to have fun and showcase that, as well as be a calling card for me being in town, trying to create a production and studio name for Schematic in Music City.

As a big fan of both Mae and Anberlin, I have to ask: You and Stephen Christian of Anberlin are good friends, correct?
Yeah! Stephen lived here for a while. Our wives are friends, and when they were living in Nashville, we spent a lot of time together. We used to watch Mad Men every week together, back in the day. Mae and Anberlin were both on Tooth and Nail over the years. We’ve done a lot of touring together, done a lot of festivals together. I’ve known Stephen since 2003. Anberlin and Mae have been cut from the same cloth as far as our label history (and) a lot of tours and festivals that we’ve been on.

I also love just going out into nature and stopping my mind from being so analytical about what Jesus meant or who Christ is today or what a pandemic and murder hornets mean at the same time in 2020.

When it comes to faith and spirituality, how does that still play a factor in your life?
Oh wow, that is both the fascination of my life and the bane of my existence. I could talk about that for a lot longer than I could talk about music these days. I grew up both raised in the church and raised in a family who had their own “brand” or “denomination” of churches. My grandfather’s brother started a church called Rock Church based out of Virginia Beach in the 1960s-1970s. In the 1980s, he started this campaign called “Washington for Jesus.” I mean, I taught myself guitar so I could play some worship songs at cell group.

My parents divorced when I was two years old, and I had one of those dual, broken home situations where I had the “secular” parents I lived with and the Christian parents that I visited every other weekend and every Tuesday. I would listen to Christian music at my Dad’s house, I would listen to Nine Inch Nails at my Mom’s house (laughs). It threw me from this confusing childhood to young adulthood where I was bending and shaping myself to fit in with the Christian kids or the secular kids. I went to a public high school, I went to a Christian high school. I’ve used my 20s and 30s to make sense of where I came from and how to process all of that.

I consider myself very much a spiritual person today. Rock Church was into some pretty awesome things for Christ, if you will, and probably some really sketchy things in the name of Christ. I saw a lot of weird political stuff, a lot of weird family stuff. Today, I love Richard Rohr, Rob Bell, and Thomas Merton. I also love just going out into nature and stopping my mind from being so analytical about what Jesus meant or who Christ is today or what a pandemic and murder hornets mean at the same time in 2020.

If you listen to Mae lyrics, there’s a lot of spirituality that I’m trying to get through in my mind and in my heart and in my soul. It’s really questions that I don’t necessarily come up with answers for on the other side, as much as it is questions that lead to more questions. If there’s such a thing as Jesus and Christ together as man and God for a season on earth, what that teaches me is the miracle of love and inclusivity and love through suffering.

I love hearing what other people have to say spiritually. I’m not a religious person, even though I was raised Christian. I invite all ideas of religion to have their day in the sun. 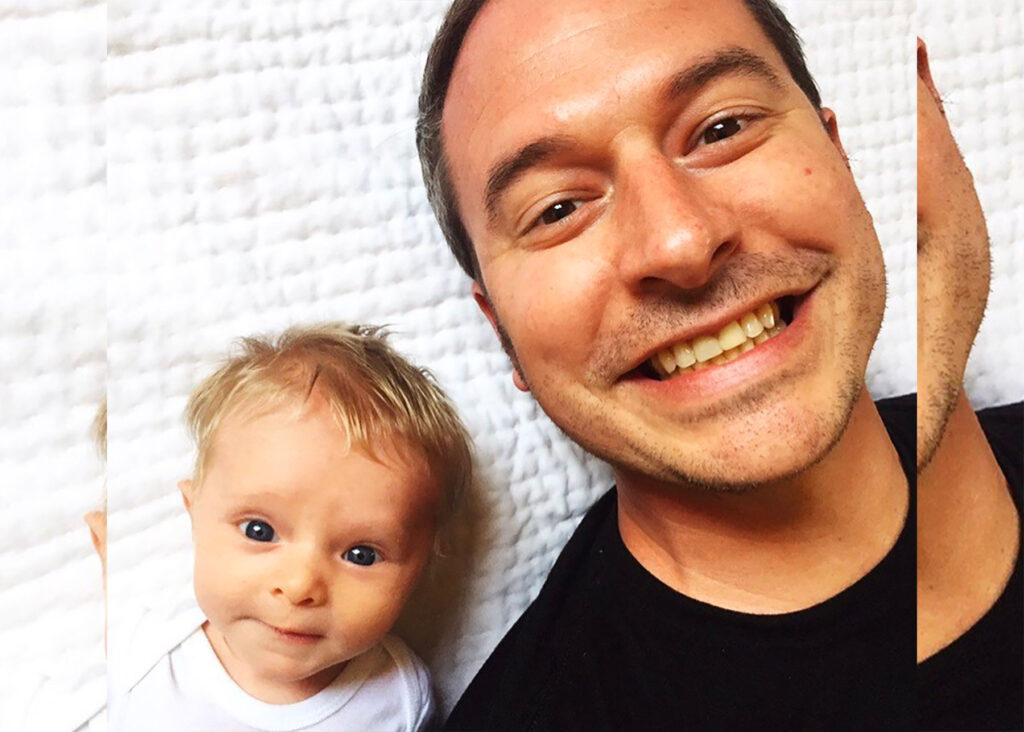 Dave Elkins of Mae and Schematic with his child in 2019

What’s the coolest thing you’ve done in quarantine?
I’ve been in the studio practically every day, and I’ve pivoted a hundred different times as each new day everybody has to, whether they’ve got a job they can work from home or they’re struggling to figure out how they’re going to work now. I’ve been in the studio writing and recording whatever the song in my mind happens to be as soon as I turn it into a voice memo on my phone. Then I go to the studio and immediately record the song. I’ve probably written about 30 songs since we’ve gotten ourselves into quarantine. Also, my daughter turned one during the quarantine so we didn’t get to spend time with family, but we did FaceTime, Skype, and Zoom. I got to celebrate my daughter’s first birthday and write more songs in two months than I probably have in the last two years.

Mae was posted on June 6, 2020 for HM Magazine and authored by Andrew Voigt.