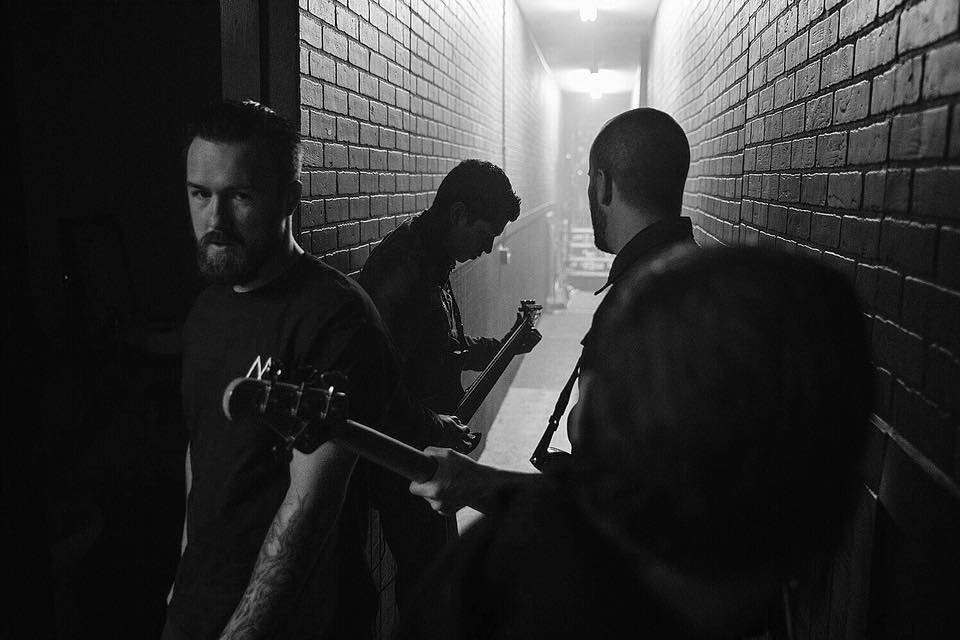 It’s been five years since fans have heard anything from deathcore force Impending Doom. The band that helped forge the path for heavy music with a positive message is – as they say – returning to their roots with their sixth album, The Sin and Doom, Vol. II. The band partnered with their first producer, Christopher Eck, for the release, and it is nothing short of a brutal homecoming. Vocalist Brook Reeves captures a universal desperation for life and freedom in his lyrics. Likewise, the musical backdrop is stronger than ever, drenched in the band’s original raw, dirty sound. In a culture that has bands skirting their faith, Impending Doom not only stands their ground but goes on the offensive with The Sin and Doom, Vol. II. While time has surely passed, the message that put Impending Doom on the map is the same: They challenge believers to defy expectations and follow their convictions, proving once again that living a life of faith is a heavy-but-worthy fight.

The album confronts the desolate state of a sinful world with passion and urgency for redemption. Vol. II jumps down your throat with a relentless battle cry, letting evil know that a believer’s eternity will prevail in the end. Impending Doom has sharpened their weapons and unleashed music for war. HM spoke with bassist David Sitting about the band’s journey from their beginnings to their aggressive return to the studio after extended time off. He offers advice for bands that are fighting for their spot on the stage and looks forward to getting back into show mode.

You must have been anxious to get The Sin and Doom, Vol. II out after five years.
Yeah, we took a little time to sit back and enjoy things in life other than being on the road nonstop and writing records every year and a half or so. It was a nice break, but, once we started working on this one, we were definitely anxious to get it out for everyone to hear. Everyone’s been waiting for five years, so people start getting impatient.

We had more fun writing this album, and there wasn’t a lot of pressure.

How has the album process evolved over the years? So much has changed in music production and gear. Has that changed things for you guys?
I wouldn’t say it’s changed too much; we just took a different approach. We had more fun writing this album, and there wasn’t a lot of pressure. Whereas in the past, when you’re a full-time band and getting on big tours really matters, it creates a lot of pressure for bands to write good records and for records to sell really well.

This time around, we didn’t really have any of that pressure. We just wanted to make a record that our fans would like and that we would like. We don’t really tour much anymore; we do fly-out shows and one-off things, so we got to do what we wanted and we what we knew the fans would dig it. It was a lot of fun. It was like when we started the band years and years ago. Nowadays, it seems like bands are able to write music from across the country with digital files and everyone having a studio in their house now.

Then how does songwriting work for you guys?
Well, for the past three records, we’ve always met up at each others’ houses and recorded right on our laptops. We’d get ideas and start building songs and structure right there on our computer, like most people nowadays who can do it anywhere – on tour, in a hotel, in the middle of nowhere. We always met up at someone’s house and started forming the songs. Once we had a solid foundation, we would get together and jam them to get the live feel for them and see what needed to be changed. We’ve done it the same way for the last three or four records.

What makes The Sin and Doom, Vol. II different from past albums?
This time, the producer we went with was the producer we did our very first record with back in 2007. We wanted to get that dirty, unpolished sound. Nowadays, everything is so perfect, recorded, and fake. We wanted to have it more real and sound gross and grimy. So we went back to the first producer we ever used and started writing songs that, like I said, reminded us of writing records when we started. The energy level was a lot higher than it was on our last few records, I think. We went all out with that approach.

That’s funny you say that. As I was listening to this record, I remember thinking that it reminded me of Nailed.Dead.Risen. I remember the first time I heard that record; it set a whole new standard for “heavy.”
That’s awesome! I mean, that’s what we were going for. We wanted to bring back an older sound but still with progression as we’ve gotten better at songwriting over the years. When we recorded Nailed.Dead.Risen, we had never recorded anything. We were a bunch of high school kids. Not to knock that record at all, but the songwriting is not our best. That album is a classic, and it was when a lot of people got into us, so everyone really likes it. We just wanted to blend the old and the new.

For you, why heavy music? Why metal?
Why heavy music? Because all other music is boring (laughs). I mean, I like all different genres of music, but to play and perform, there is just so much energy in heavy music. Heavy music is what got me into playing music in the first place, and it has this feel and energy about it that, for me, no other genres have.

So if you had to pick, do you prefer studio time or stage time?
Oh, live show, for sure. I mean, I like recording. It’s fun seeing something small that you started off with turn into a full song with all the layers. It’s really cool to see what it actually becomes. But I prefer live over recording. It’s just so fun, and we all have a good time. The studio is fun, but live is where it’s at. 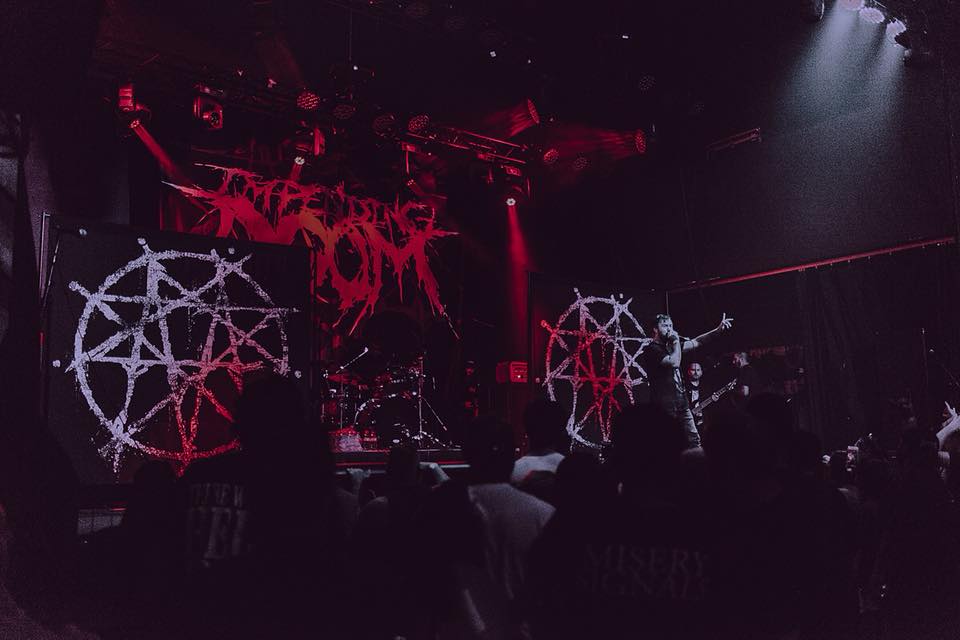 How do you think the sound of your music and the energy you’re talking about marries with the lyrics that you’re writing?
We’ve always been that Christian metal band that likes to ride the fine line of people wondering, “What the heck? Is this actually Christian? This is the heaviest, craziest thing I’ve ever heard.”

I don’t know. From the beginning, we all wanted to have a positive message with super heavy music. We all grew up listening to heavy music that wasn’t Christian, and we loved the music aspect of all those bands, just not exactly what they had to say. I think Brooke (Reeves, vocalist) has always been able to tap in, lyrically, with what a lot of our fans can relate to, and we take over the music aspect. Combined, it’s worked so far.

What’s your favorite song on the album?
I like “The Wretched and Godless” and “War Music” the best, I would say.

Why’s that?
I like the energy of those songs, I think. When we first recorded it, I knew instantly I would like those songs. I like the whole record, honestly, and I’ve never been able to say that in the past. There have always been filler songs that some of us didn’t like.

Do you think you’ve grown as a musician and as a band with this one?
As a band, definitely. I feel like each time around, we get better at songwriting. We get better at knowing what each person brings to the table, just bouncing ideas off each other, and getting tighter and tighter.

Can you tell me more about how this album became what it is? Where did it all start?
We took a few years off because we’d been going nonstop for basically ten years. We were allm – I wouldn’t say sick of each other, but we were exhausted, and we’d be fine not seeing each other for a while. We needed a chance to miss each other. We all did our own things. People started getting married and having kids, doing family stuff. That was all great.

And then, a few years ago, we got an offer we decided to go with and play Facedown Fest. That was our first time being on stage together in about three years. Once we started playing, we were all looking at each other, smiling, having a ton of fun. When we got off stage, we said we needed to do this more often. It’s been a good little while, maybe we should do a record. It fueled the fire.

We started working on riffs and putting songs together, really slowly. A lot of us are busy in other areas of our lives, but we slowly started working on the record and recording. We wanted to take it back with that title, which is a spinoff of our first EP. So, that was how it started out. 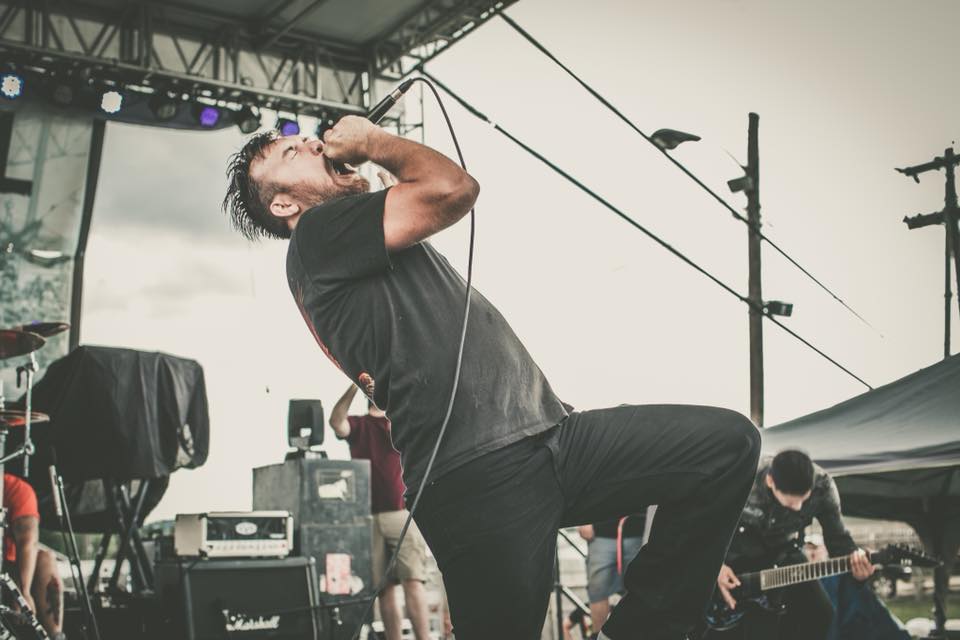 Did you guys have any other goals set out for this record?
We want to play a bunch of places. As I said, we don’t really tour anymore, so us playing all over is a lot more difficult. We’re trying to do a “fly out on a Friday, play on Saturday, and fly home Sunday” kind of thing so nobody has to be away from their family for too long. Everyone else has their own businesses and things like that, we don’t want to interfere too much with them. But we always want to do the band, so we want to go all over and play everywhere for our fans to see us. It might just take us longer to get there, and when we do come, it might be a while before we come back.

If you could give heavy local bands one piece of advice, what would it be?
To go all in or don’t do it at all. In order to make it in this genre and in the music industry at all, you have to give it literally your all to get a small amount back. If you don’t make it your everything and go all out with it, it won’t grow and it won’t do what you would want it to. So go all out. Make it heavy!

Impending Doom was posted on December 7, 2018 for HM Magazine and authored by Nao Lewandowski.