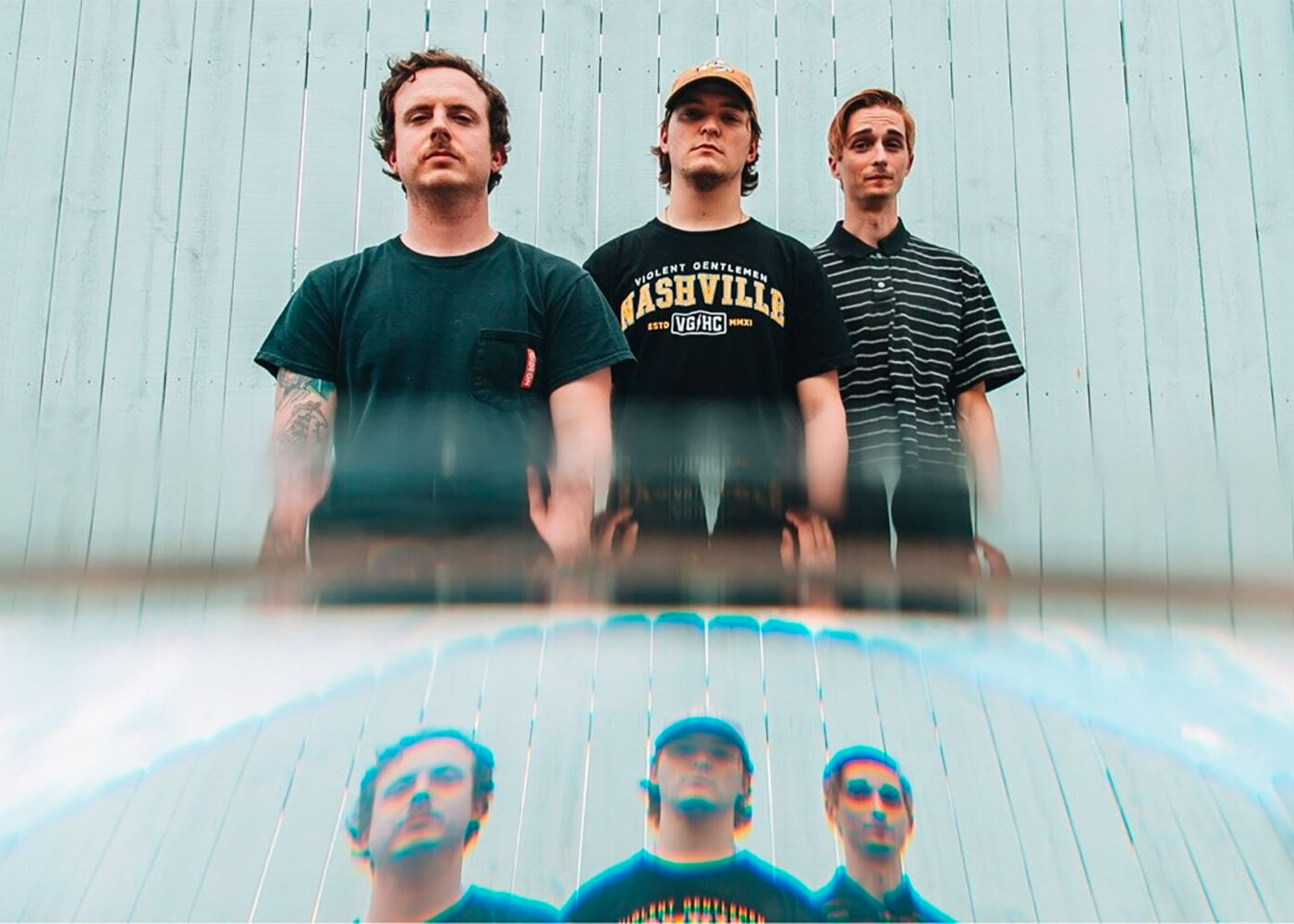 It’s a moment that up-and-coming artists dream of many times in many ways: releasing an album with a true-blue record label. Nashville’s Idle Threat is living that reality with their sophomore EP release, Nothing is Broken for Good, by way of the underground legends at Tooth and Nail Records; yet, the experience is far more peculiar than anyone could have imagined. The band had to deal with an unexpected circumstance, seeing their latest EP get released in the middle of COVID-19’s uncertain reign. Unable to celebrate with a release party, a showcase, or a tour run, Ernie Fabian, Zeke McKinney, and Justin (JJ) Jones are instead physically separated and finding ways to adapt to a much different world than the one they existed in when they originally planned to release the EP. Despite expectations, Idle Threat hasn’t let the situation break their drive as artists or individuals. On the contrary, they’re confident in one thing: Everything will be alright again. It isn’t blind optimism, but it is contagious. In talking to Fabian and McKinney, it’s clear that they know exactly where their hope comes from, or, more specifically, from whom.

HM: There’s obviously a heavy theme of loss on the EP. This coincides strangely with what’s going on, because I feel like, globally, we’re grieving our freedoms. Have you guys found that during COVID-19 you’ve unexpectedly been grieving anything?
Ernie Fabian: I think it’s interesting that you relate the theme of the record to what’s going on today because we literally just talked about that with each other a couple of weeks ago. It obviously wasn’t on purpose to write a record that would have anything to do with a pandemic; that was unforeseen. The record is definitely about loss and hope through that loss.

But, to specifically answer your question, a couple of life things happened for me. I got married during this whole thing. For a while, my wife and I were joking about how the world seems to be crazy right now, but we were thriving for a period of time with everything going on. Once things have calmed down, I definitely think we missed out on family and our friends and getting to celebrate something that was a big deal that we had planned for months; we ended up just eloping. Once we settled into everyday life – because we were forced to – I think we found what we were. I think grief might be a strong word, but this certainly was a moment to be like, man, this would have been really cool had not everything been swept out from underneath us.

Zeke McKinney: For me, there’s been a lot of unexpected things that I’ve been grieving over. Ironically, a lot of those have had nothing to do with COVID at all. It’s been a hard year for a lot of people, but for me as well. I have an identical twin brother, and he got married this year. That ended up being a lot harder for me than I thought it would be because all I’ve ever known is living with him, sharing a room with him. For 25 years, that was my whole life, and I think I underestimated how hard it would be going from a transition of always being with him to him just not being around, and it was a little lonely at first.

That’s heavy. You guys have both been dealing with some pretty big things in different ways. One thing I also picked up on throughout the EP was that sense of you have to hold on, you have to hang in there and believe it will get better because, a lot of times, that is what helps you get through. Do either of you have an element of faith that plays into that, or is that not something you consider as you go through those processes?
ZM: Yes, 100%. We both are followers of Jesus, and that’s the deepest part of both of us. I think I can speak fairly for both of us in saying that. Because it’s the deepest part of us as people, it’s also the deepest part of us in our songs, as well.

EF: We certainly are coming from that place first when we approach a new song. Not all of our songs are explicitly about our relationship with God. There are definitely elements in all the songs that hit on different aspects of faith but, specifically, Christianity.

But when we sit down to write a song – or, a record in this case – we talk about where we’re at personally in our lives and what that could look like sonically – but, more so, lyrically. This one was absolutely about being able to look through hardship – but not just hardship, good things, too, that happen in life – and realize that they’re but a moment in the grand scheme of eternity. It really puts that in perspective: What I’m dealing with now is going to be here for a moment, and then it’s going to pass on, and then the next thing within this life is gonna come at you. But then one day that will all go away and then there will be The Christ, and there is no more pain or suffering. So that is definitely what we write all of our songs about, but this record was about hope rather than despair or apathy. 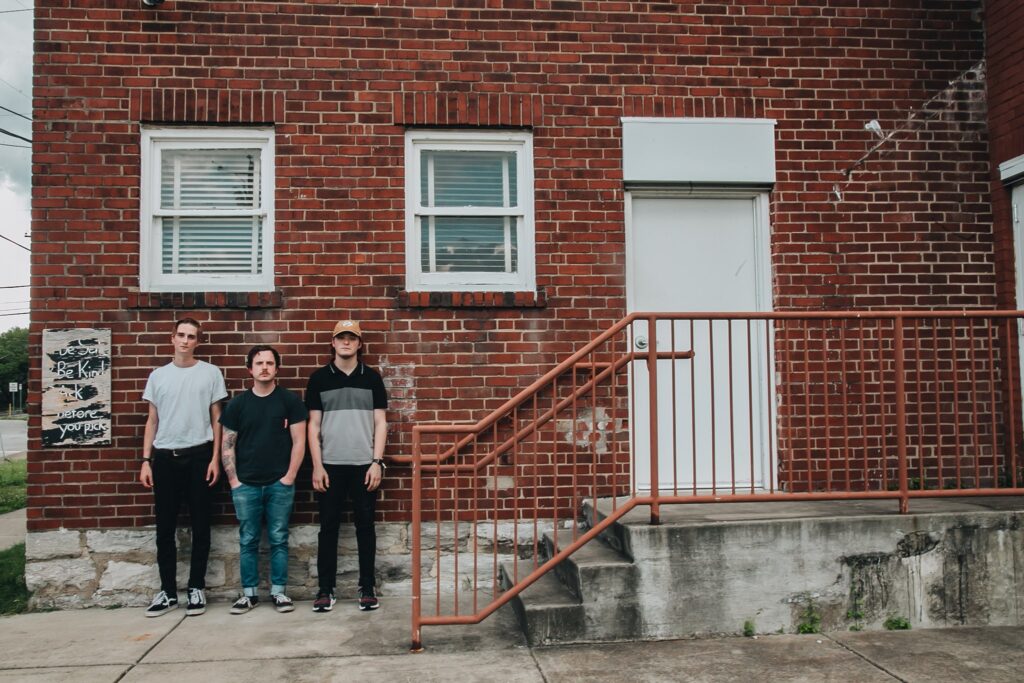 When you’re going through something that’s big – whether it’s heavy in a depressing or difficult way – or another life changing thing like getting married, why do you think it’s so important to give a voice to that hope?
ZM: I think despair is powerful, and sometimes things may fall into hard seasons and can be deceitful sometimes. You may not even realize how deep you are into it, so if you’re not giving voice to positive things or hope or looking to something greater than yourself beyond the season that you’re in, it can be really easy to get so wrapped up into that moment that you see no future out of it. When we write those songs, we’re 100% talking about our faith in Him to pull us out of whatever we’re in. One of the biggest themes of this record is that nothing is arbitrary. That’s why it’s called Nothing is Broken for Good. Basically, it’s stating that there’s hope in even the darkest seasons and that there’s meaning in everything.

EF: Yeah, I would agree. Something I deal with pretty regularly is anxiety, and I think that COVID has brought that back into my life in many ways. I don’t really deal with depression but just feeling off. Whenever you go out and you see all these people wearing masks, it’s just so surreal. It doesn’t help that we don’t really know… some people could have COVID, some people couldn’t… and it’s like, do I have it? When you’re dealing with these things and anxiety, it’s like there are a million different voices in your head, and you just have to cling to the one that will stabilize you. And that for us, that’s Christ. For me, it’s a real, tangible thing. Again, this didn’t really relate when we were writing the record because COVID didn’t exist that we know of. Now it’s here and it’s a good reminder that God is put in our lives to keep our focus. My anxiety might be today, but tomorrow could be a better day.

I can really relate to that. I deal with depression and anxiety, and it has been hard, but I think one of the greatest things that may come of it – if you can call anything great that comes from what we’re going through – is that we’re all developing really good coping mechanisms. I think that we’re going to be so much more resilient individuals when we come out of this, because what haven’t we dealt with during this time that we never would have thought we’d have to? I think things are going to seem less trivial after this.
ZM: I think that’s a great way to put it: less trivial.

What is one thing that 2020 has taught you about how you want to live your life moving forward that might be different?
ZM: I have noticed a lot of unhealthy patterns within myself, specifically in the realm of insecurity. I would love to be more secure in who I am and what my family says about me, what my friends say about me, what my Creator says about me. A lot of that comes from community, and one thing that we’ve lacked a lot through COVID is community. So being more grateful for my community and, through that, becoming more secure in my identity.

EF: A couple months before COVID, when we were actually able to tour and stuff, I was on this big kick about living in the moment. For me, a lot of the time, going to shows and doing things I love, I often look forward to going home. And when I’m at home it’s like, I can’t wait to… We wish our lives away. I don’t believe in coincidence, but it’s like God really slowed down the whole world with COVID to be in the moment. I think once we’re able to go back out and live our lives freely, I would like to continue being grateful for the fact that I can go into the time with a friend and not be thinking about the next day or whatever I have to get accomplished.

Whenever this is done, no restrictions exist, what are you guys going to do first as a band?
ZM: Tour. Do you agree?

EF: Yeah! I think that’s on all of our minds, even JJ. We talk about missing being on the road. At the very least, a proper release show for the record.

Idle Threat was posted on September 28, 2020 for HM Magazine and authored by Danielle Martin.