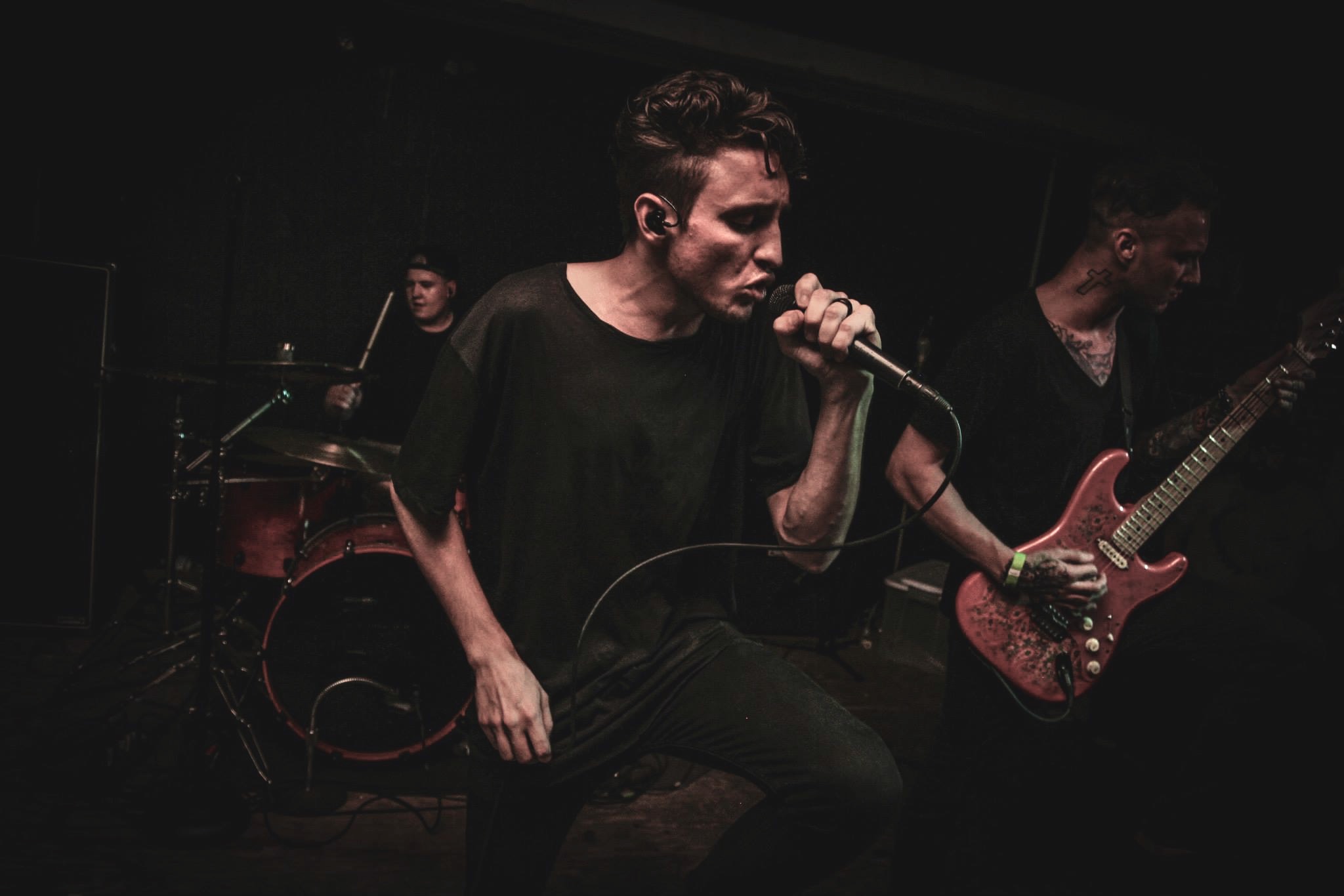 Glasslands, featuring former members of Icon for Hire and Beartooth, forge a new path with their inventive blend of heavy and ambiant on their debut release, 'Pariah'

Glasslands, the new band from former Icon for Hire and Beartooth members, just dropped their stellar first album, ‘Pariah.’ Here, singer-instrumentalist Josh Kincheloe and drummer Brandon Mullins talk to HM about the inception of the band and the creative drive behind their new record.

When Nashville-based musician Josh Kincheloe began making music as Glasslands in 2013, he did so out of an unabated eagerness to create. Working as the bassist for Tooth and Nail Records alumnus Icon for Hire in 2011, Kincheloe was seemingly barred from contributing material to that band’s albums. Intent on following his muse and exercising his musical talent, the songwriter issued a handful of singles under the Glasslands moniker in 2013 and 2014. Gauging the reaction and testing the waters for artistic emergence, the stage was set for Glasslands’ true unveiling.

That musical manifestation is finally made whole with Pariah, Glasslands’ first full-length release. Eventually separating from Icon for Hire and joining forces with ex-Beartooth drummer Brandon Mullins, Kincheloe funneled his knack for crafting sublime songs and his relatable tales of vagabond introspection into an album of ten near-perfect, genre-shedding jams. Pariah is Glasslands’ initial lightning bolt on to the scene which reared them, and this is the fundamental eye opener by which a sparkling music career is inaugurated. This is Glasslands.

HM Magazine: How did Glasslands come to exist? You initially released a few singles under the name as a solo project, correct?
Josh Kincheloe: It started back in 2013 as a creative outlet. In my old band (Icon for Hire), I was technically a hired musician, so I wasn’t able to be involved in the writing process. Being an artist and a creator, I needed to act on those desires to make music and convey the emotions and frustrations I was feeling. Glasslands became the result.

Did you leave that band in order to fully pursue Glasslands? How did Brandon come into the picture on drums?
I chose to part ways with them for many reasons. Ultimately, I want to be a part of something where I’m valued creatively and can really bring my full potential to light. That is Glasslands for me.

I met Brandon back in 2014. We were on the same stage at Warped Tour with his old band, Beartooth. Until this year, we were only acquaintances. Brandon actually heard Glasslands on the radio in his hometown of Columbus and didn’t know yet that I was the one who started it. A few months after he parted with Beartooth, I hit him up. We both have similar goals and ideals, so we decided to team up.

Brandon Mullins: When Beartooth and I parted ways, Josh hit me up on Twitter and asked if I was interested in joining Glasslands. I was actually a fan of Glasslands at the time, so I pretty much said yes right away. I love touring and playing shows, so this was just a natural transition for me.

Pariah is atmospheric, but heavy. I believe I saw someone describe it as “dreamcore,” which seems fitting. Was there a certain sound you were going for on the album, and do you think you achieved it on the finished record?
JK: Yeah, someone commented that on our YouTube. I saw it and thought it was hilarious — but awesome — so I tweeted about it. I definitely want us to stand out yet still stay true to our heavy roots. Sonically, we wanted it to be big and full with a healthy blend of electronics and ambiance. The mix creates that atmospheric feeling I love. When you have those low, simple sections in a song, it makes the big parts hit even harder. I think it all came together well, and we accomplished what we set out to do with this record. 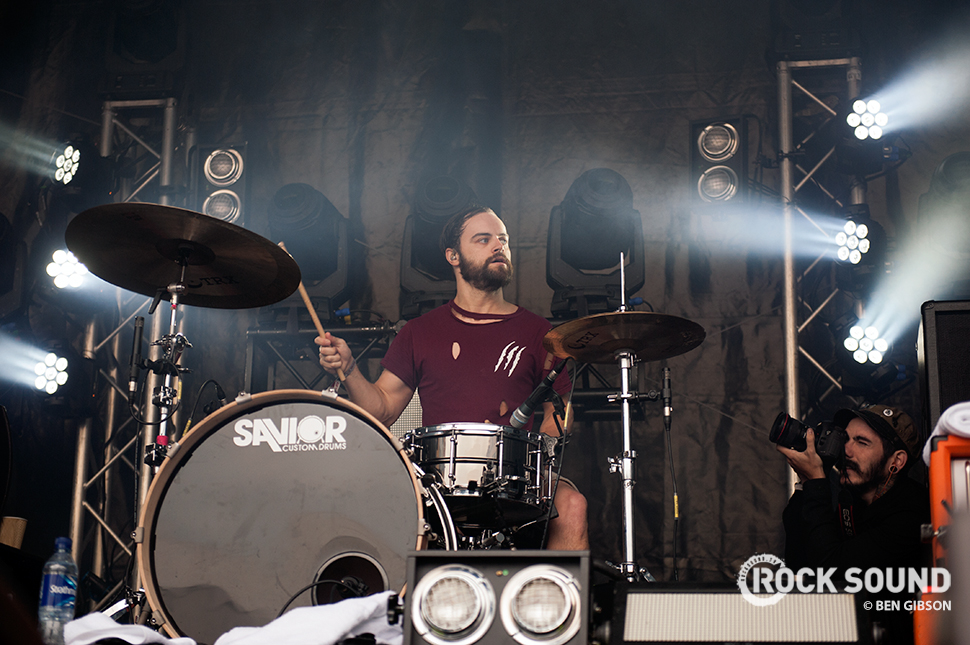 Any particular musical influences that inspired you in the creation of Pariah?
JK: A good share of what I was listening to at the time was heavy. Bands like Underoath and Bring Me the Horizon have definitely influenced me. The stand-out artists I drew inspiration from were Halsey, Lorde and The Neighbourhood, to name a few. Complete opposite end of the spectrum, but that helped shape the atmospheric sound that’s common in our music.

Josh, did you write and record the album by yourself? Was there a producer involved?
JK: We worked with a good friend of ours at Threshold Studios up in Indianapolis. I had most of the record written and demo-ed out before going into the studio. Once you’re in the studio, you can really see your hard work start to come to life. We bounced any and every idea we had off of our producer, Brian (Thorburn), and we sifted through thousands of sounds in forming the perfect fit. The songs evolved into something that we are very happy with.

Is there an overall meaning or message you wanted to convey with your songwriting?
There is a recurring theme throughout the record and that is a feeling of being an outcast. That may be a result of our own actions or that of something out of our control. Whether it be abuse, addiction, loneliness or abandonment, the first nine songs on the record share that sense of frustration and helplessness that goes along with those emotions. However, rather than ending our first album on a depressing note, we wrote the song “Go For Broke.” This sums up the record as a whole. Though the lyrics are few and simple, I feel it conveys the ultimate message we wanted to get across: Go for broke. No matter what has happened to you, what your problems are or who’s done you wrong, you’re in complete control of your own future.

I like the lyrics on “Deadman,” especially the titular line, “I am pariah and I can’t comprehend.” Can you shed some light on that section?
Absolutely. That song is very close to my heart and deals with my own issues and struggles in my life. I was hurting the people I loved most and felt helpless in doing so. When we damage someone’s soul, we feel as though those relationships can never be rectified. But, on the contrary, those that truly love us are just waiting for us to come to our senses and “come back home,” as it says in “Deadman.” Those lines, “I am pariah and I can’t comprehend / Am I too far gone?” summarize not only the song but the entire record. Pariah means outcast or outsider. These emotions that I mentioned earlier can cause us to feel this way, like an outcast that doesn’t know how to deal with his or her problems.

Pariah was recorded and released completely independently, right? Are there plans for label involvement, or will you continue doing it yourself?
BM: At this point, we wanted it to be all DIY. That way, we could get our vision out in the public, 100 percent, before any label or management got a hold of it. We are not in a rush to get a label; we want to make sure both sides are fully on board. We don’t want to just jump on the first label that shows us interest.

JK: Like Brandon said, we did it on our own so that we could get something out that was completely genuine from a creative standpoint. We aren’t opposed, by any means, to the idea of a record label being behind us, but sitting around and waiting for label interest is not something we plan on doing. We will keep moving the needle forward, and, if it picks up steam and the right deal comes our way, then that’s all the better.

Is there anyone else in the band, at least for live shows, besides you Brandon?
BM: Right now, it’s just Josh and I as actual members. Live, we will have bass and guitar players. I guess we are just waiting for people who fit with us before we make anyone else a permanent member.

JK: In the past, we’ve had friends fill in for live shows, but we’re definitely going to complete the rest of the lineup once we feel the right people come along.

What’s the band’s plan going into next year?
BM: We plan on finalizing everything with the album, merchandise, management, label, etc. January 1, 2017, we hit full steam with setting up tours.

JK: We’ll definitely start playing shows early next year. Until then, we will be rehearsing as well as working on some cool content for both current Glasslands fans and new listeners. You can count on 2017 being a big year for us. We have a lot in store, and we’re very excited about the future.

Glasslands was posted on November 13, 2016 for HM Magazine and authored by Philip Trapp.