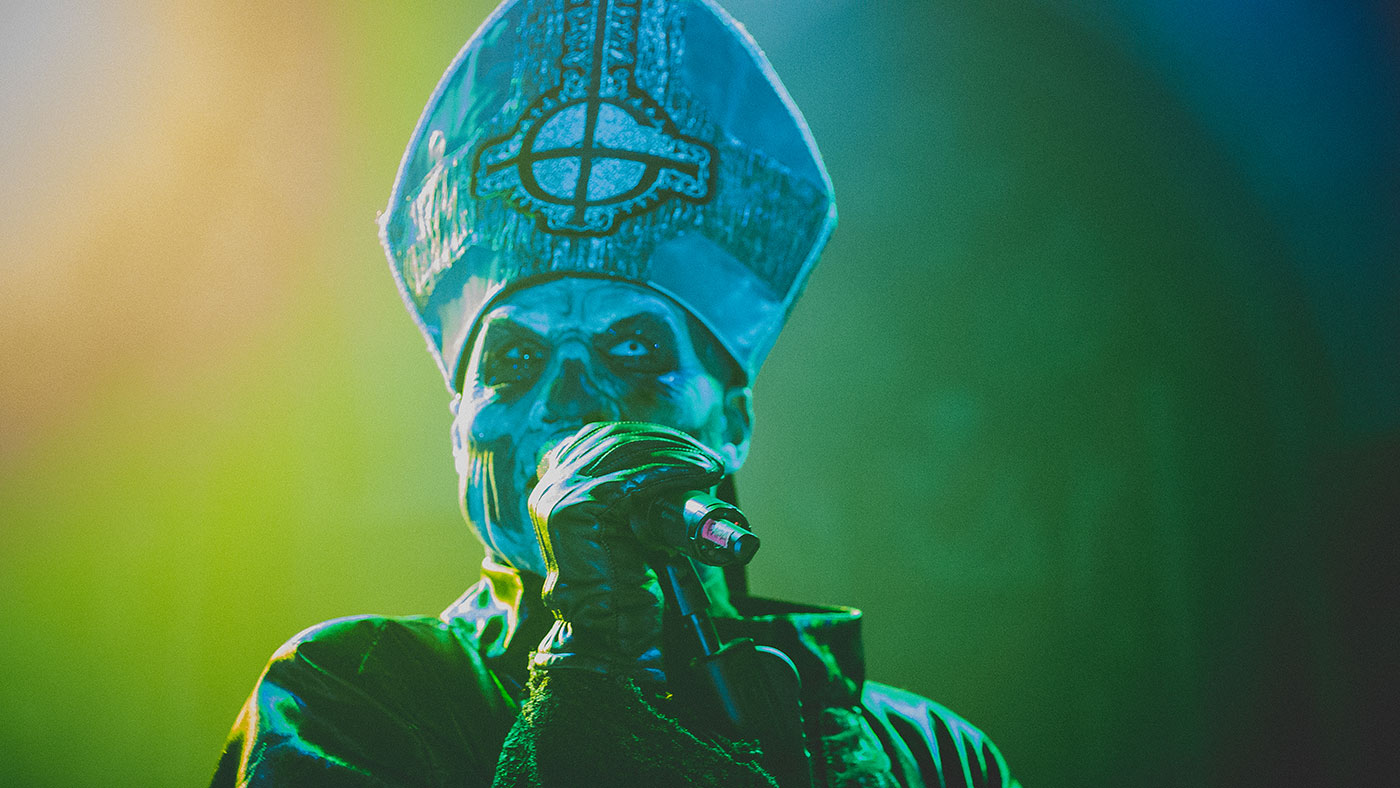 Like their shock-rock forebearers, Ghost BC is comfortable making you uncomfortable

Like many shock-rock acts before them, ghost B.C.. is comfortable making people uncomfortable.

The band isn’t afraid to shy away from much, making sure most biblical imagery has been sufficiently satired in their image and lyrical content. The band is a self-professed devil-worshiping ministry, whose ultimate goal isn’t necessarily your conversion to Satanism, but rather to “trick” those of us walking the earth into the truth that the end — when we walk no more — is not actually a bad thing. To spread their unholy gospel — as many of their predecessors before them — they found rock and roll the perfect medium to get their message across.

I fell in love with the band last year; they are one of the best rock bands I have heard — and seen — in a long time. Just as Alice Cooper drew the youth of the ’70s to the dark side, Ghost continues to challenge the public with their traditional perception of entertainment. The Ghoul I interviewed — the band rotates positions, sometimes a Ghoul, sometimes the underground sex god Papa Emeritus — told me there is no interest in being on late night TV because of their stage appearance and anti-Christian/Catholic personas. (Personally, I’ve seen far worse on TV; it’s a shame the band won’t get that chance.)

Section One: The New Album

In previous interviews, Ghost has made it clear there is a theme to each album. Can you summarize the previous two album themes for the uninitiated?
The first track “Opus Eponymous” (which means “the self-titled Opus” in Latin), that’s about the anticipation of Satan coming, in flesh and blood, to the world we live in. The thing is that not all the lyrics go in line with that, but that’s pretty much the whole frame around the album.

As for the second one, that’s about the under Christ being born into this world.

You recently said you are going to start writing the third record at the end of the year. Do you know what the theme will be for the next record yet?
I know exactly what it is, but you don’t, and I won’t tell you.

Cannot be revealed at the moment?
Exactly.

Last year, you went into 606 Studios with Dave Grohl. I know he does reel-to-reel, tape and stuff. So the songs you recorded, like the ABBA and Judas Priest covers, I know those were recorded reel-to-reel back in the day. How was it recording using the same process?
Well, it was fun and all. It was a blast. The whole recording was a blast. It felt great in every sense; it just felt great (laughs).

Are there any plans on working with Dave again?
No. Not as of now, no. I don’t know, really. No, we haven’t spoken about it, but hopefully so. He’s a nice guy; a very nice guy.

In the first Vice webisode, Papa talked about how the band wanted the next Papa to come from the Ministry. Will we see that trend continue for Papa III?
Yeah, sure. You will eventually, can’t tell you when or how, but — like everything else I know about it — I cannot tell you right now. He’ll be around, sooner or later (laughs).

Let’s talk about some of the motives behind your crusade. When asked if the band believed in Satan, the Ghoul being interview replied, “We just hope He believes in us.” Has he shown himself to believe in the band? How did he do it?
Yeah, I’d say so, considering we’re pretty much a success, so far, singing (his) praises, I’d say so, yeah. Very much. But looking around, I’d say he’s pretty happy overall with the way things are going, society-wise.

I think he takes great pride in most of us — you as well, me as well — with the lives we are leading, (with) capitalism, people in the streets and everything. In pretty much everything around, he’s happy.

In a recent Ghost webisode on Vice, Papa says the fans look up to you guys like priests, but without the guilt, violation and corruption that has come with the church. Do you feel Ghost is showing the world that the Christian and/or Catholic Church is just as evil or Satanic as some people say it is Holy?
Yes, I think so. It’s a vestige, or mockup, of it, so yeah. Pretty much so. It’s the same thing, really.

Is there anything you respect from Jesus and his teachings, or is He the enemy through and through?
Oh yeah. Band-wise, He would be considered the enemy. If you asked me on a personal level as an artist behind the band, I’d say, oh yeah, He was a nice guy. Of course, the biblical Jesus was; his teachings are, “Be nice toward each other.” But I really cannot see that many people going to heaven that think they will, though, living the lives they do.

Would Jesus approve of what we do? Would Jesus approve of what you’re doing? Nowadays, professing Christians, would you really be welcomed into heaven, you think, for what you’re doing right now? I don’t think so.
I say Jesus was wise, probably, and a kind human being. And they nailed Him to a cross because of it. I think if He came around today, He’d be nailed on a cross once again, very much so.

I see the songs as a protest to the church, like Rage Against the Machine has songs in protest of the government. Do you see the band and the lyrics somewhat like that?
Yes and no, actually. As much as it’s entertaining, I would say we are more entertaining, not in the sense of being fun to listen to. This is more entertainment than I would ever call Rage Against the Machine, which has a very serious agenda about fighting the system that’s at hand right now, whereas we are more like, “This is an art deal; we’re making a picture we like to show people.”

Look at it as a horror movie. Of course, that clings through-and-through the world we live in. It won’t be taken seriously by some, and by others, it’ll be treated as a comic band or whatnot. It doesn’t matter, really. I cannot dictate how people perceive it, or even if they don’t get it. It’s just what it is, but I wouldn’t say we’re as much protest as we are just a mockery, really. If I was protesting the church, I’d go do it by other means. I’d do more than just be in a rock and roll band, having fun and getting drunk.

Ghost BC was posted on June 3, 2014 for HM Magazine and authored by Rob Houston.