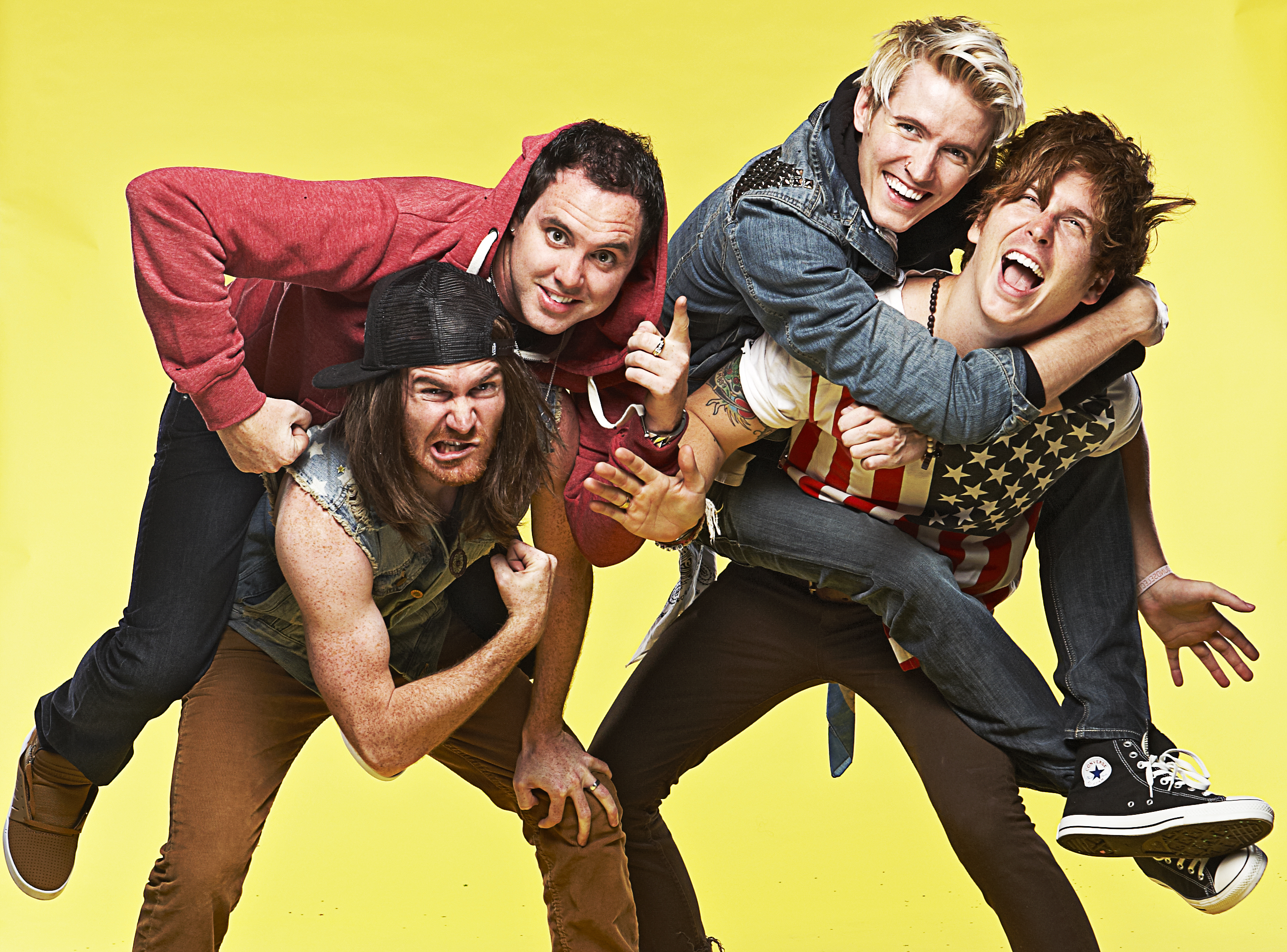 Three years later, a single from Forever the Sickest Kids' album 'J.A.C.K.' started to reemerge. We ask bassist Austin Bello, "Why now?" And, more importantly, what does it mean? PLUS: Download the single for free!

Forever the Sickest Kids photographed in 2013 by Jeremy Shelby

It’s been three years since Forever the Sickest Kids released their third full-length album, J.A.C.K. But for some reason, one song on that album, “Playing with Fire,” has resurfaced, enjoying a new life. Coincidence? We send writer Darcy Rumble to find out. He talks to bassist Austin Bello about the band’s reemergence, the potential of new music from the four “underdogs” from Dallas and how the musical landscape has changed since they last put out music. Plus! Enjoy a free download of the hit single, courtesy of the band.

The band has been pretty silent for a while, but fans were reassured by your Facebook post this fall that the band is “very much alive and well.” What has the band been up to in the past two years?
With all of us living in different states now, the past two years have been a great time for us to kick it with our families and get our hands dirty with new ventures we’re all undertaking. We were privileged enough to be able to tour for seven years straight, 11 months out of the year, and we met the most incredible fans that turned into great friends and will forever be a part of our family.

What kind of musical projects have the guys been involved in during this break from FTSK, if any at all?
Caleb (Turman, guitarist) is also in a band called TEAM (check them out they are awesome), and I produce artists and bands of all different styles and genres. A life without creating music seems very quiet.

In that same post, you say that “Playing with Fire,” from your latest release J.A.C.K. in 2013, was the most controversial track between the record label and the band when it came to song arrangements and mood. In the end, everyone ended up happy. Can you elaborate a little more on that? What was it about this song in particular?
I remember there being friction with the intro and the tempo change midway through the song. Some thought it was too unorthodox for a “single”-type song; others wanted to screw the system (laughs).

So “Playing with Fire” is actually a couple years old by now. How did it end up picking up steam this long after the release of the album it appears on?
Through different management changes and new opportunities we feel like there is still a lot of life in this record despite the release date. If this song can be an anthem or even a band-aid for anyone listening, we don’t want to stop that.

“I miss sitting in the car and listening to a whole record, front to back. There’s something euphoric about that.”

J.A.C.K. is the first album where the band worked with only one producer. You four guys did virtually everything on your own. That must have been a freeing experience. Can you tell us a bit about how this dictated the sound of the record?
We did the entire record with Mike Green. The best way to describe him is to imagine a hamster on a spinning wheel — that’s his brain — and imagine a doctor turned into a babysitter — that’s what he had to be. Now imagine an oiled up bar of steel — that’s his bicep. He’s a genius, and we were honored to work together. It’s a freeing experience to throw every new thought and idea into the air and see which one takes flight.

You guys wrote way more songs than were included on J.A.C.K. Will these songs ever see the light of day? Have you used any of them as a leaping off point for any new writing?
To be honest, there are close to 50 unreleased FTSK songs sitting on my hard drive. In a bowl of Lucky Charms, not every bite is full of marshmallows; sometimes you get the grainy letters. We got some of those. I’m not saying there aren’t some gems in there. Some day, when I’ve had a little too much sweet tea, I may leak those stinkers.

What kind of changes in the musical landscape have you noticed since your last release, and how has FTSK applied them moving forward as a band?
It’s a very single-driven world right now. I miss sitting in the car and listening to a whole record, front to back. There’s something euphoric about that.

With “Playing with Fire” appearing on the radar recently, is this possibly to get fans excited, whetting our appetites for more music from FTSK?
Anything to whet an appetite sounds delicious to me. Yes: We like excited people.

Recently, a lot of bands have found success doing anniversary tours of iconic albums. Is this something FTSK would consider doing for Underdog Alma Mater in a couple years, as its Tenth Anniversary isn’t too far off?
Yes, that would be tight.

Forever the Sickest Kids was posted on February 12, 2016 for HM Magazine and authored by Darcy Rumble.