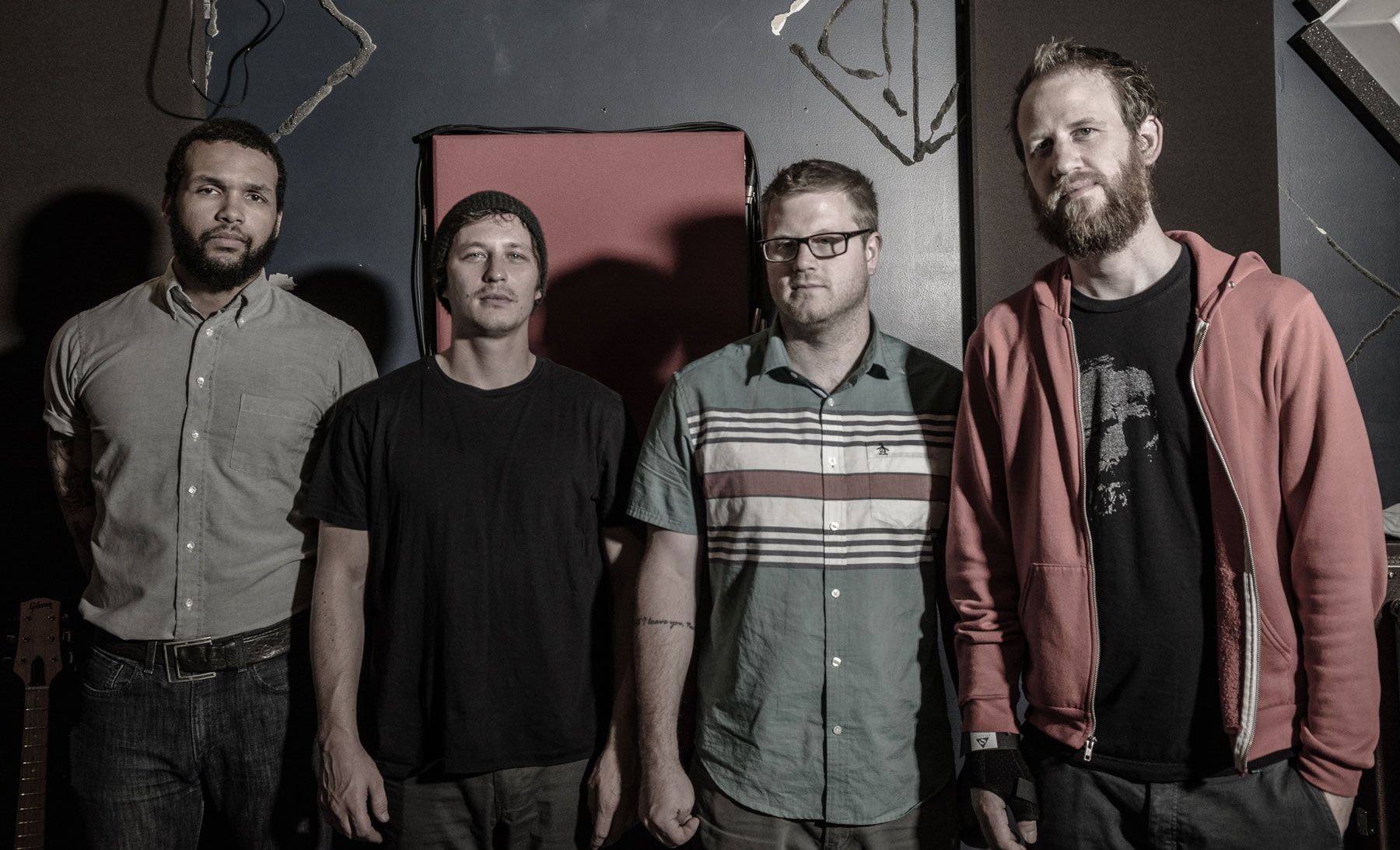 “The focus on efficiency and output, it places everything on the middle road and assuages or sands down what makes certain experiences and obsessions so transformative.”

Longtime Mae guitarist Zach Gehring missed music since the end of his half-million selling previous band, but only recently did the feeling become overwhelming enough to start a new project, a wrestling with the psyche, in Demons. Named for a Fyodor Dostoevsky novel, the oxymoronic nature of the album and band name stands not as an affront, but is intended as a unifying umbrella; as Gehring explains, it’s intended to address the opposite side of our personalities. With their new EP, Great Dismal, HM’s writer Madeline Rowe sought to find out more from the brains behind the experimental embrace of Demons.

As I was listening to the EP, I went through a roller coaster of emotions ranging from excitement to heaviness. Was this the same kind of ride you went through, emotionally, writing the EP?
The writing of the songs occurred over a pretty wide expanse of time. I think that worked to quell any emotional condensations for me. Also, the creative scrutiny associated with the process put me in a different mind set — not detached necessarily, but more critical. Listening to the songs now, I definitely identify the intent and earnestness in what I am trying to express, so in that sense, I can understand what you mean for sure.

You describe Demons as an experiment and an outlet of expression. Do you feel that is what came across with Great Dismal?
I do, for sure. Overall, it was a pretty great experience and I had a lot of fun doing it. And to be sure, it was challenging. The toughest thing for me was overcoming bouts of self doubt. I think that is an imposition or obstacle a lot of people have to work through. There is so much music out in the world, and it is important to establish your motivations and your goals in order to power through. That being said, I’m glad I stuck with it. Ultimately, it’s just six songs, you know? But still, for me, it’s a really big accomplishment.

One of my favorite tracks is “Lenora Slaughter.” It really struck a chord for me as someone who works as an artist and struggles with writers’ block from time to time. Tell us a little bit more about the lyric, “Somethings are better left unsaid / left wild, violent, raging, deep inside your head.”
I don’t know. At the most fundamental level, it’s born from this resentment towards explanations, the desire that we have to not only understand things, but to understand things in order to exploit them or to make them “work for us.”

The title of the song is the name of a woman who was responsible for transforming the Miss America Pageant into a culturally legitimate institution. Of course, the way she was able to do that was through, among other things, the strict policing of what she thought to be appropriate forms of femininity and behavior. So, in the very general sense, the song is a celebration of the counter productively passionate. Reason, the desire to increase audiences, entrepreneurial ambition, a line of thinking which seeks to make things “successful” — I tend to view it with a degree of skepticism. The focus on efficiency and output, it places everything on the middle road and assuages or sands down what makes certain experiences and obsessions so transformative.

Is there a song on the EP that is a favorite of yours? If so, is it for lyrical reasons, something more personal, or just fun to perform?
My favorite at the moment is “There Is No Reward,” the first track on the EP. I think the song captures most accurately what I envisioned this project to sound like. It’s a really gritty, sludgy song. It’s a blast to perform.

I happened to stumble upon your blog, and, in your About section, you say you are a student, you are in a band, you write for a few online magazines and you self-published a book. Besides working in the band, which one would you say you enjoy doing the most?
I think being a student is the most exciting because it keeps me abreast with everything I’m interested in, that is, critical theory and critical cultural studies. Everything I learn feeds into how I see the world, which, then of course, bleeds into my creativity and the task of my identity.

Demons was posted on July 14, 2015 for HM Magazine and authored by Madeline Rowe.