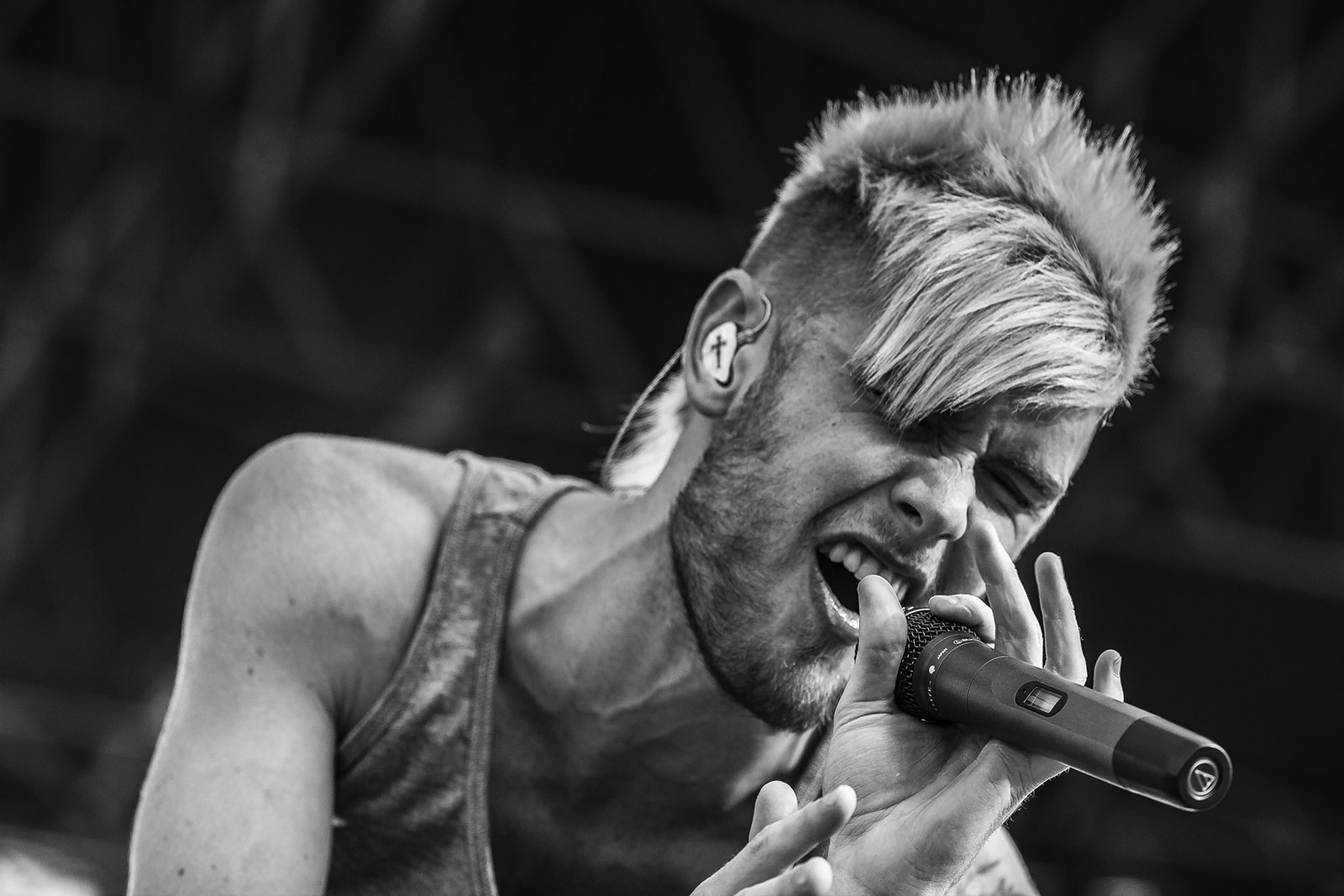 After burying himself under the tutelage of greats, Colton Dixon is ready to carry his weight 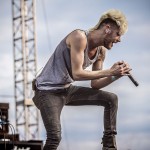 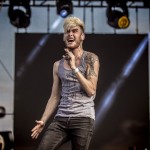 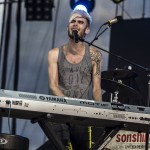 I’ve been on board with Colton Dixon for longer than most people. Unashamed, I am a devout American Idol fan. Before Fox changed up the voting process, I even had a scientifically-formulated theory on how to effectively narrow down the contestants weeks before it would happen. (But I digress.) Dixon, a former contestant, always had a flair for the unique. On stage he’s flamboyant in dress, unabashedly skinny, perpetually cool. But when you meet him, there’s a disconnect. He’s just always so damn nice. He’s almost an anti-rock star. Always, the kind of nice you are when a friend invites you to a football game to sit in his box seats. You soak it all in, you abuse the open bar but you don’t touch anything. Dixon’s like that, ever-thankful for his career because he’s truly a humble man at heart, allergic to lying. He’s always dressed the part — the one where he’s on stage behind a piano rewriting legendary radio rock music with ease — but I never thought that image was the essence of his being. I’d still argue it’s not, and I now believe it’s due to an unending appreciation for the chances he’s been giving. It’s his life, and he’s still trying to figure out how ‘Colton Dixon’ adds up to ‘rock star.’ But there he is, up on stage, ruthlessly slaying his music. It’s good to be him.

It was nice seeing you the other day.
It was such a fun day. We really enjoyed Sonshine.

When we talked last year, your first record had just come out, and now we get the chance to talk to you about this new one, Anchor. Now you’re a little bit older. Maybe a little bit wiser. And as you age, you’re solidifying who you are as an artist and developing roots.
Yeah, absolutely. We started touring the first record, and I quickly realized how easy it was to get swept away in a schedule and in distractions out on the road. I realized how important Jesus time was every day, and also realized that, now that it’s as my profession, I can’t count the times on stage as my Jesus time. If you’re doing ministry for a living, you can’t count the times you’re pouring into other believers as your Jesus time because it’s really having the opposite effect. You’re draining that time, so that other people can get a taste of what God’s shown you. You need to make sure that you have the time to fill yourself up.

That was just something I realized really early on, and again, how important it was. That inspired the thought of Anchor, as simple as that: finding stability while out on the road in this crazy lifestyle (laughs).

First of all, it takes a lot of maturity to realize that, you draining yourself and how exhausting it can be. How did you manage to find ways to recoup yourself?
The best time I found is before I even get out of bed. I’ll wake up, and I’ll grab my phone and start going through different passages, or open up my devo app or whatever, and spend my time there, first thing in the morning.

First of all, it’s a great way to get started, but before your feet the hit the floor, there are no distractions. I’ve found it to be the best time for me, and it’s something that can remain consistent.

Ideally, if you’re sleeping every night that is.
Yeah (laughs).

You want to advance as an artist with your second record, and especially with ones further down the road. What steps did you take to ensure you didn’t write the same record again and how did you apply the new knowledge and skills you’ve learned to the new record?
That’s a great question. I feel like I wanted this new record to be a continuation of the old, but at the same time, show improvement and maturity. Not only as an artist, but as a person. Even in coming up with different song ideas, it could’ve been personal experiences that helped in maturity, in my walk with the Lord. It could’ve been anything.

I think the biggest thing was just pulling out the stops and trying really hard to explore new territory, new sounds, as far as the music side of it goes, and I think we did that. There are some songs where we wouldn’t stop until we got out exactly what we were hearing in our heads.
I think it turned out great. I’m stoked for people to hear those tracks.

It’s about taking your experiences from the road, or taking the things that God is teaching you, and putting that in song form. As we get older, we’re going to get more experience in life, and God’s going to teach us more and more, and reveal more and more to us.

Exactly like your performances.
Yeah. It’s funny. I think this record is geared more toward the live show even more than the last one, but similarly to the first record, we open up with this really cinematic-sounding intro, and I love that stuff.

I don’t want to be lukewarm. I want to be far left or far right of something, and I think we accomplish that for sure with this record. There’s diversity, really, something for everybody. There’s a song for the classic rockers out there. There’s a couple that resemble a Coldplay or a OneRepublic vibe, and there are songs similar to the first record. It’s such a diverse record. From that aspect, it’s awesome.

Like I was talking about earlier, we really explored some new territory and some new sounds and some new writers and took off. We didn’t want the Christian music bubble to be any limitation on what we would create. We basically pulled out all stops and truly went outside the box on a lot of this. I think it’ll stand on its own and I think people will recognize that.

You write a lot of your own music. How was it, working with other people? How have you progressed as a writer, and what was different about writing this album from your first one?
Man, there was so much more time. It’s kind of backwards from what’s normal. It’s like your sophomore record’s the hardest record to write for, but to me, it was a lot easier than my first. I wrote pretty much every song for my first record in a three-to-four-month period — which might sound crazy. In this record, I had ten-to-eleven months to gather my thoughts and write everything, and honestly, I think that’ll show. I think there are some great songs from the first record, but I am thrilled and very proud of the stuff we wrote for the second record.

Ben Glover played a huge part in helping to write for this record, and David Garcia, my producer, brought a lot to the table, as well. … There were several writers. I also got to write with other artists. I did “Our Time is Now” with Toby (TobyMac), and man, that song is a monster. I really, really loved working with Toby, and wrote a song with Trevor McNevan of Thousand Foot Krutch. We did another song with Matt West. Man, we went for it on this record, so I hope it shows.

How much do you think their influence gleaned on you? Are you picking stuff up from them?
Man, I’ve always grown up with Christian music, so I’ve always looked to those guys from as leaders, so getting to spend some time with them in the studio, hearing their thoughts about how they write a song, how they gather their thoughts is extremely helpful to me. Everybody has their way of how they write a song, but it’s really cool to compare and see what works better and what doesn’t.

They’re great men, great leaders. Apart from the music, I think Toby’s done such a great job of being a great role model, not only for people his age but all generations. It’s been really cool to shadow them in what they do, even going on tour with Toby. He’s the real deal, and I know I appreciate that as a fan, but now as an artist, it’s cool to apply some of the things he does to my own ministry.

Out of a personal curiosity, what’s your sister up to these days? Is she still playing music? Are you getting a chance to work with her at all?
Yeah, thanks for asking; that’s awesome. She’s actually working on her own project right now. I hope she will get that out this year. Whenever I’m home, I help whenever I can, when she asks. I’m not home a ton, but yeah, she’s killing it. Her songs are sounding so good. I’m stoked for people to hear her stuff as well. That’ll be good.

Have you gotten a chance to write with her when you’re at home? Hopefully you get to, now that you’ve been on the road a little bit, give her some tips so she doesn’t get in over her head or something.
Yeah. My first tour out, the third day, Schyler came out for a good majority of it, and she came out on stage and sang with me on a song, too. It was just so much fun for us. As far as writing goes, there hasn’t really been a ton of time, or I guess we haven’t sat down and made the time. We do write together. We’ve written a couple.

If we have a spot open in the bunk, I’ll hit her up and say, “Hey, what are you doing this weekend?” She normally makes some room and jumps on the bus with us. Yeah, man, still making memories with her, so it’s awesome.

It’s awesome that she’s still putting her money where her mouth is.
Yeah, man absolutely. Super proud of her.

Our fans are a little heavier. Do you have any advice for them for when they come out and dance at your shows?
(Laughs) Heck yeah, dude. I’m so glad you said that. This record is for them for sure. It’s a heavy record. Dude, the worst thing as an artist — I’m just going to vent for a second — is when you go play a show and the people are either sitting down, or they have their arms folded, and they have “Impress Me” stamped on their forehead. It’s about having fun, and it’s about enjoying music, and we’re going to be crazy on stage. All we ask is that they have fun with us. Yeah, if you come out to a Colton show, we expect to see some movement.

Colton Dixon was posted on August 13, 2014 for HM Magazine and authored by David Stagg.