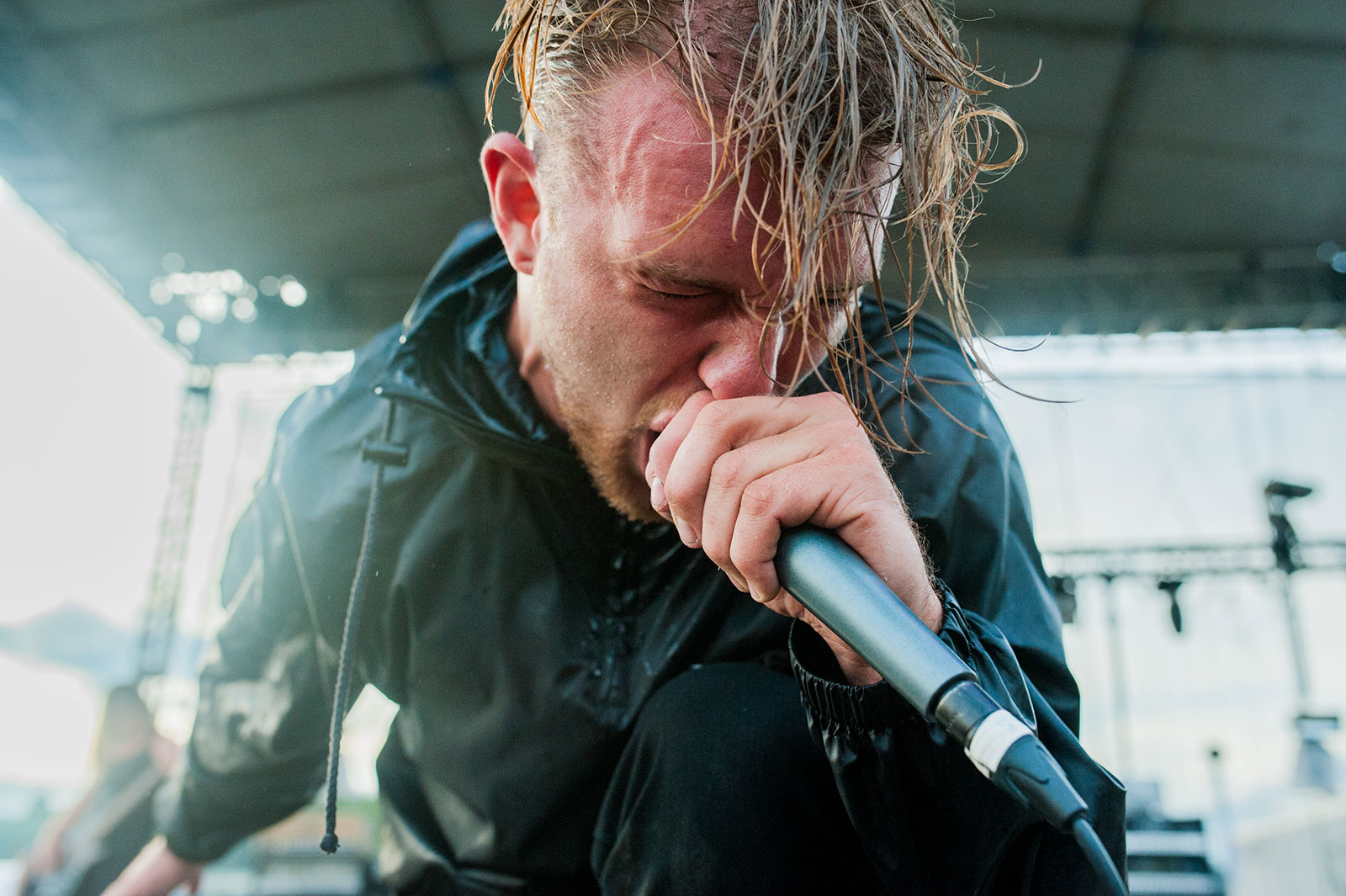 Getting personal with their struggles, Colossus opens up a deeper connection with their fans

“I thought to myself, ‘I am not a perfect Christian,’” he said. “I am not the person you should model your life on. That should be Jesus. That made me feel there is a lot of kids struggling with things they can’t get out of.”

Remember back in 2003 when Dallas Taylor left Underoath and everyone complained about their new vocalist named Spencer Chamberlain?

What about when Alex Gutzmer, vocalist of Colossus, wasn’t always a metalhead or a hardcore kid. He grew up listening to nu-metal bands like Linkin Park and Limp Bizkit and pop-punk bands like Sum 41. But a trip to Sonshine Fest in 2006 when he was a teenager changed him forever.

He saw bands like Underoath, As Cities Burn, August Burns Red, For Today and Haste the Day. “Sonshine, to me, was a newfound safe haven,” Gutzmer said. “I finally found something I could really connect to and relate with. Finally, I found where I belonged.”

Inspired by For Today (whose members were his same age in 2006), he wasted no time after Sonshine in becoming a metal musician and starting a band with some friends.

Colossus — whose name Gutzmer thought was cool but was also inspired by X-Men’s metallic superhero — was formed in Sioux Falls, South Dakota in 2010 after two local bands broke up. Gutzmer and his friend, now-Colossus guitarist Jim Hughes, rounded up the most interested members. Later they pitched themselves to Facedown Records after recording their first album, Time and Eternal, but at the time, no new artists were being signed. A few months later, however, they posted a video for their single, “Superficial Savior,” which immediately garnered attention online, and the next day Facedown’s Jason Dunn emailed them about signing a contract.

Starting a band in Sioux Falls is a challenge in itself. While Gutzmer believes local kids are hungry for metal and hardcore, there is virtually no metal scene in the city; country, rap and rock are more popular with teenagers in Sioux Falls, and often times their out-of-town shows attract more fans than their local shows.

“It’s kind of like you don’t have a home town, it’s almost like you have to find one somewhere else,” Gutzmer said, adding that even free shows can be hard to fill up.

“If you’re a band from the Midwest, you really have to work hard to get your name out there, or to even get noticed at all.” Midwestern bands have to work “ten times harder” if they want to succeed, he added. Even popular bands like For Today, whom they are friends with, had humble beginnings in neighboring Sioux City, Iowa. He remembered attending a For Today show in South Dakota that only had four people in the crowd — himself included. “For Today is one of those bands that has had pretty much every odd go against them and they thrived,” Gutzmer said. “That’s really the way to do it, just keep going until someone cares and puts faith in your band.”

Time and Eternal dealt with some very personal lyrics to Gutzmer (who is the band’s main lyricist). Some of the songs highlight his struggles with worldly desires (“Superficial Savior”). Others, like “Bereavement,” deal with the sting of losing his grandfather, who was his biggest inspiration for him pursuing a career in music. “Time” presents wrangling thoughts on death, the frailty of life and eternity, and along with “Eternity” — a song of finding redemption — it bookends the album.

Although the lyrics are personal, Gutzmer said they can be appreciated and understood by anyone. “The whole album shows that there is still hope and salvation even if you fail in life,” Gutzmer said.

Colossus’s new album Badlands, will be released mid-September. Gutzmer said it has a darker and heavier feel, both lyrically and musically. (In case you’re wondering, “badlands” are a desolate and rugged terrain infamous for having hot temperatures and little water. There are badlands in Colossus’s native state of South Dakota, and Gutzmer said the album’s title draws symbolic and literal inspiration.)

The overall theme of the album is to support people when they struggle with strongholds and when God isn’t the number one priority in their life, he added. “But in the end,” Gutzmer continued, “it doesn’t mean salvation has been compromised or you don’t believe in God. It just means you have bad times in some badlands.”

He remembered times when fans would come up to him after a show and question how he was such a good Christian.

“I thought to myself, ‘I am not a perfect Christian,’” he said. “I am not the person you should model your life on. That should be Jesus. That made me feel there is a lot of kids struggling with things they can’t get out of.”

The lyrics will continue to be packaged for a general audience, Gutzmer said. “Outcast,” the first single, is about being made an outcast for what you do or don’t believe, a message he believes applies to everyone. “The song goes out to anyone who has been made an outcast, whether you’re a Christian, an atheist, Buddhist — whatever it is,” Gutzmer said. “It’s pretty much saying we all bleed the same red blood. We all drag the same chains. We all go through the same motions and we all deserve to be loved, even if we don’t all believe the same thing.”

Catch Colossus on the Thrill of the Kill Tour with Suffokate, Dark Sermon, Years Since the Storm, Mouth of the South, Reformers and Adaliah. Colossus will be on the first leg of the tour, from Sept. 6–19.

Colossus was posted on September 13, 2014 for HM Magazine and authored by Jordan Gonzalez.