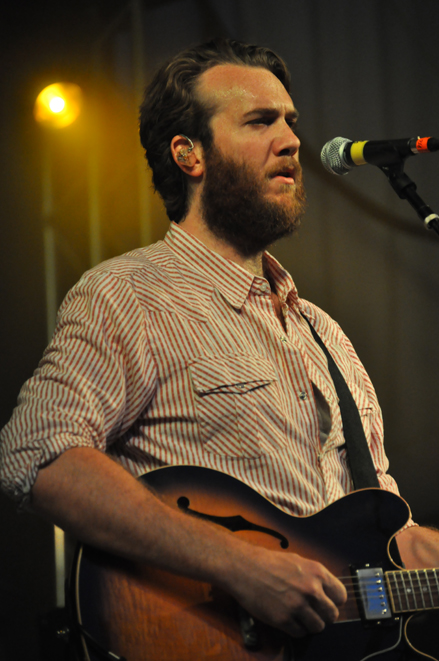 John Mark McMillan strolled onto the stage with little to no fanfare. Many recognized him and cheered, but once he and his band plugged in he had at least mild attention from the audience. Of course, there were many that came to see him and his working man’s heart-on-sleeve worship. He delivered. “I though I lived where it’s hot,” he said. When he played “Skeleton Bones” (about the fourth song in) it felt more like a show than an opening act. After about half an hour, though, it was over and Chris August came strolling out. This worked really well for a seamless transition, since he played an acoustic and the stagehands could work quietly behind him as the gear from McMillan’s set and the next band (Gungor) was moved around. 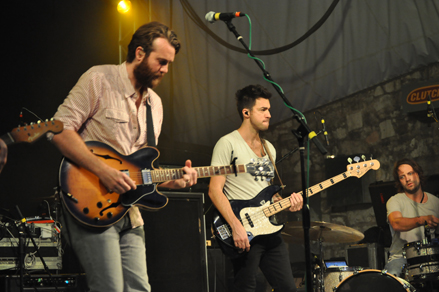 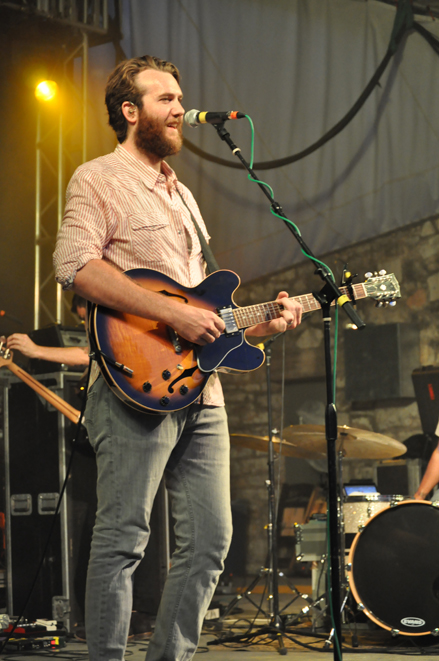 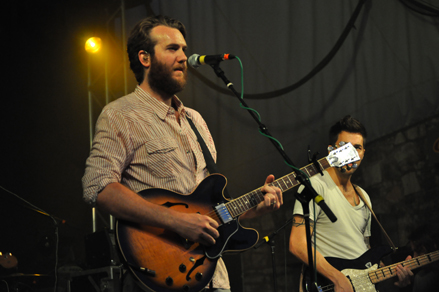 “I came from a broken home,” August explained. “God can take something broken and make something special.” In a slightly unusual move, his short set wasn’t his last appearance.

Gungor came on with their eclectic blend of acoustic and world music. Their lovely acoustic set ended with Michael Gungor’s wife, Lisa, on xylophone and then an accordion-like instrument, and Michael with their cello player. They concluded with the melodic “Beautiful Things” and whole crowd clapping percussion. 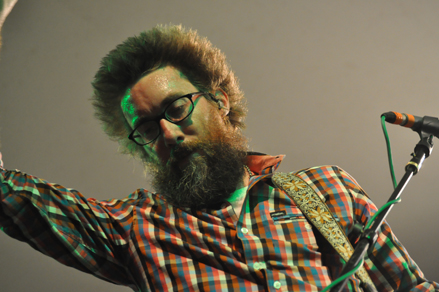 August came out again and played a radio hit. Then David Crowder and his band came out to adjust and line-check their gear for what would be the first stop on their final tour as a band. Early on they played “There is No One Like You,” with the accompanying call and response. He always does a good job of egging the crowd on, acting like a producer and pulling a louder and more passionate take from the audience. A great tune, a great melody line and the few thousand in attendance did not flub it up.

The entire stage at time seemed like a visual and sonic entity, with crashing, atmospheric sounds and subdued lights adding perfect effect and mood. While this band is known for its worship, they could equally be known for their coolness. 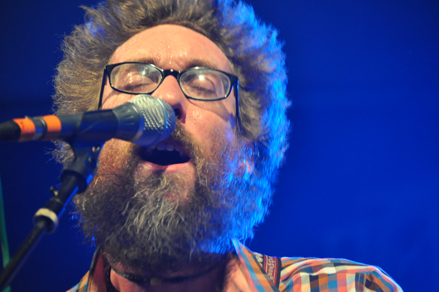 The bridge during “You Are My Joy” bridge with Michael Hogan’s violin and the audience bringing the “la-la’s” sounded awesome. 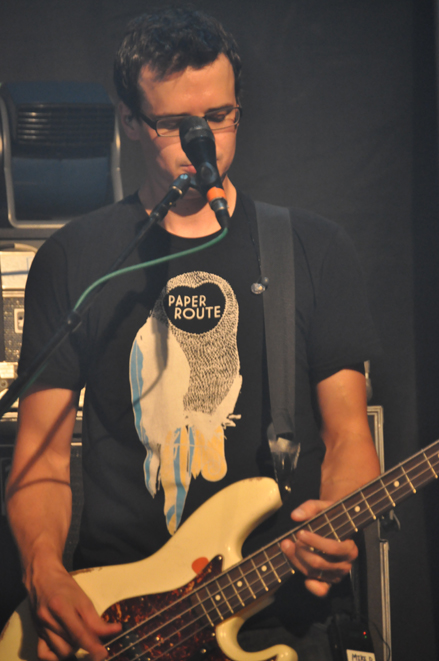 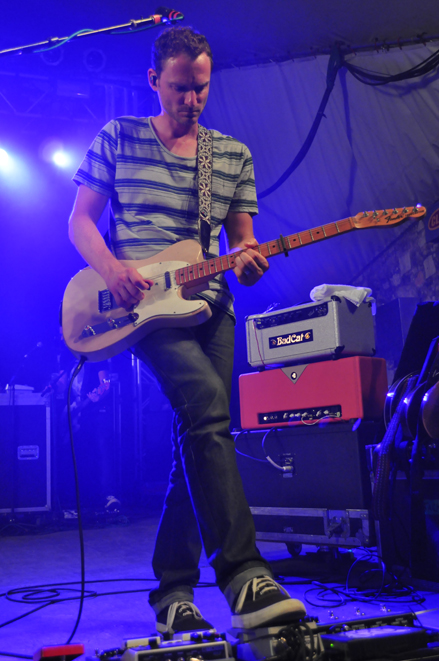 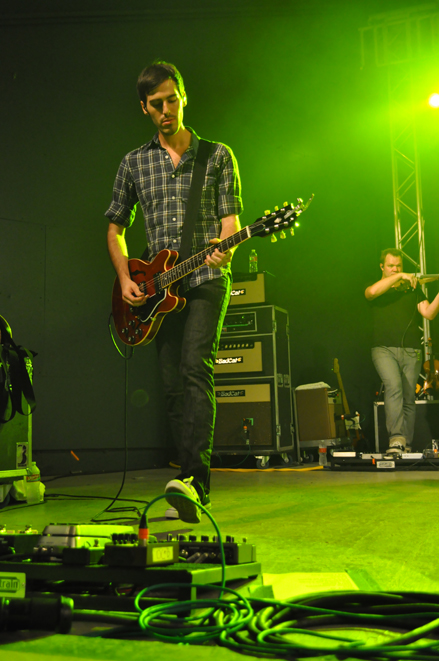 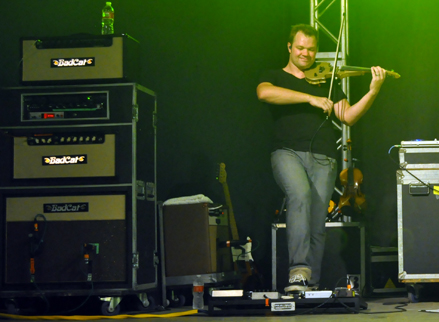 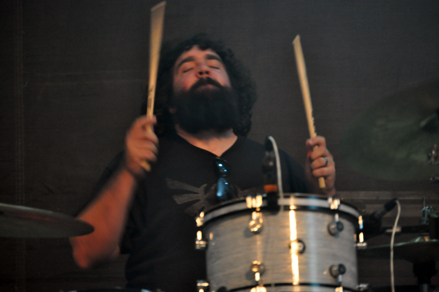 When the two “main guitarists” (about everyone in this band is multi-instrumental, and talented at that),  Jack Parker and Mark Waldrop were jamming, they were trading some serious riffs. 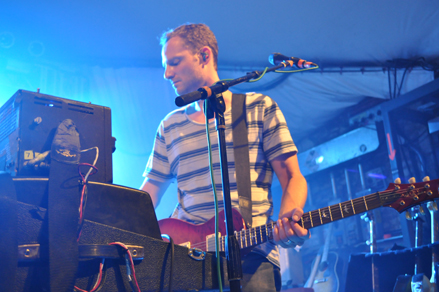 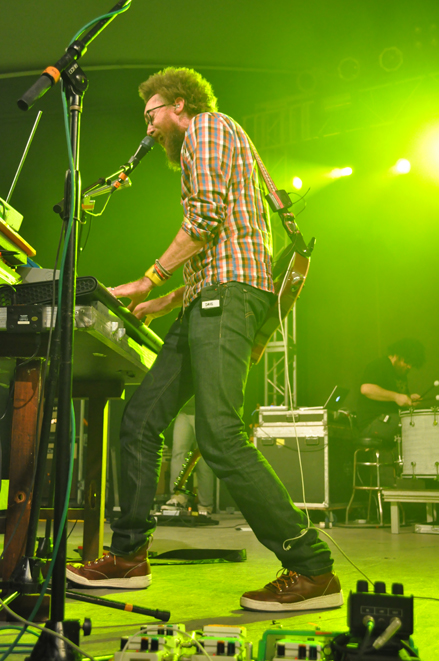 By the time the band rocked into “Here is Our King,” it was apparent that it wasn’t just the band on stage singing anymore. The sold-out outdoor venue (Stubb’s) was packed with enthusiasm and on-key worship. This is what many who came expected to see and it was everywhere. When Crowder sang lines like, “Be Quiet Now … and Wait,” all 3,000+ were in unison. By the time they’d hit the chorus, celebrating King Jesus, some people had to bounce up and down, because the energy was plentiful. 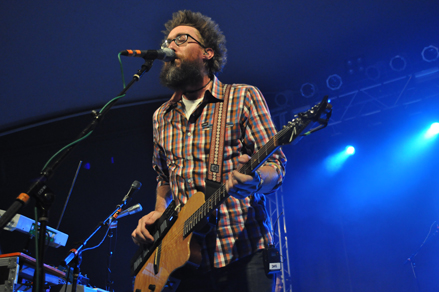 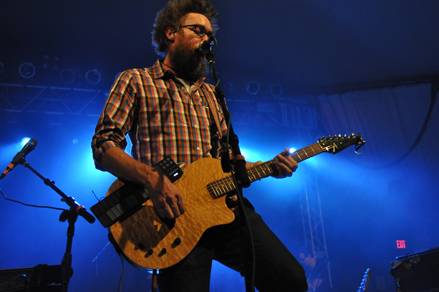 For “I Saw the Light,” of course, the guitarists ditched their axes for mandolin, acoustic and banjo. And then they swung into “I’ll Fly Away.” 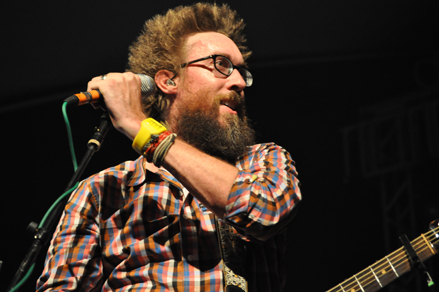 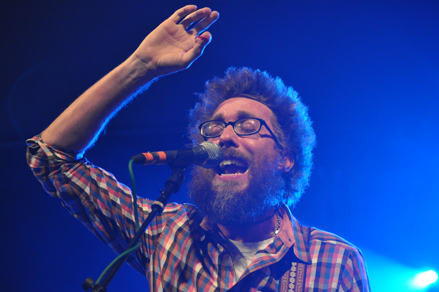 For grand finale, John Mark McMillan came out for you-know-what song, “How He Loves.” Hands were raised from the front of the stage barricade, from side to side and all the way up the hill to the back of the outdoor venue. It was awesome. Followed by “Oh, Praise Him.” Even with the special feature of having McMillan and other artists onstage with the band for this number, the audience had become the star of the show. And what’s ironic about this is that no one was really noticing themselves. It was a unified concert with the focus on the object of our collective worship – Jesus. This added a supernatural element that was truly joyous.

It was hard not to smile on the way home from this event. It was that good.