Catching Up with the Galactic Cowboys

Catching Up with the Cowboys 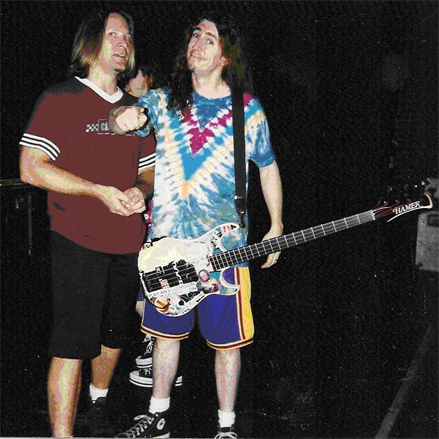 A few months ago I wrote an article for this magazine titled ‘The One That Got Away’ about the grossly unrecognized hard rock zenith known as the Galactic Cowboys.  When I wrote my previous article I had yet to discover the former members more recent musical endeavors.

Just a freshman in college from Jersey in 1991, I clung to my flannel as I was seduced by the grunge/alternative scene, while the Galactic Cowboys were making some noise on the metal front. Preoccupied with the Seattle scene, I came late to the Galactic party and was forced to play catch up as I noted in my previous article.

After checking out their post-Cowboys musical contributions I’d like to say a few things about the two lead cowboys, Monty Colvin and Ben Huggins and what they’ve had to offer musically since the breakup. 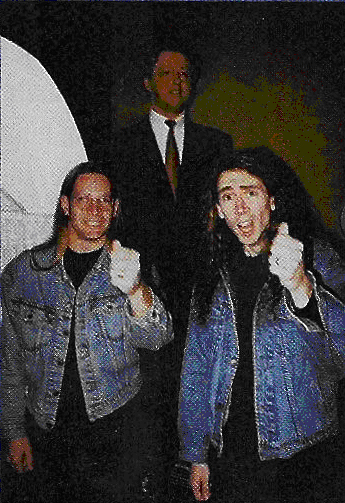 I’ll start with pop-metal genius, Monty Colvin, who may be the most colorful, charismatic and creative guy in music today. (I would say he’s got a little bit of Cheap Trick’s Rick Nielsen in him in terms of how he crafts his music with an infusion of wit, quirkiness and edge).

Of course you’ll know you’re listening to a Colvin creation as soon as you catch a glimpse of the peculiarly brilliant artwork on the cover and throughout the booklet of one of his compact discs. Monty’s hard rock endeavors over the past decade began in 2001, when Colvin attempted to reinvent himself under a new moniker: Crunchy. 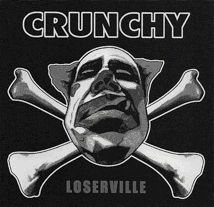 On their first release, All Day Sucker, Monty and his cohorts went all out melodic hard rock.  Featuring highlights ‘Love (Comin’ Out Of Our Ears)’ as well as the self-titled opening track Colvin creates the kind of contagious power-pop that most bands can only dream about. Colvin’s lyrics are ripe with humor and light-hearted self-depreciations. There wasn’t much not to like about Monty Colvin’s first solo project but amazingly six years later he did one better.

In 2007, Loserville dropped like an atom bomb.  A blissful blend of metallic riffs and tasty melodies, Loserville features some of the most exciting hard rock since, well…Galactic Cowboys.  Career highlights include the frantic opening track, ‘We Don’t Fit In’, as well as scorchers ‘Aftertaste’ and ‘Freakboy.’ Talk about an artist in his prime, hitting his stride and totally in a zone…Loserville delivers!

Go to Monty’s site and pick it up……I did! The purchase of Loserville is a win/win!!!

While primary songwriter and creative genius Monty Colvin was the brains, the equally charismatic and gifted lead vocalist Ben Huggins was the heart of Galactic Cowboys. With his good looks, great hair and talent to spare Ben Huggins may be rock’s last great frontman. Huggins has always had major pipes while injecting his songs with socially conscious lyrics and adding a bit of southern flare (whether strumming the acoustic or working the harp) into the Cowboy’s music.

Huggins has recently been fronting the hard rock outfit, Gristle, whose debut album Cold Blue Sky is a revelation. Stylistically the band is modern rock meets classic rock with a little progressive/psychedelic rock thrown in. As for Mr. Huggins, he is taking no prisoners throughout this stellar release. He’s never sounded better as he belts out the lyrics with purpose and conviction. 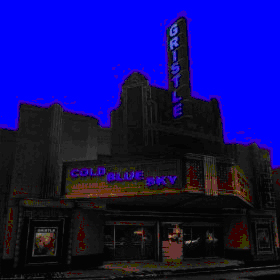 On the vital lead track ‘Save Me’ when Ben proclaims “Save Me From This Place, Save Me From Myself, Save Me From Disgrace, Save my Soul From Hell” you know he’s not messing around as he speaks of spiritual struggles in the midst of wordily degradation. On the epic anthem ‘All Alone In Paradise’ you can’t help but feel your emotions turned inside out…..Ben sings every critical word with deep sincerity along side a soaring melody throughout the chorus

A repeated theme throughout Cold Blue Sky are the realities of the spiritual conflicts and personal hardships that drive the shaken believer to cling to faith while fighting through life’s storms and holding out for a better reality…..is there a Christian that cannot relate to these existential truths? …….this is not fluff subject matter!

The importance of the messages being expressed is greatly enhanced by the spiritual imagery and deep sentiments throughout the album, definitely not lightweight material…..and the excellent hard rock musicianship compliments the lyrical content perfectly.

Huggins revisits another common theme on the dreamy ‘All the Offenders’ in which Ben targets the indiscretions and transgressions of government (those in authority).  Ben’s contributions on this album, easily one of the best releases of 2010, is a fitting reminder of the amazing impact music can have when an artist forgoes commercial preoccupations in an effort to create a work that brims with honesty and integrity.

The impressive output from these two former cowboys is just another shining example of the amazing legacy that is…….Galactic Cowboys…..Pump Up The Space Suit!!!