As Cities Burn announces ‘Son, I Loved You at Your Darkest’ Ten Year Anniversary Tour

Great news for Summer 2015: As Cities Burn will be back on the road touring in support of the ten-year anniversary of Son, I Love You at Your Darkest. The tour will feature special support from Emery. The band, which split ways in 2009 only to reunite in 2011, is releasing long-awaited new music this month with two new songs and a new music video later today.

Catch the dates below and purchase pre-sale VIP packages beginning at 5 p.m. CT. 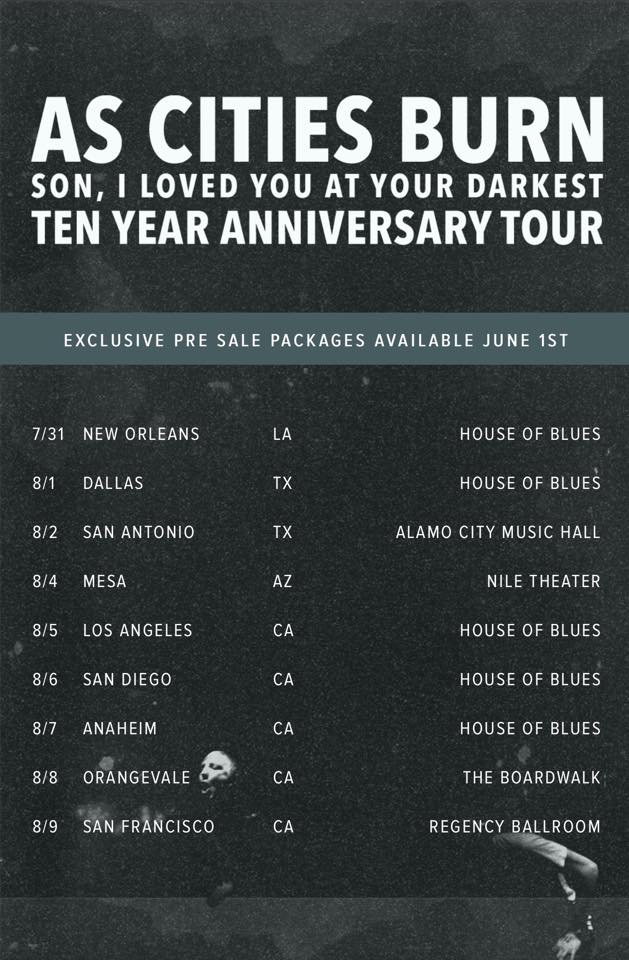