ALL STAR UNITED RALLIES FOR LATEST PROJECT, THE GOOD ALBUM 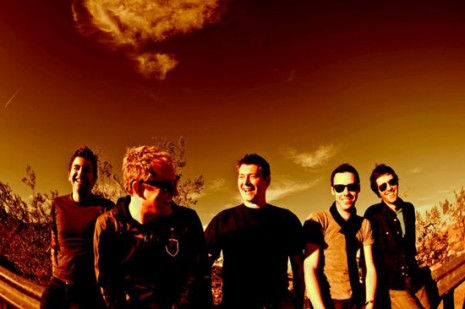 GRAMMY-nominated rock outfit All Star United reunites for the release of its sixth and boldest project to date, The Good Album. The record, which is available now in both the U.S. and internationally, features production by award-winning producer/songwriter and All Star United frontman, Ian Eskelin.

The legendary group, whose career spans ten years, 20 countries and 1000 live shows, once again feeds the frenzy of its global fan base with The Good Album. True to All Star United’s high-energy, fist-pumping rock sound, The Good Album maintains the band’s lyrical style as well, pushing boundaries with songs that explore our cultural tendencies toward materialism, pleasure-seeking, and celebrity-worship.

“We keep making All Star records because it keeps us sane,” Eskelin explains. “Writing and producing for other artists is a very different thing from saying what you personally really want to say in the way you really want to say it. Making an ASU record means we don’t have to hold anything back. That means a lot of guitars and a lot of satire, and a whole lot of fun.”

Among the most playful songs on the record is “Dude…That’s Freakin’ Awesome!” written as a rousing reminder that we’ve only got one life to live and should invest it in things that matter. Other tracks include “The Blame,” “Lights Out,” “Good Luck With The Girls,” and “Surface of the Sun,” which is currently the No. 3 “most added” and No. 8 “new & active” song on the Radio & Records Christian Rock chart. Fans can purchase the CD online at iTunes, Amazon.com, http://www.allstarunited.storenvy.com/ and www.musichristian.com/allstarunited/html.html

All Star United debuted on the music scene in 1997 with its critically acclaimed, self-titled LP. The project earned the band a GRAMMY nomination as the year’s best Rock/Gospel album and launched four CCM chart-topping hits, including the aptly titled “Smash Hit.” The quintet returned two years later with International Anthems for the Human Race. In 2002, the band found a home in UK-based Furious Records, and released Revolution. All Star United’s last project Love & Radiation, released in 2006, found significant traction with prime time TV placements on ABC and CBS as well as the film trailer for the movie “Superbad.” For more information visit www.allstarunited.com or www.myspace.com/allstarunited.