Aaron Gillespie will now be touring and drumming with Paramore, he confirmed yesterday.

I'm filling in on drums for @paramore but unfortunately that means I have to cancel my Sept solo shows. Details here: http://t.co/lKfjh4nWSt

Gillespie, who was a member of Underoath and currently fronts The Almost, is having to cancel some of his September solo shows to make the gig work, but, since Paramore is huge, seems well worth it. He Instagrammed the following shot: 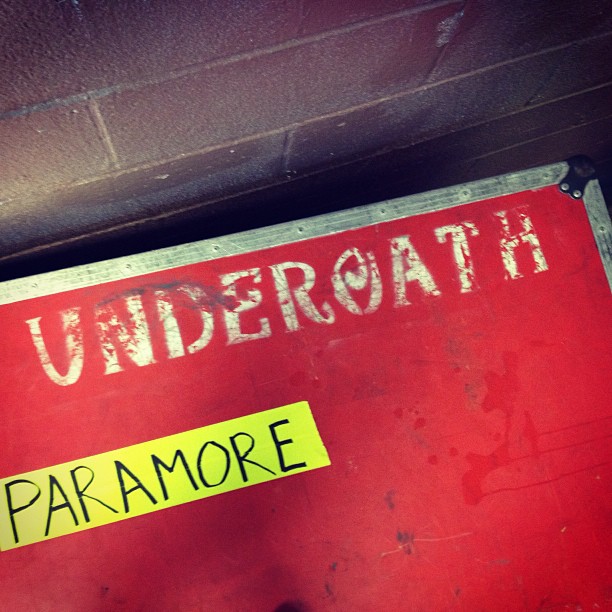 As Metal Insider points out, it’s not the first time this type of switch has happened.

Former Thursday drummer Tucker Rule and From Autumn to Ashes guitarist Brian Deneeve are currently backing UK boy band The Wanted, and Poison the Well founder Derek Miller has had way more success with Sleigh Bells than he did in PTW. It’s also worth noting that Gillespie follows in the footsteps of drummers Josh Freese (ex-A Perfect Circle) and Ilan Rubin (Nine Inch Nails/ex-Lostprophets), both of whom were touring members of Paramore in the past few years.

If you don’t have tickets, you might want to splurge and see this one-of-a-kind performance.