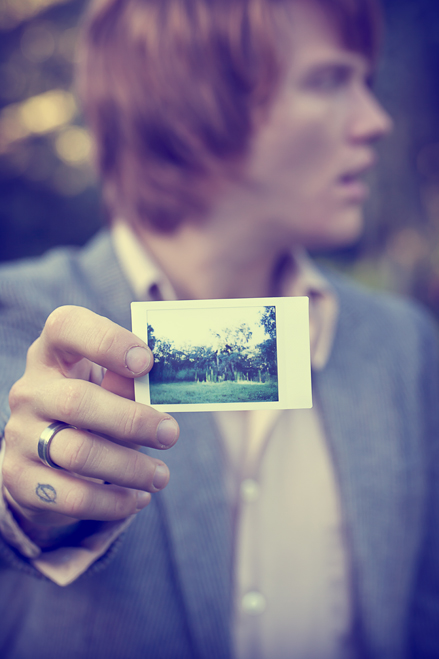 What path leads a fourteen-year-old drummer from being told that his skills aren’t very good (and his playing too loud) to being voted HM’s 2008 Favorite Drummer while with metalcore band Underoath to fronting successful alternative rock band The Almost … to a definite (and still loud) call to worship? Apparently, that path goes through Africa.

Aaron Gillespie was that teen when he joined fellow church member guitarist Luke Morton in Underoath. As he later blogged, “I just knew I was young and had an incredible opportunity to play as fast as I could, which was super fun.”

After some eight releases, two Grammy nominations and line-up changes that left him as the only remaining original member, Aaron left Underoath in 2010. The internet was alive with rumors about the breakup but both Aaron and the band said it was a prayerful group decision.

“There is no bad blood, there is no anger, I was in that band for eleven years, I love every person with my whole heart, I love the music we made together, the shows we played and the good times we had,” Aaron blogged at the time.  “People change, times change, and sometimes change just comes hunting for you.”

Now he admits, “God had been calling me to do it for years, but I was having too much fun.” He says it was absolutely the right decision for him to close that phase of his life. Although he says he misses certain things about Underoath, metal and those fans, he says he’s found peace walking where God wants him.

Before leaving Underoath, he had already formed The Almost as a side project and released 2007’s Southern Weather. He played every instrument, except for a few bass parts. Now, he limits himself to lead vocals, rhythm guitar and keyboards.

While The Almost is still a part of his life, Aaron is currently touring to promote his first solo effort Anthem Song. Label Tooth & Nail Records calls it “an honestly ragged, often rocking praise and worship set.”

It was during a 2010 Compassion International mission to Uganda that Aaron experienced the epiphany that lead to leaving Underoath and putting together this latest project, Anthem Song.

“I guess I had this thought the trip would change me. Yet five or six days in – you see all you thought you’d see – but I didn’t feel this big shift,” he explains. “Then we went to this church service. You could feel the spirit of God down the road. I mean, 2,000 Ugandans praising God like nothing I’ve ever seen before.”

Deeply touched, he asked God, “Why don’t we have that here (in America)? And I felt God telling me, ‘Because you worship me circumstantially, based on what you have.’”

Aaron noted the Africans, who are so poor and needy, worship God just because He exists. God reminded him, ‘I made you to worship me.’

He says, “Before I was on the road, I was leading worship at church, you know at 15 or 16, so I always wanted to do a worship album. But I got caught up with everything that was going on and I kinda wasted my influence.”

After so many years of touring with Underoath, Aaron says it had become more about what was in it for him.

This worship tour, Aaron says is different. “I’ve never gone out with just one thing in mind – That’s to make Jesus famous. That’s what this is about,” he says. “It’s been crazy. In the last three to four weeks we’ve seen 900 people come to Jesus.”

He adds, “The Bible says ‘Seek ye first the kingdom of God and His righteousness; and all these things shall be added unto you.’ (Matthew 6:33) We quote it, we believe it; but we never buy into it and do it.” He notes that hypocrisy is sometimes one of the problems unbelievers have with Christians.

As well, Aaron feels there are some Christian, who listen to bands like Underoath and The Almost, who aren’t comfortable in a traditional worship service. Often, they simply don’t see worship as ‘cool’.

Aaron does. He spoke while preparing for an outdoor acoustic set in Corpus Christi, Texas. He says this tour is an economical one, playing mostly colleges and churches and doing some of the driving himself. “We’re not going out entitled,” he says.

As winding as Aaron’s path in life has been, don’t worry that it’s too easy. In March, while driving all night between tour dates, he posted this down-to-earth Twitter at 7:55 am: “Ran out of gas, walked to gas, battery Dead. Rode in back of cop car to buy jumper cables”.

“That was the worst!” he laughs. “I hadn’t driven a van in a long time, plus being so tired, I forgot they do things like run outta gas!”

At least the worship tank is full.