A Q&A with the author of The Complete Visual Bible (not God, the other guy) 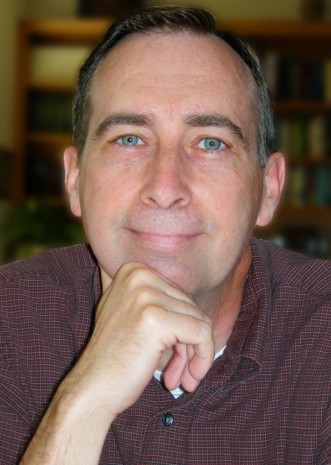 Q: You started out as a newspaper reporter. Did you ever regret making the jump to Christian writing?

Sometimes I’ve felt like I was preaching to the choir—just another Christian writer making pecking sounds on a keyboard for the enlightenment of the enlightened. At times I wonder if I could have been more helpful as a Christian working in a secular newsroom.

What I do know is that I love what I’m doing. I get up each morning looking forward to the day’s work—well, most mornings.

It’s reassuring, too, when I hear from folks who are new to the faith or who are exploring Christianity and the Bible, and they tell me that one of my books is helping them.

Q: Why did you make the jump to Christian writing?

I was arrogant. I saw the stinky cheese magazines, books, and Sunday School take-home papers coming out of my denomination and other churches and Christian publishing groups, and I figured they needed me—and any other Christian who understood the basics of journalism.

One editor of a take-home Sunday School paper actually ran the name of his magazine upside down in one issue. When I asked him why he did that, he said that since he ran the full-page, front-cover photo on its side (which is another big no-no) the reader would have to turn the magazine sideways to see it. So he said it’s logical to assume that the reader would continue rotating the magazine clockwise to read the name upside down.

Mr. Spock would not have been impressed. Nor would Mr. Pulitzer.

When I started working as an editor for my denomination, I was the odd man out. Most other editors were has-been pastors. By that, I mean they had been pastors. Some, however, were “has beens”; they were worn-out pastors. Others had been wonderful pastors, and should have kept that day job. A rare few could write well. There was no one else I knew of who was educated in both editorial and biblical studies. Not in those early years.

Christian publishing has come a long way since then. But we’re still playing catch up to the big boys. We still need better writing, better design, better printing quality, and more marketing than you can shake a stick at. Readers need to know that the help they want is out there.

Q: You don’t usually take a position in your books—especially on controversial topics. That’s unusual among Christian writers. Why don’t you let your readers know where you stand?

In the not-too-distant past I had a book project cancelled for that very reason—because I refused to take a position on a controversial topic. I had already written the book, on assignment, and with my non-position clearly expressed in the samples I submitted. But the publisher had second thoughts. And I wouldn’t budge. We both felt strongly about the matter. They lost the advance they paid me. And I lost the book deal with them—and any potential deals in the future. Fortunately for me, another publisher picked up the book.

I think that’s what many non-Christians and new Christians want when it comes to matters of faith. They want to know what the Bible says and how different scholars interpret it. Then they want to draw their own conclusions.

2. On many controversial issues, I don’t have an opinion. If the Bible doesn’t talk about it—and there’s a lot the Bible skips—I’m relaxed about saying, “I don’t know, but in God I trust.”

Here’s what I think about those tough topics that the Bible doesn’t bother giving a boo-hoo or how-do-you-do. When the Bible is silent, I expect God’s Spirit to fill in the gaps.

Jesus told his followers that God would send the Spirit as a Counselor. In moments of crisis, when I have a big decision to make about something the Bible doesn’t address, I don’t plan on making my decision based on some of the brainwashing I’ve experienced in sermons—or on passionate opinions from other well-intentioned people who don’t have a biblical leg to stand on. I expect God himself to guide me.

Q: You say you try not to think about Christians while you’re writing. Why not?

Actually, I do think about new Christians along with non-Christians. It’s the veteran Christians I try to ignore.

If I can write about the Bible and the Christian faith in a way that intrigues people outside the faith or folks barely on the fringe of faith, longtime Christians will come along for the read.

But if I start with the longtime Christians, I’ll get so worried about offending them that I’ll water down my writing. I’ll stop asking the tough questions that non-Christians ask. I’ll stop mentioning some of the more troubling facts that, at least on the surface, look like they contradict the Bible.

I want my readers to trust that I’m doing the best I can to help them see the Bible from many different points of view—so they can think for themselves and make up their own minds. I don’t want to come across as some guy doing their thinking for them. I’m digging up the interesting research for them, but the decision about what to do with it is theirs.

Converting readers to Christianity isn’t my job. It’s God’s job. My job, as I see it, is to report the story.

That’s the same job Jesus gave his disciples. It was his last request before he returned to heaven: “Be my witnesses, telling people about me everywhere” (Acts 1:8, New Living Translation).

I’m writing most days, and usually at my desk between 8 or 9 a.m. Thirty-minute lunch break at noon, with a news tag team: Kansas City Star newspaper and CNN. Back to work from 12:30 to 4:30—often later. Since I do my own photo research, I’ll often do a little extra of that in the evening, now that the kids are gone from the house. I often work some on the weekends, but not much writing—more office stuff and photo research, the easier chores.

Q: How long have you worked as a writer?

More than 30 years, which is hard for me to believe. I started making a living as a fulltime newspaper reporter in 1975. I’ve been working as a fulltime freelancer for about half that time, since 1994.

Q: What was your toughest book to write?

God have mercy on me and Barbour Publishing, it was about Bible prophecies.  It’s called The Complete Guide to Bible Prophecies and it released in March 2010 from Barbour.

That was a tough topic, and tough year of research and writing.

Most books about Bible prophecy offer one point of view as though it’s God’s honest truth. But I approached the topic as a journalist. So I reported on what different Bible experts have to say about the prophecies, along with the reasons behind their theories.

My head is still spinning from all those theories. It was quite a task to wrap them up in one lavishly illustrated book that will captivate non-Christians. At least I hope it captivates them.

That’s always the worry, that I’ll spend a year of my life writing something no one wants to read. I’ve got only so many years to work with, you know. 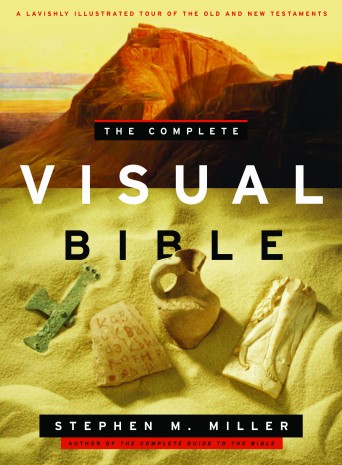