The North Carolina metalcore group Valleys has dropped a new lyric video for “Mountains Meet Oceans” in advance of their debut full-length album, Experiment One: Asylum, dropping early 2016. In the interim, the band has announced they’ll be trekking the country on short run in the After the Slaughter Tour, beginning Aug. 13 in Maryland.

The band has previously released a seven-song EP, Reborn, in 2014 after a few lineup changes. 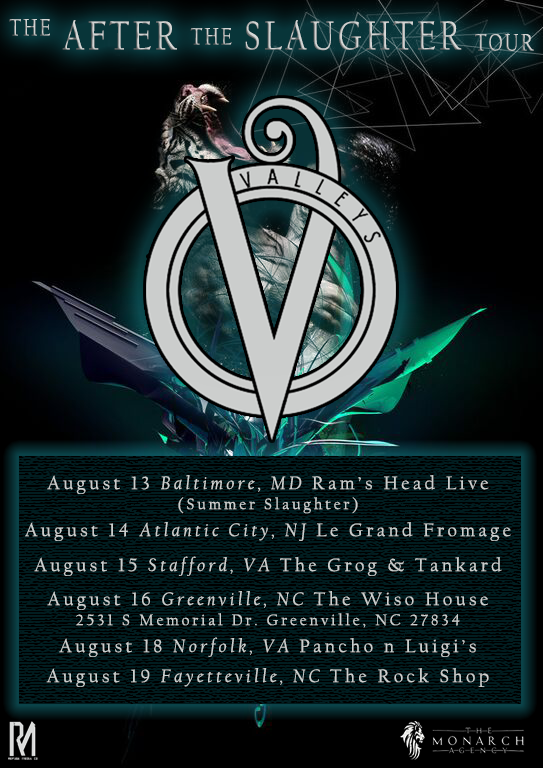