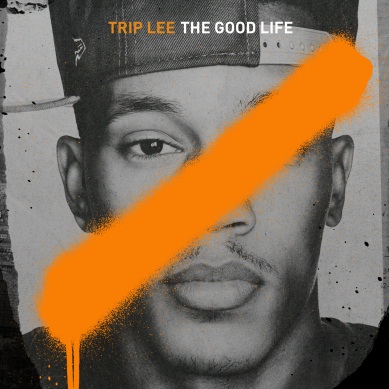 Reach Records’ hip-hop artist Trip Lee continues momentum with the release of his 4th studio project, The Good Life, debuting at the debut #3 on iTunes and #2 on the hip hop chart (iTunes). Hitting stores nationwide April 10, 2012 through Reach Records, The Good Life celebrates the truth in real life through its unique style and lyrical content.

In conjunction with his album release, Trip has partnered with Voice of the Martyrs, unveiling a brand new video this week for “I’m Good.” The powerful track, which features Grammy-nominated label mate Lecrae, is a group effort to raise awareness of the persecuted Christian church. A portion of the proceeds from the song will be donated to Voice of the Martyrs.

The Voice of the Martyrs is a non-profit, inter-denominational Christian organization dedicated to assisting the persecuted church worldwide. VOM was founded in 1967 by Pastor Richard Wurmbrand, who was imprisoned 14 years in Communist Romania for his faith in Christ. His wife, Sabina, was imprisoned for three years. In the 1960s, Richard, Sabina, and their son, Mihai, were ransomed out of Romania and came to the United States. Through their travels, the Wurmbrands spread the message of the atrocities that Christians face in restricted nations, while establishing a network of offices dedicated to assisting the persecuted church. The Voice of the Martyrs continues in this mission around the world today helping Christians who are or have been, persecuted for their involvement in spreading the gospel of Jesus Christ. They provide medical assistance, food, clothing, and other forms of aid.

“It is such an honor to partner with Voice of the Martyrs and raise awareness about persecution and encourage believers to stand firm,” says Trip. “’I’m Good’ is an anthem that communicates our security in Christ and inspires Christians to stop living in fear and start living in Romans 8. If we’re united to Jesus – that can never be taken from us. Whatever comes my way, He has taught me to say, ‘It is well with my soul.’”

Teaming up with some of the Christian music’s top artists such as Lecrae, KB, Andy Mineo and Jimmy Needham on production and musical fronts, The Good Life celebrates the truth and features new powerful songs like Trip’s first smash single, “Robot” that unveils the world, the flesh, and the devil’s lies by letting listeners know that they don’t have to be controlled by those lies.

Continuing to fight against the status quo with Trip and stand for all former robots, Reach Records is currently featuring The Robot Factory: the video game (http://reachrecords.com/blog/post/Introducing-The-Robot-Factory-Video-Game). Bringing back a classic with a twist, The Robot Factory was inspired by the classic arcade game Space Invaders, which was released in the early 1980’s. Fans can play the game while rocking to “I Am Not A Robot,” and if they can beat the game, they will receive a coupon code for 25% off the new “Robot Factory” t-shirt.

Trip’s debut album, If They Only Knew, hit stores nationwide a few days after his high school graduation.  That same year, he was also featured on the Dove Award-nominated, timeless classic “Jesus Muzik” with label mate Lecrae. Trip’s sophomore album, 20/20, was released in 2008 and garnered much success: breaking into the Billboard Top 200, reaching #11 on the Billboard Christian albums chart and landing at #4 on the Gospel chart. With his third studio album, Between Two Worlds, Trip offered a collection of reflections on life in a fallen world.

Those reflections resonated with listeners as B2W debuted at #1 on the Christian and Gospel Billboard charts, #5 on the Hip Hop/Rap iTunes chart and #9 on the Top Albums iTunes chart. The album also received two Dove nominations and a Stellar Award for Best Gospel Rap/Hip Hop Album of the Year.

The Good Life is currently available via iTunes or at Target, Walmart, Mardels, LifeWay and Family Christian stores.  You can also purchase deluxe versions of project as well as album merchandise at the Reach Records storefront http://www.merchline.com/reach/ .