Melodic metalcore outfit The Death in Me has announced a headlining tour with support from Meadows and Big Steve. The Raleigh, NC-based band recently premiered their new single, “Dragging Chains,” with HM. Catch the dates here: 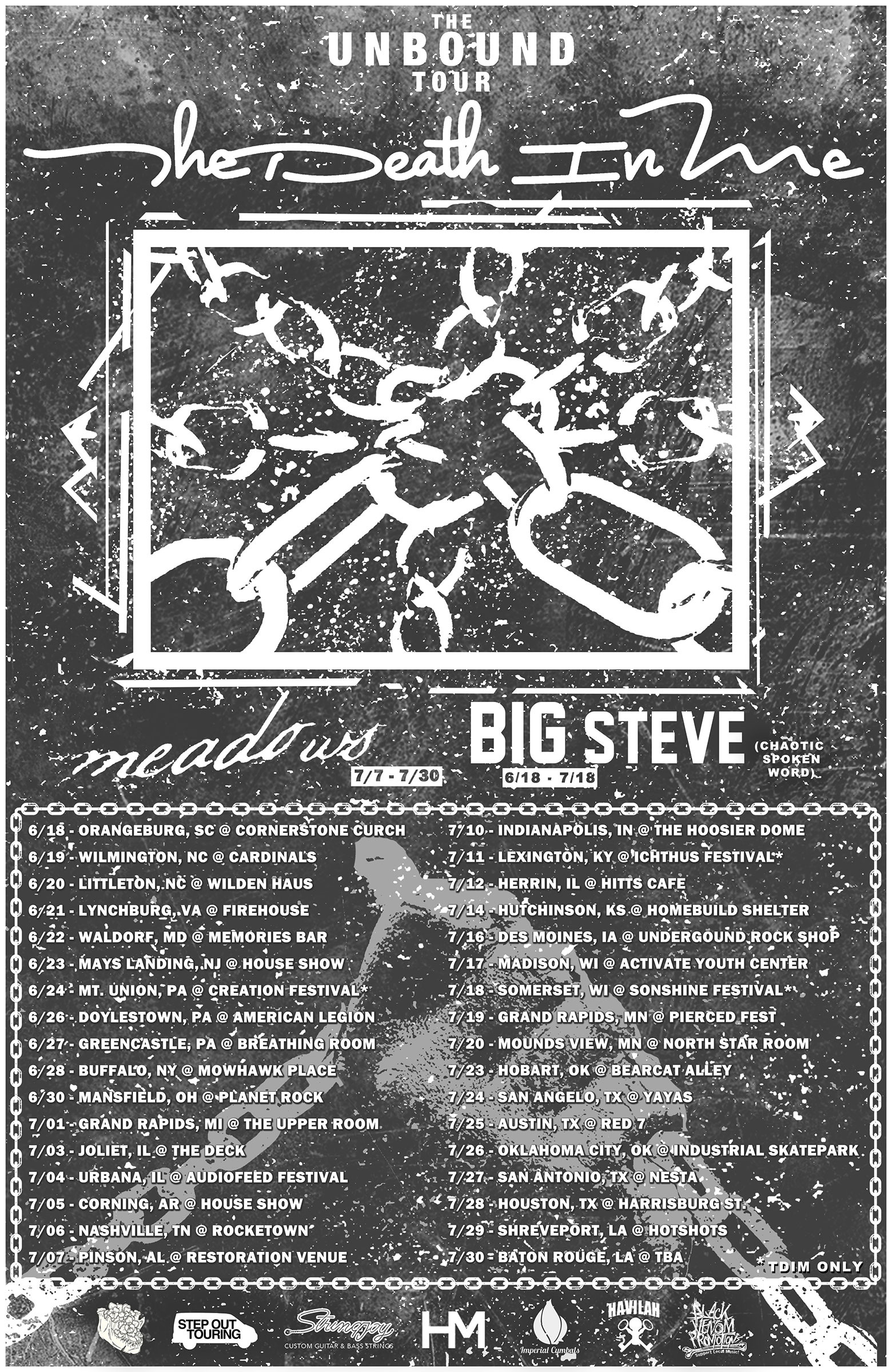