SXSW 2011 is already upon us. I’m very thankful to God for the beautiful weather that we’re having, because it’s a real drag to be walking all over parts of downtown in the pouring rain or chilling weather. Anyway, as I start my reporting of the SXSW experience later on today, I thought I’d start off and list a few of the films that I’m looking forward to and/or that hold some real promise. Here’s a few that really have my interest: 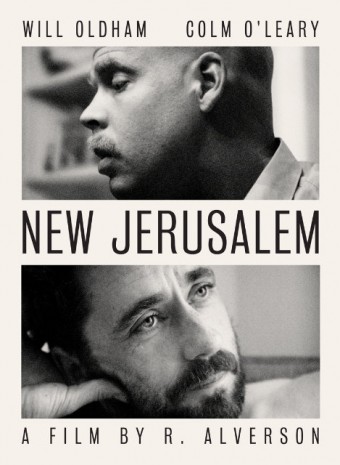 New Jerusalem
New Jerusalem is the second feature film from director R. Alverson, and will make its North American premiere as part of the Emerging Visions section at SXSW. The film stars Will Oldham in his first leading role since Kelly Reichardt’s 2006 feature Old Joy, and Colm O’Leary (who co-wrote the film with Alverson).
Sean (COLM O’LEARY), an Irish immigrant to America, returning from military service in Afghanistan, finds his heart and mind in disarray. He befriends Ike (WILL OLDHAM) a strong willed Evanglmelical Christian, who endeavors to ensure his salvation. Inundated by a relentless fragility, Sean is confronted by a choice between the temptation of certainty and the chaos of the world around him. A meditation on friendship, need and frailty, New Jerusalem explores the allure and limitations of modern utopian belief.
Watch the trailer for New Jerusalem:

03/11/2011 Alamo Lamar C, 10:00 PM
03/14/2011 State Theatre, 10:45 AM
03/18/2011 Rollins Theatre, 5:00 PM
New Jerusalem at Jagjaguwar
The Official New Jerusalem site
It’s always interesting to see the plot of someone trying to “save” or share faith with another. It looks like New Jerusalem will delve into just that. Another one that involves faith has a slightly different take. Apparently it’s about two people posing as believers to infiltrate a cult and get a loved one out. 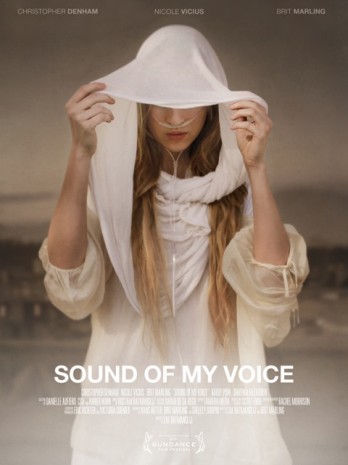 Peter (Christopher Denham) and Lorna (Nicole Vicius), a young Silver Lake couple, delve into the underworld of a cult that meets in the San Fernando valley. At the center of the group is an enigmatic young woman named Maggie (Brit Marling) who never leaves her basement chamber. The members follow Maggie blindly-growing her food, obsessively sanitizing the house, giving her their own blood for transfusions. But why? We follow Peter and Lorna as they smuggle hidden cameras into Maggie’s basement bent on exposing her as a charlatan and freeing the members from her spell.

Here’s some of the film company’s social media hype:

…This could be a fun one to watch: It’s a documentary on the very film festival it’s airing at.

Outside Industry: The Story of SXSW

OUTSIDE INDUSTRY: THE STORY OF SXSW is a documentary that introduces the four founders of SXSW and chronicles the origin and evolution of the festival, from a small local music festival to its present stature as the biggest music industry event in the world.  The documentary is also very much a love letter to Austin, and illustrates how Austin came to be the center of the music universe each March.  The world premiere at SXSW 2011 is fitting because this year happens to mark the 25th anniversary of the festival.  The film includes rare footage of music performances including Iggy Pop and Johnny Cash, to name a few. OUTSIDE INDUSTRY: THE STORY OF SXSW will premiere in the 24 Beats Per Second Category on the following dates/times:

About Outside Industry: The Story of SXSW

In 1980, four guys living on next to nothing started a regional music conference in Austin, Texas.  They had no money, little experience, and low expectations. South by Southwest has grown from 700 attendees in its first year as a music-only festival to over 36,000 participants in 2010 for its expanded music, film and interactive festivals, achieving a global significance far beyond what the founders had dreamed. The festival’s massive and rapid success also drew backlash, criticism, and even arson, as the outsiders became the insiders. Outside Industry: The Story of SXSW goes backstage to show how this unprecedented music phenomenon became the most important music industry event in the world. The film features rare footage of rock legends such as Iggy Pop, Johnny Cash and Lucinda Williams and interviews with the four founders and key players in the history of SXSW.
Filmmakers’ Bio

Alan Berg, co-founder of Arts+Labor, is the film’s director. Berg won his first Emmy for the documentary short South by Southwest: The Business of Music in 1994, and he directed two additional feature-length documentaries that were distributed nationally by PBS. On this latest film, Berg leads a creative team that collectively has won international industry awards and screened at major festivals including Cannes Film Festival, Venice Film Festival, LA Film Festival, Tribeca, and Sundance. Joining Berg as Producers are Jason Wehling and Dawn Johnson.  Wehling is a winner of the John Cassavetes Independent Spirit Award for August Evening.  Johnson is an Emmy Award winning producer with fifteen years experience producing independent documentaries, as well as network series for PBS and A&E.
About Arts+Labor

Founded in 1999 by Alan Berg and Kristin Johansen-Berg, Arts+Labor is a creative content company specializing in film, video, motion graphics and documentaries. Craig Parks joined the firm as Partner in 2009. The company has experienced significant growth over the past two years, and has produced a wide range of videos, films, online content and TV commercials.

…And here’s one with an interesting angle… 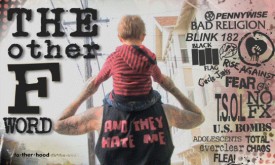 The Other F Word
The word in this case is “father” (or fatherhood) and it’s a peek into the lives of punk rock icons who are now dads. 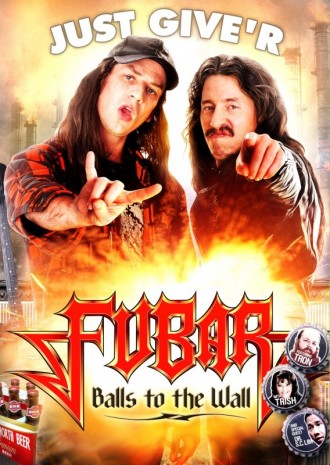 Fubar: Balls to the Wall
It’s a silly story that shows two guys down on their luck that do what they seem to be best at: party their butts off and stay high or drunk as much as possible. With few brain cells left or functioning, it’s like a microscope on the human tendency to unravel and dive headfirst into debauchery. A redemptive angle to the lives these two guys (imagine Bill & Ted, Bob & Doug McKenzie and Cheech & Chong rolled into one out-of-control story) is seeing how the love they have for one another and forgiveness enter into their relationship at crucial times.

Taken By Storm (Thorgerson)
This artist, Storm Thorgerson, is responsible for a ton of the iconic album covers from the early 70s onwards. If nothing else, the visuals in this film should be stunning. Interestingly enough, this film was financed on Kickstarter.com last summer.

If these films hold up to their promise, it should be a great SXSW this year (especially since this is only a handful of the films showing during the next week.