Sojourn Music release “The Water and the Blood”

It is significant that Sojourn has released their new indie Christian album, The Water and The Blood: The Hymns of Isaac Watts two days after Easter. Their seventh recording is timed perfectly to appreciate, reflect, and find more meaning in the sacred holiday.

The Water and The Blood: The Hymns of Isaac Watts takes you through hymns that have a distinct Roots/Americana feel to them while communicating a universal message to their audience. Musicians with backgrounds in jazz, country, pop, and punk rock came together for a common cause while seeking to serve the Church with meaningful contemporary music.

Since launching in 2000, Sojourn Music has recorded 7 albums of original music, including the critically-acclaimed album Before the Throne. Sojourn’s music is very powerful. The members of the band come from a church with three campuses in Louisville, with 2500+ people gathering on Sundays for worship.

The musicianship on The Water and The Blood: The Hymns of Isaac Watts is exceptional, which gives their message more of a universal touch point for those that have not been exposed to their unique brand of Christian artistry. Every word is felt on the recording because the vocals are on par with the music, making for a touching blend of spirit compelled with the belief that a positive message simply cannot be ignored.

The Water and The Blood: The Hymns of Isaac Watts is available on CD, Digital format and vinyl LP.

“We’re excited to release this new collection of hymns. It’s music that comes from a real sense of community and faith, connecting emerging generations from the 300-year-old work of the father of the English hymn. We can’t wait to introduce you to Isaac Watts,” states Michael Cosper, Pastor of Worship and Arts for Sojourn Community Church.

Visit the Sojourn website for updates, media and more in depth biographical information on the band and their upcoming events. You can also preview a video that describes The Water and The Blood: The Hymns of Isaac Watts here: http://bit.ly/hQN3yg 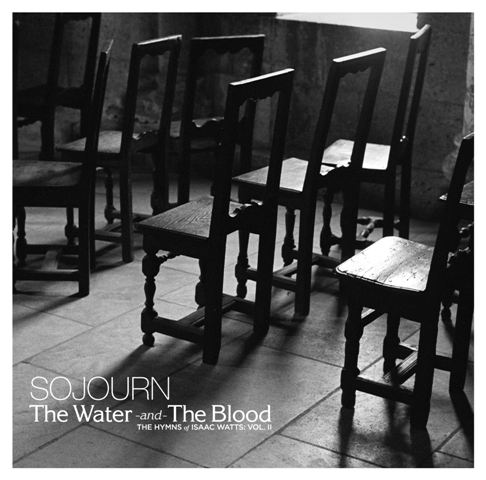